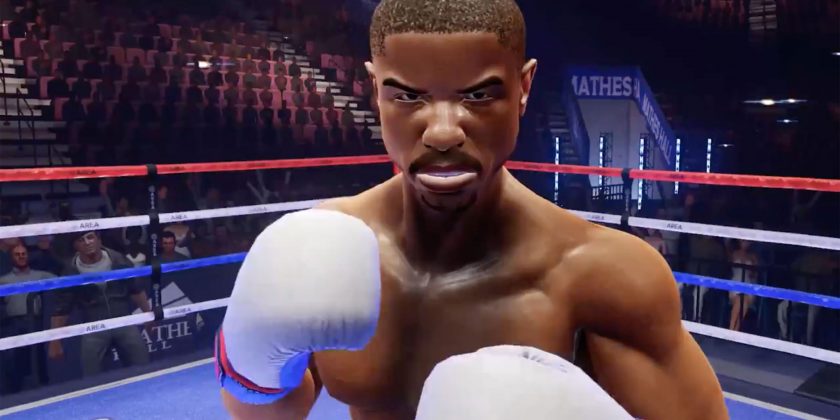 It’s one thing to be Adonis Creed: To train every day and to put your life at risk when you step into the ring (particularly when your opponent is the son of Ivan Drago). It’s another thing entirely to pretend to be Adonis Creed. That’s where Creed: Rise to Glory comes in.

The virtual reality game allows you to step into Adonis’ shoes — literally, if you look down, you see his feet — without having to put in any of the hard work. Trust me, I played it. For anyone who’s ever wondered what it’s like in a ring, Creed: Rise to Glory is about as close to real life as you can get without actually stepping in a ring and risking getting hit. But you don’t have to do anything until you’re ready. The game allows you time to train before your fight, if you need. Ever wonder how hard it is to hit a speed bag? Turns out it’s even difficult in virtual reality! And, once you’re ready, you can pick your opponent in the ring, where you’ll be given the chance to float like a butterfly and/or throw as many punches as possible. Whatever method works for you.

One thing I can guarantee: Perhaps the most life-like part of your VR experience will be the need for some water and a towel. You will work up a sweat playing this game, and maybe for a moment, you can convince yourself you actually did train for this.

Creed: Rise to Glory and Creed II are both out now.