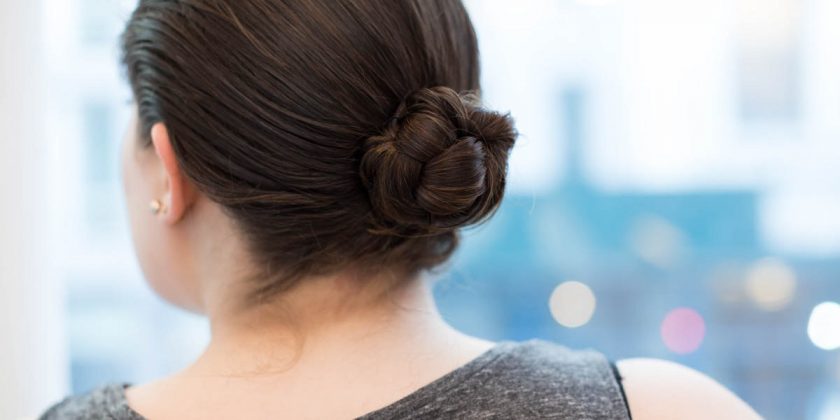 Pre-menstrual syndrome, more commonly known as PMS, can really throw a wrench into a lot of people’s lives, but this often happens in very different ways. One thing people think is universally true is that people tend to get very sad or weepy right before their periods. But experts tell Bustle that, on the contrary, feeling less weepy and more angry during PMS actually pretty common — but experiencing debilitating irritability or anger might indicate a separate, more serios form of PMS.

Mood changes are an inherent part of PMS for many people, Dr. Leena Nathan, MD, an OB/GYN at UCLA Health, tells Bustle. "Although scientists are not entirely sure why women experience these mood changes, we do know that there is a withdrawal of estrogen and progesterone in the blood stream" in the week before a period, she says. "This seems to lead to lower serotonin levels during that time." This is what can cause increases in mood swings, general feelings of intense emotions — and, yes, anger.

There are many cultural taboos against female anger, so it might feel a bit uncomfortable to experience a lot of rage in the week before your period, but Dr. Nathan says it’s not unusual. Jackie Howe, CEO of the National Association for Premenstrual Syndrome, agrees, telling Bustle, "There are about 200-odd symptoms of PMS. Anger is one of them." Feeling angry at the world right before your period isn’t anything to be concerned about on its own.

However, experts tell Bustle that if you experience intense anger that interferes with your daily life in the week before your period, you may actually have a different kind of PMS. "If the mood is extreme, it is called premenstrual dysmorphic disorder," Dr. Nathan tells Bustle. Premenstrual dysmorphic disorder, or PMDD, is a more severe form of PMS that has very intense symptoms, including psychological experiences. "Anger is quite a strong symptom of both PMS and PMDD," Howe tells Bustle. "However, more psychological symptoms than physical symptoms would epitomize severe PMS. Anger is fairly common."

PMDD is far less common than PMS, and is distinguished by its severity and how much it affects work, relationships and your social life. One of the most common features of PMDD, according to the Office on Women’s Health, is "lasting irritability or anger that may affect other people," rather than the transient anger or mood swings that occur with PMS. A study of women with PMDD in 2016 found that severe anger was one of the most common symptoms.

There’s still a lot scientists don’t know about PMDD. The mental health organization Mind explains that genetics may play a role in its emergence, and that people with PMDD might also be far more sensitive to the hormone changes that occur pre-period. However, spikes of anger on their own aren’t enough to produce a PMDD diagnosis; according to current diagnostic guidelines, they have to be paired with many other psychological symptoms, and doctors also need to make sure the symptoms aren’t being caused by other underling conditions like depression.

Both severe PMS and PMDD are treatable. "I often treat these mood issues with either the birth control pill, which maintains a steady state of hormone in the blood, or SSRI anti-depressant class of medications," Dr. Nathan tells Bustle. "The SSRIs are shown to work even if taken just during that week." Studies reviewed by the National Association for PMS have found that cognitive behavioral therapy, or CBT, is also helpful for people with PMDD, along with medication.

Feeling angry before your period isn’t anything to worry about if it’s of short duration and doesn’t mess with your life. If you’re concerned about it, though, it’s a good idea to talk to your doctor or OB/GYN about your PMS symptoms and how to manage them in the future.