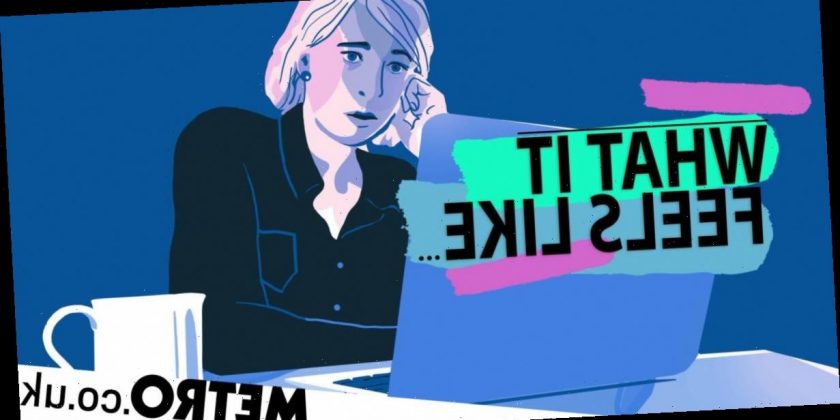 I was at the office when I got the email, from an unknown address, and immediately after opening it I felt sick to my stomach.

Inside was a nude photo of me that I had sent to an ex-boyfriend a few years back.

This was only the start of my torment.

My first thought was that it must be my ex – even though we parted ways amicably – but he was just as surprised and horrified by it as I was. That first email was just the beginning. More started to follow every few days, each including a piece of personal information about me.

None of them had a subject line or any text inside. It was just photos – of the Starbucks where I get my coffee in the mornings, my gym, and later, a photo of my office building, and then the house I live in.

This went on for about two months and I got about 10 emails in that time, so it wasn’t that frequent. But in a way, that made it worse, because I get a lot of emails at work and each time, I thought what if it’s another one?

I felt violated and scared. Fortunately, I didn’t live alone at the time, but I made sure to never go anywhere alone unless I absolutely had to, and I would always let somebody know where I was, just in case. I was terrified that this would escalate to physical violence.

When I got the initial email, I deleted it almost immediately as it was in my work inbox, but a few weeks after this torment, when I finally went to file a police report, I learned that deleting that first email may have been a mistake.

It was the only picture of such kind – nudity – that I had received. Although the whole thing had a creepy vibe, I was told that based on building pictures, the police didn’t have real ground to start an investigation.

I was really upset and knew that I couldn’t live in fear anymore, so I decided to do some research myself, with the help of my tech-savvy brother.

After a few days of digging, we discovered that my old Google photos account had been hacked. I hadn’t used it in years, and I didn’t realise that at the time, all my photos automatically synced from my phone to that account.

We also found discussion threads in forums where people were talking about this type of hacking. They were making fun of women, calling them derogatory names – like femoids – and taking pleasure in terrifying them as much as they could.

They boasted about being able to find out insane amounts of information about women simply by sleuthing their social media accounts. It got much worse if they were able to hack any of them. The way they spoke made me sick.

I considered going back to the police, but then thought, what’s the point? I didn’t feel like my report would change anything. I also decided against contacting Google, mostly because my brother warned me that it would probably lead to another dead end.

Eventually, I got so fed up with the emails that I went to my HR manager in tears and explained the situation. I was set up with a new email address that isn’t as obvious, and I never received an email like that again.

I was still horribly afraid and even got panic attacks a few times, and saw a therapist. This helped me come to terms with what had happened somewhat. After a few months, I stopped expecting to find something horrid each time I heard the familiar ping of an email coming in.

I have no idea who did this to me. I truly believe that it was an internet troll, since after changing my email address and all my passwords this has stopped.

But I’m still afraid that my nude picture is going to come out somehow.

It makes me vary of using things like dating apps, and I barely use any social media. I do have a few accounts (with no pictures of me) just to keep in touch with my family and friends.

Everyone knows not to post pictures of me or at least not to tag me if they do share a group photo, and I’ve also signed up to an online service that keeps all my digital data private.

I am a little saddened that I have to live like this, but it makes me feel safer, so that’s a small price to pay.

If only I had known how easy it was for someone to get into my accounts, I would have never allowed something like that to just lay around for picking. Even though it was never my fault, I felt so guilty for such a long time, and that feeling still hasn’t gone away fully.

The first step is education.

The Internet is an integral part of our society, and yet we’re unaware of the many dangers that may become our very reality.

I hope that by sharing my story, I can prevent somebody else from going through the same thing. I wouldn’t wish it on anyone.