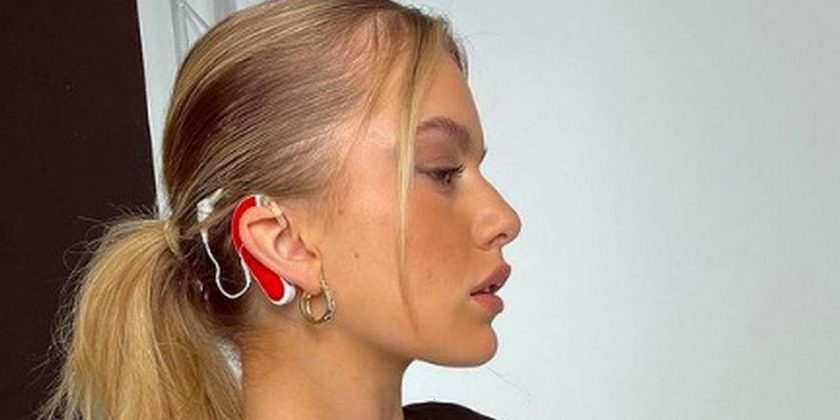 Love Island’sTasha Ghourihas made history in the villa by being the show’s first ever deaf contestant.

On Monday’s episode she was praised by fansfor raising awareness for the deaf community and those who wear cochlear implants.

Model and dancer Tasha, 23, told her fellow Islanders that she was born deaf and wears the implant in her right ear.

She told the singletons: “It doesn’t define me, it's just a part of who I am. It’s my superpower.”

A cochlear implant is an electronic device that can help with hearing and according to theRoyal National Institute for Deaf People (RNID) , cochlear implants “provide a sensation of hearing to those who have severe to profound deafness”. The implant has several different parts, some of which are internal and some which are external.

RNID explains: “Instead of making the sound louder, like a hearing aid, implants use electrical signals to directly stimulate the auditory nerve (the nerve that carries sound from the cochlea to the brain).

“The idea is to provide access to the range of sounds that make up speech. Results vary depending on the individual, and range from an awareness of environmental sounds to hearing speech.”

The internal part of a cochlear implant consists of a receiver with a magnet that is fitted under the skin behind the ear, plus electrodes inserted into the cochlea.

The cochlea is a hollow bone in the inner ear, shaped like a spiral. It is an important factor in the sense of hearing, as it is filled with fluid and picks up vibrations.

Tasha, who calls her sensory loss her “superpower,” explained her journey: “I have a sensory loss which means the small hairs in the cochlear were missing and damaged when I was born. We still don’t know why.”

She and her family learnt British Sign Language though she says she’s become “less reliant on it” due to her implant and learning to lip read.

Tasha explained what happens to her when she removes the implant: “When the outer piece of my device is taken off I cannot hear anything.

“I feel beats and vibrations. People sound a little robotic but my brain has adapted to it and I also rely on lip reading and body language.”

Cochlear implants work when the transmitter coil on the implant sends signals by radio wave, through the skin to the implanted receiver.

The receiver then sends the signals down the wire to the electrodes in the cochlea. “When the electrodes receive the signal, a tiny electric current stimulates the auditory nerve to provide a sensation of hearing”, says RNID.

If she wins the show, Tasha has promised to donate half of the show's £50k prize money to The National Deaf Children's Society.

Love Island continues every night at 9pm on ITV2.

For the latest Love Island gossip and spoilers, make sure to sign up to OK!'s daily celebrity newsletter and Factor 50 – your one stop for all the latest villa news.