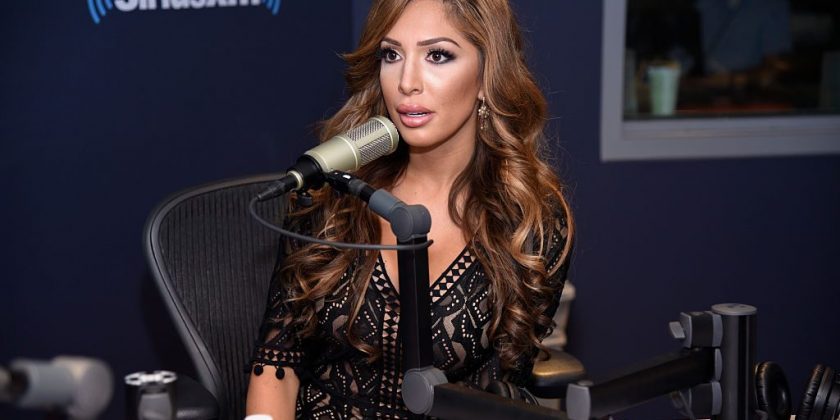 Teen Mom Farrah Abraham seems to stay very busy. She can be seen at awards shows, taking photos with celebrities, and hanging out at over-the-top parties. But what exactly does she do for work? Here’s what we know about what Farrah Abraham does for a living.

One source of Farrah’s income is productendorsement deals. She often promotes different products on her Instagrampage. Unfortunately, the reality star has stirred up some controversy with herendorsements. Fans feel the way some of these products are advertised is inpoor taste because it seems to make light of being a bad parent. In anendorsement for Focus Factor, Farrah admitted she was so distracted she onceleft her daughter, Sophia, in a store. She said she didn’t realize her mistakeuntil she had gotten inside her car:

Ladies (and men): Ever returned to your car and realized you’ve left your child in the store! Omg, this happened once, but since starting @focus.factor Extra Strength there’s no way that will happen! This stuff improved my concentration, memory, and focus majorly! You know I’m momma #1, this gal is getting Sh#% done! Go check out focusfactor.com.

Farrah also makes money from modeling. Lately, she has been modeling products for the retailer Pretty Little Thing. The reality star often posts photos on Instagram of her modeling shoots. However, some Teen Mom fans are upset about the posts because most of the images are quite racy, with Farrah posting nearly naked in many of them. One fan said Farrah should tone it down since Sophia seems to visit the page. The fan pointed out that Sophia “liked” a topless photo of Farrah, which drew concern among many Instagram commenters.

Farrah started a few businesses after reaching fame on TeenMom. However, the reality star has reportedly had some trouble keeping thebusinesses open. Farrah was sued for failure to pay rent for her F&S byFarrah and Sophia Laurent Boutique. Abraham reportedly signed two five-yearleases in 2016. However, she fell behind on rent payments. The company thatmanages the Oaks at Lakeway Mall in Travis County, Texas, requested payment buthas yet to see a check, according to TMZ.The publication also reports the attorney representing Abraham’s boutique saysthey don’t intend to make more payments under the lease agreement.

Farrah Abraham is one of the richest of all the stars whohave appeared on Teen Mom. As of this writing, The Squander estimates shehas a net worth of $3 to $4million. She began building her wealth from appearances on the shows TeenMom, Couples Therapy, and Single AF.

This income source resulted in Farrah losing her spot on TeenMom. Not long after reaching reality TV stardom, Farrah began appearing inadult film productions. She reportedly earns$12,000 for each adult video she posts to CamSoda. However, herparticipation in adult entertainment came at a price since it resulted in thetermination of her MTV partnership.

Farrah Abraham has hinted at a career in film

One of Farrah’s biggest goals is to become a movie star. In 2018, she announced on Instagram that her book My Teenage Dream Ended, would become a movie. She even put out a call for actors to try out for parts in the film. Farrah told Too Fab she wants to be a screen writer and she’s working on pursuing a career in film.