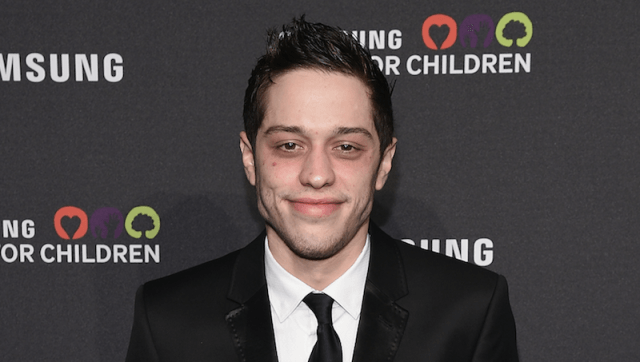 Davidson also received support from an unlikely ally too. Congressman-elect Dan Crenshaw was once a target of Davidson’s Weekend Update jokes. But he reached out to the comedian to offer words of encouragement. So what did Crenshaw tell Davidson and how did the conservative politician and the young comedian become allies?

It all started with this joke

The commentary backfired on Davidson, especially since Crenshaw lost his eye during war. In addition to a number of fans, groups like the National Republican Congressional Candidate insisted Davidson apologize. However, Crenshaw reacted in a video posted to TMZ.  “I want us to get away from this culture where we demand an apology every time someone misspeaks.” He added that veterans across the nation “probably don’t feel as though their wounds they received in battle should be the subject of a bad punchline.”

Crenshaw was invited to appear on Weekend Update to poke fun at Davidson. The jokes were funny, especially, “He looks like if the meth from ‘Breaking Bad’ was a person,” CNN recounts.

At the end of Crenshaw’s commentary, he said, “There’s a lot of lessons to learn here. Not just that the left and right can still agree on some things.” He added, “Americans can forgive one another.” Plus acknowledged that Davidson’s father made the ultimate sacrifice on 9/11. “We lost on 9/11, heroes like Pete’s father.”

And Crenshaw offers this support when Davidson is struggling

Davidson posted an extremely alarming message on his now-deleted Instagram. “I really don’t want to be on this Earth anymore. I’m doing my best to stay here for you but I actually don’t know how much longer I can last. All I’ve ever tried to do was help people. Just remember I told you so.”

He received considerable support and love from a number of people, including his ex, Ariana Grande. But Crenshaw also felt the need to reach out reading about Davidson’s cry for help. Crenshaw told Houston’s NBC affiliate KPRC he found the post to be  “pretty devastating.”

“You don’t want to see somebody in that kind of position… to the point where they’re actually putting out a cry for help on social media… that’s not a good place to be in,” Deadline reports. And while Crenshaw told the NBC affiliate he and Davidson don’t’ know each other very well he personally reached out to Davidson. Crenshaw told Davidson, “God put you here for a reason. It’s your job to find that purpose. And you should live that way.”  Plus he reminded Davidson he has a gift.  “Especially a guy like that,” he added. “He makes people laugh. Sometimes he makes people mad. But he makes people laugh a lot. It was a good conversation.”