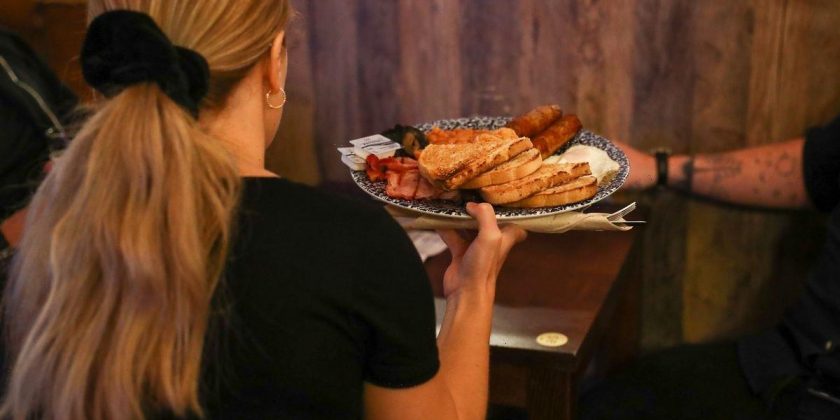 Diners eating at J.D Wetherspoon have been told they cannot bring their own salt to the restaurant even though the chain is running low.

While ‘Spoons is experiencing a shortage of table salt it looks like you’ll have to go without instead of bringing some yourself.

People have been complaining on social media about a lack of salt sachets at the pubs during the latest supply chain crisis in the UK.

Last month, Wetherspoon ran out of both Carling and Coors at 671 of its pubs due to a lack of truck drivers.

And, the whole country was low on petrol at the same time which limited what deliveries were able to be made.

One person on Twitter said: “No sugar in Greggs, no salt in Wetherspoons.

“Country has gone to the dogs.”

Plus, others have posted snaps of themselves bringing salt to the pub from home.

After all, who wants unsalted chips with their dinner? Or eggs with breakfast without salt? The horror…

But, Wetherspoon has expressly forbidden people from bringing the seasoning into its pubs.

A spokesperson told CornwallLive: “There is a shortage in most pubs.

“Wetherspoon is working with a supplier to resolve this.

“No, people can’t bring their own into the pubs.”

Wetherspoon spokesman Eddie Gershon told the Daily Star: “There is a supplier disruption for salt sachets and Wetherspoon pubs are currently running short of salt in some pubs and in others have no salt sachets at all.

“We are working with our supplier to resolve this as soon as possible.”

Have you noticed any other shortages where you live? Tell us in the comments section…