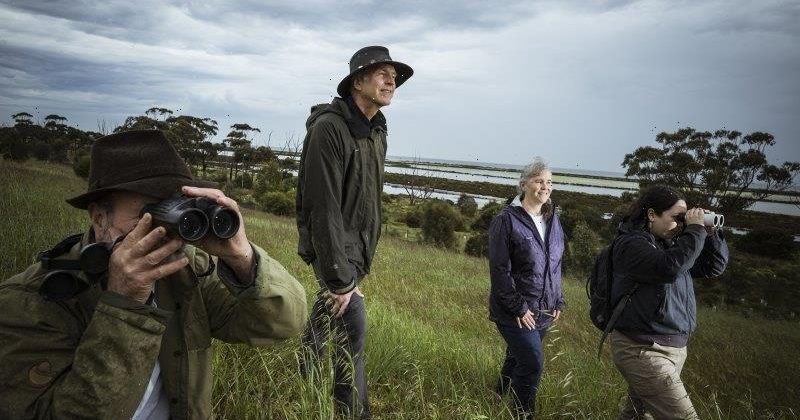 Low-lying, brackish, favoured by insects, damp by definition: To the uninitiated, wetlands can seem a little underwhelming. They often exist at the periphery of urban areas or in inaccessible locations that are overlooked by the public.

But a group of volunteers in western Melbourne wants to change this perception and build the city’s first comprehensive wetland centre, which would be open year-round to the public and stand next to a stretch of pristine salt marsh at the fringes of Port Phillip Bay – an internationally recognised haven for more than 150 species of birds. 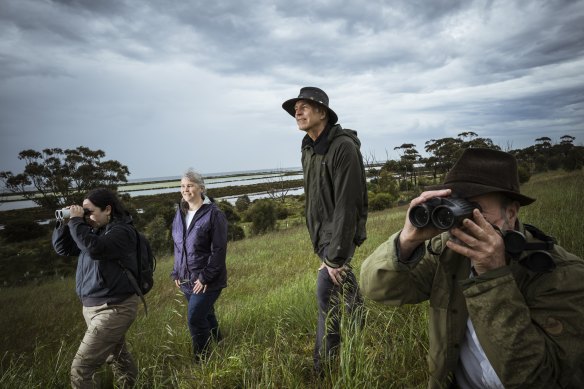 Mel Sheedy, Sandra Wilson, Gordon Lescinsky and Rob Mancini are among the volunteers proposing the creation of the Hobsons Bay Wetlands Centre.Credit:Chris Hopkins

“You introduce the community to the wetlands, and you bring people together, show it off, interpret it, and people suddenly understand the value in it,” volunteer Gordon Lescinsky says.

“People in cities and the 21st century are suffering health and mental health issues because they don’t get enough chances to spend time in nature,” he says. “This is an internally recognised wetland on the city’s doorstep.”

The proposal has been initiated by the volunteers from the Hobsons Bay Wetlands Centre, who want to build an ecotourism centre at HD Graham Reserve, next to the Cheetham Wetlands in Altona Meadows, a 420-hectare stretch of artificial and natural lagoons created on old saltworks land on the western shores of the bay. 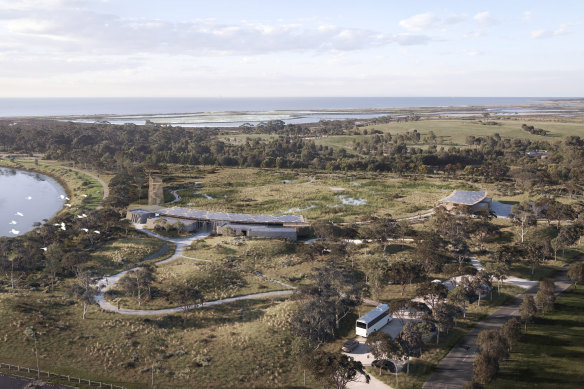 Hobsons Bay City Council supports the idea and recently committed $5 million towards its development, with the funding contingent on receiving the remaining $11 million from state and federal governments.

A smooth, grassy hill at the site offers spectacular views across Port Phillip Bay to the city skyline and sits atop a former tip, with decades of suburban waste covered with soil – Lescinsky believes his old toilet cistern is in there somewhere – and transformed into a park.

Behind this is where the new wetland centre would sit. It would house visitor and research facilities, nature and water-based play areas, a cafe and accessible walking trails. There would also be guided tours for small groups.

Wetland ecosystems are critical for supporting diverse plants and wildlife. They also have a remarkable capacity to sequester carbon despite covering less land area than other ecosystems, like forests. Over 150 species of birds have been identified at the Cheetham Wetlands, where up to 65,000 migratory waders visit in the summer. 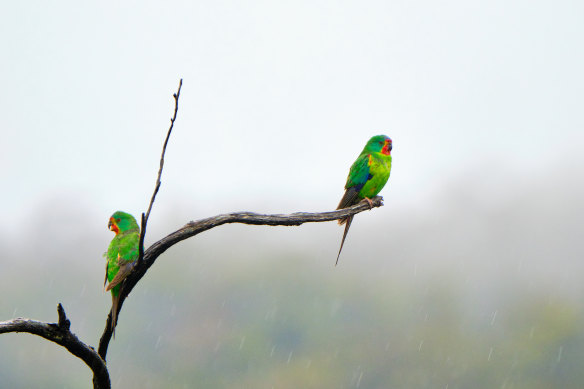 Sharp-tailed sandpipers fly in from Siberia every year, and endangered swift parrots make their way north from Tasmania. It’s also home to the endangered growling grass frogs and the rare Altona skipper butterfly, which live among the mud flats, salt marsh and eucalyptus woodlands.

The volunteers and Hobsons Bay Council, which is backing the proposal, say the centre would be an attraction for all of Melbourne, encouraging an appreciation for wetlands and the threats they face in Australia and across the globe, due to development and habitat destruction.

Wetland centres are growing in popularity in the UK, where there are almost a dozen, including one in London, and in countries like the Philippines and South Korea.

These wetlands are a stopping-off point for many bird species on the East Asian-Australasian flyway, the name given to the annual route flown by migratory shorebirds flying from and returning to their breeding grounds above the Arctic Circle in Alaska and Siberia.

The centre would be the second wetland centre in Melbourne. In the east is the Edithvale-Seaford Wetland Education Centre, which is open through bookings and sometimes on weekends.

Hobsons Bay is fortunate to have bio-diverse foreshore areas, says Mayor Peter Hemphill: “The Wetlands Centre will give us the opportunity to share this incredibly special privilege with visitors from all around Melbourne.”

Get to the heart of what’s happening with climate change and the environment. Our fortnightly Environment newsletter brings you the news, the issues and the solutions. Sign up here.