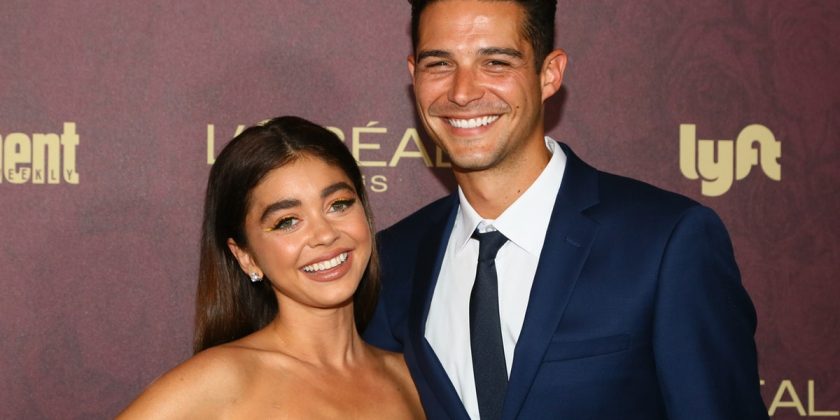 ‘Tis the season… to wear a pink onesie? Christmas isn’t typically a time to don costumes, but Wells Adams and Sarah Hyland are starting their own tradition. Hyland and Adams’ A Christmas Story costumes show off the couple’s sillier side. And it’s hard not to smile while looking at the picture of the two of them that Wells shared.

In the photo, the former Bachelorette contestant is wearing a light pink bunny suit that’s reminiscent of the one Ralphie wears in A Christmas Story. To complete the movie reference, Hyland is holding a BB gun — and she’s even got a spot under her eye to seal the deal. (In the movie, Ralphie hurts his eye the first time he uses the BB gun, just like some of his family members warned him would happen.)

Wells’ caption, though, might be the best part of the whole thing. Not only did he reference the "You’ll shoot your eye out" quote from the movie, but he also added in a line about how awkward family discussions can get over the holidays. "She shot her eye out… Merry Christmas everyone! Now go drunkenly talk politics with your family and start a fight," he wrote on Instagram.

Based on Wells’ Instagram Story, it looks like he and the Modern Family star spent Christmas with his family. Along with Hyland, he tagged Autumn Adams — presumably one of his relatives — as well as two people named Brett Robert and David Murphy in a photo. The whole gang, including the couple, is wearing matching Christmas pajamas and posing in front of a tree. 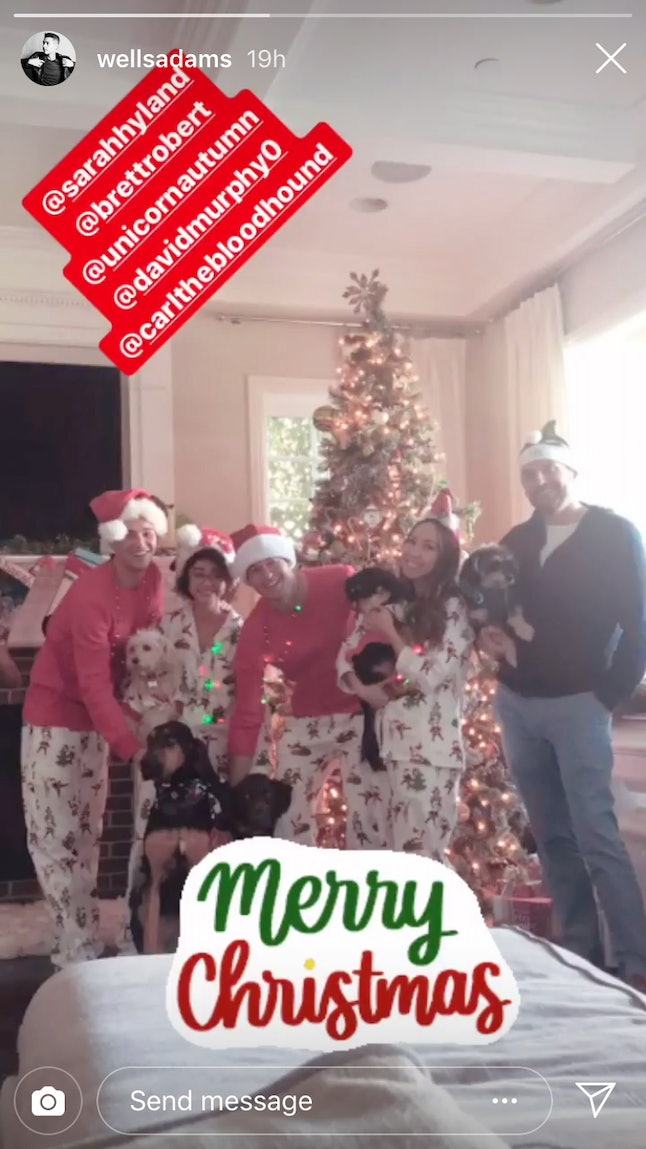 Hyland also posted a photo of the group in their matching Christmas outfits. Even the family dogs are in on the fun, with one of them wearing a sweater in the same print as the group’s flannel outfits.

And while Wells decided to post the Christmas Story photo on Christmas itself, it looks like it was actually taken a couple of weeks beforehand. The two of them attended the 2018 Winter Wonderland Toys for Tots Party in Los Angeles together earlier this month, JustJared reported, and they debuted the bunny suit/BB gun look at the event.

Of course, the Christmas Story look is only the latest iteration in the couple’s apparent love of costumes. This past Halloween, the two of them went with a pun-inspired costume, "Taco Belle." And last year, they went as Eleven and Dustin from Stranger Things for Halloween. And while Halloween is definitely a more traditional day to don costumes, I’m all for making the Christmas season a time for costumes, too. Why limit the fun to just one day a year? These two are clearly on to something here.

If Wells’ latest photo proves anything, it’s that he and Hyland are super comfortable with each other, just goofing around and having fun. They also moved in together in Los Angeles over the summer, proving how strong their relationship is. The couple that dons costumes together stays together, right?