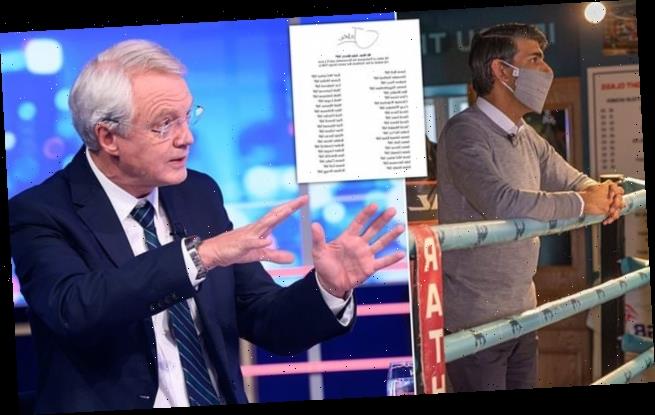 We made promises to voters in the North… we MUST keep them, writes former Brexit Secretary DAVID DAVIS

The North has always been Britain’s great industrial heartland. Yet that proud history has become its disadvantage during the pandemic.

If you work in an office-based job such as financial services, you may find it easy to do so from home.

But anyone who works in a steel foundry, a garment factory or any business that relies on physical manufacturing has probably had a harder time of it.

And they are much more likely to be in the North. 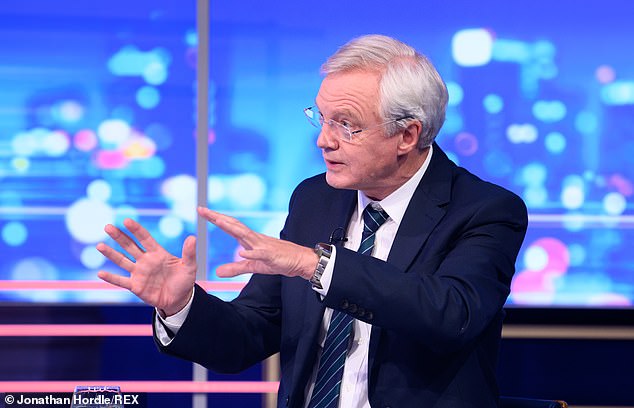 Promises made to voters in the north must be kept, says former Brexit secretary David Davis

That’s why, with 40 of my fellow MPs from the so-called ‘Blue Wall’ that stretches from the Irish Sea to the North Sea, I unhesitatingly put my signature to the letter sent this week to 10 Downing Street by Jake Berry, MP for Rossendale and Darwen in Lancashire.

Our letter sets out to ensure that our constituencies are not ‘left behind’ in the aftermath of Covid: That the Government does not for a moment slacken on its vital ‘levelling-up’ agenda in the North.

Yes, Covid-19 is an alarming threat to the country. But it also provides the Government with an exceptional opportunity to make good on its promise to the North.

When he was elected as Prime Minister in a landslide victory last December, Boris Johnson pledged to Northern voters that he would ‘work around the clock to repay your trust and to deliver on your priorities’. Boris knew that many Blue Wall voters had put their cross next to a Conservative candidate for the first time in their lives.

Their continued support was by no means guaranteed.

If we let them down, we would pay for it dearly at the next election.

Our letter set out two concerns. First, people feel real fear in regions where tough Tier 3 lockdowns have been imposed.

Their fear stems from the authorities’ lack of clarity: No one can say how long these onerous restrictions are likely to last.

We’re told that these local lockdowns are ‘circuit-breakers’, ‘fire-breaks’ or whatever new jargon has been dreamt up this week.

What matters is that there is no guarantee when these restrictions on people’s lives will end.

Second, people in poorer Northern regions are deeply concerned that the country will be paying the cost of Covid for years to come. 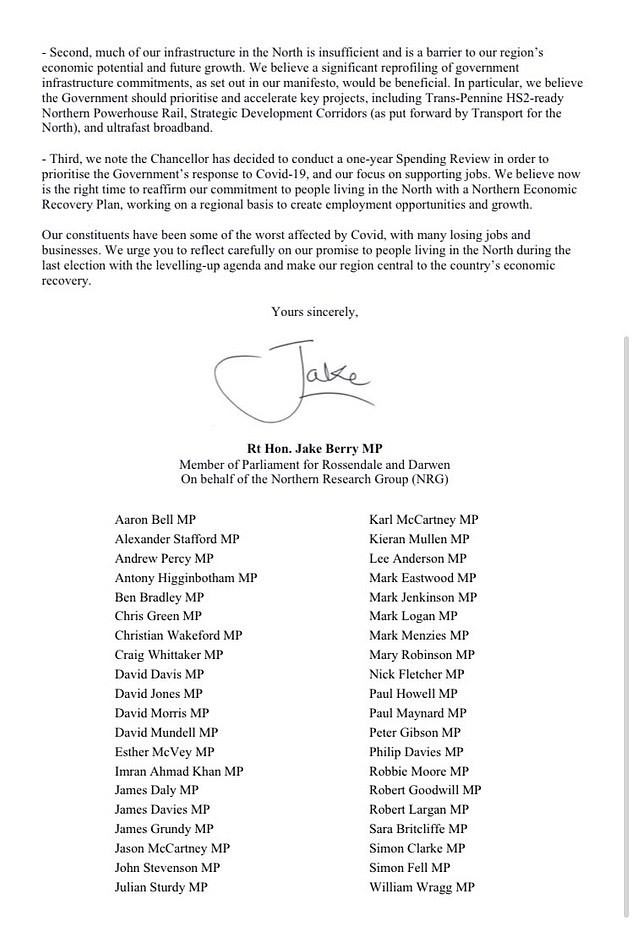 The letter sets out two concerns. First, people feel real fear in regions where tough Tier 3 lockdowns have been imposed

All the promises of ‘levelling-up’ and new investment will be forgotten, lost in the economic aftermath of this crisis.

Yet boosting the North will be good for the whole of Britain.

That’s why I emphatically dismiss any suggestion that we 41 MPs are some sort of ‘party within the party’, or that the old divisions of the Thatcher era between ‘wets’ and ‘hardliners’ is being revived.

As Boris himself said in a speech in June: ‘Too many parts of this country have felt left behind: Neglected, unloved…

‘This Government not only has a vision to change this country for the better: We have a mission to unite and to level up.’

I and my co-signatories will now ensure that this mission is carried out.