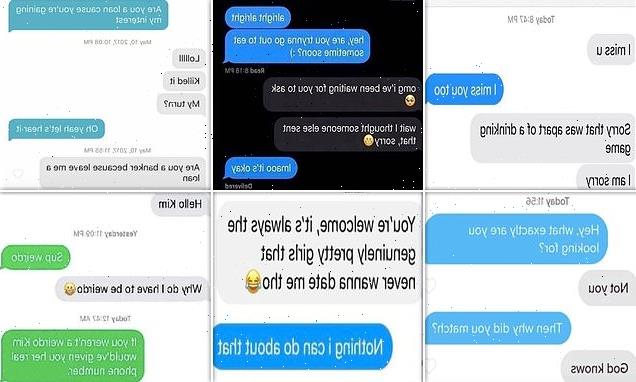 No love lost here! People reveal VERY brutal text exchanges with their love interests – including one who told their ex ‘I miss you’ and then admitted it was a drinking game challenge

Nothing can make your heart sink quicker than being rejected after expressing your emotions to a crush or ex, as proven by these text exchanges.

US entertainment website Nature World Today, rounded up a selection of the most awkward text messages shared on social media – and they’re guaranteed to make you raise an eyebrow.

Among the cringeworthy exchanges is one person who admitted they only agreed to going for a meal because they initially thought the mesage was sent by someone else, while another bluntly said to a match from a dating app that they don’t know why they agreed to communicate.

Elsewhere, a man texted his ex-girlfriend saying ‘I miss you’ and got her hopes up, but it was just a challenge as part of a drinking game. 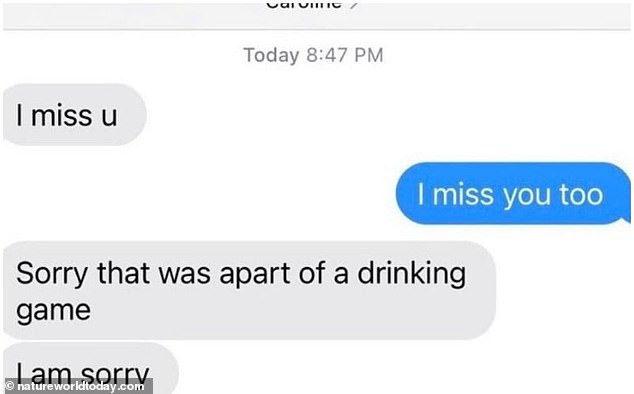 People from around the world have shared their most awkward text exchanges on U.S entertainment website Nature World Today – including a man who texted his ex-girlfriend as part of a drinking game 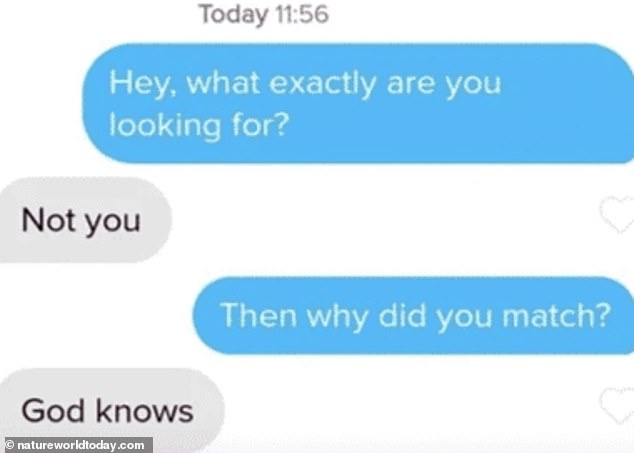 False hope! One person was left devastated after the person they met on an online dating app admitted they don’t know why they matched 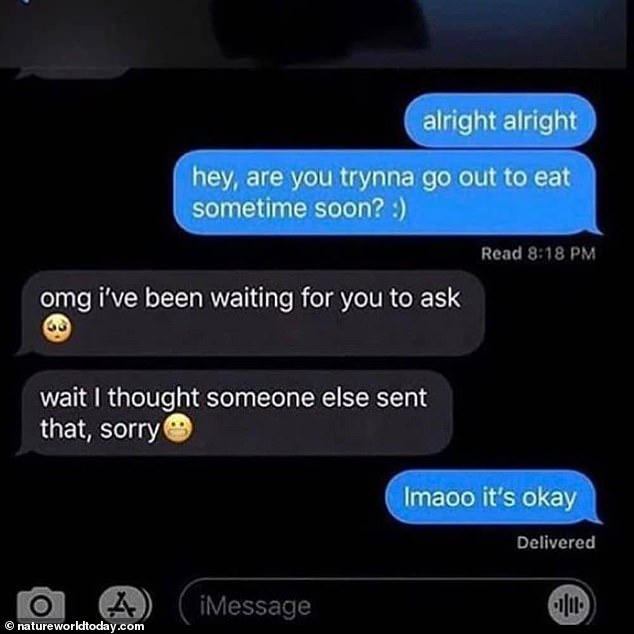 A singleton, who hoped to find love, found the funny side of being rejected after their crush mistook them for someone else 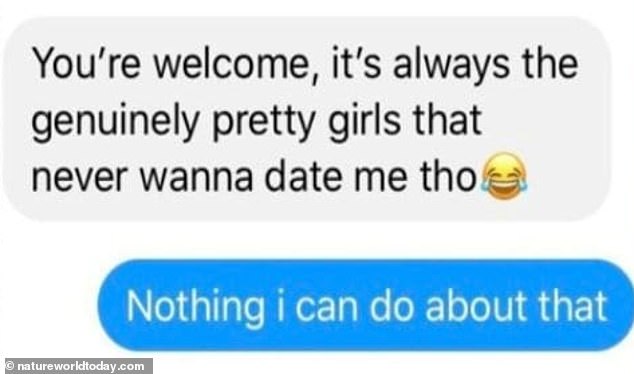 A man who indirectly complimented a woman while sharing his misfortune with pretty females, was bluntly told by the recipient of his text that they can’t help to resolve his issues 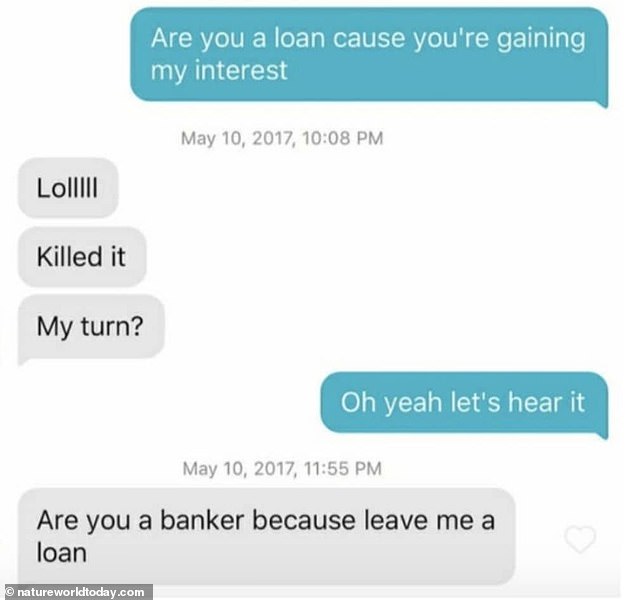 Shots fired! One person was eager to hear how their crush would respond to their chat-up line, only to be asked to go away 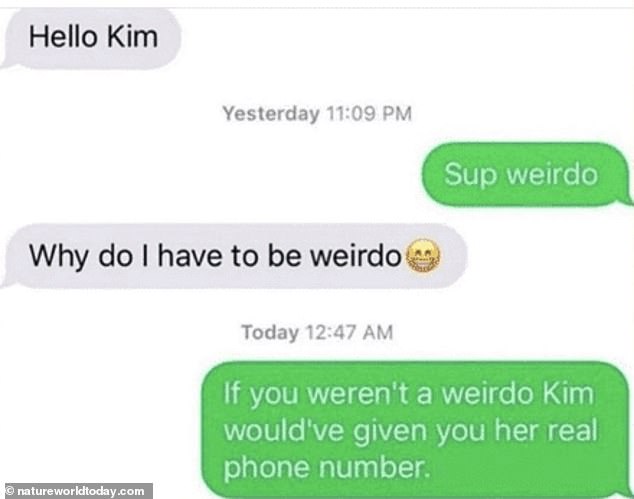 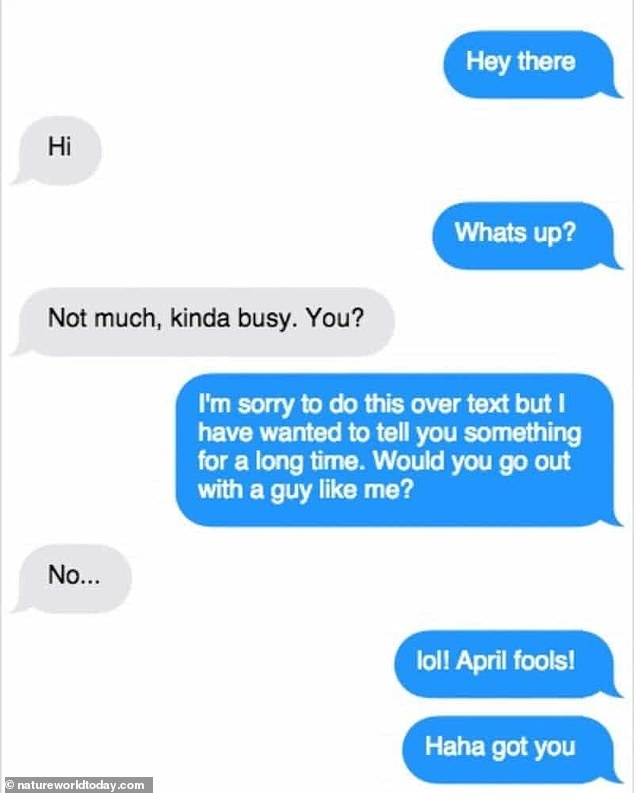 A man who bravely asking his crush out, pretended the question had been an April Fools joke after being rejected with no explanation 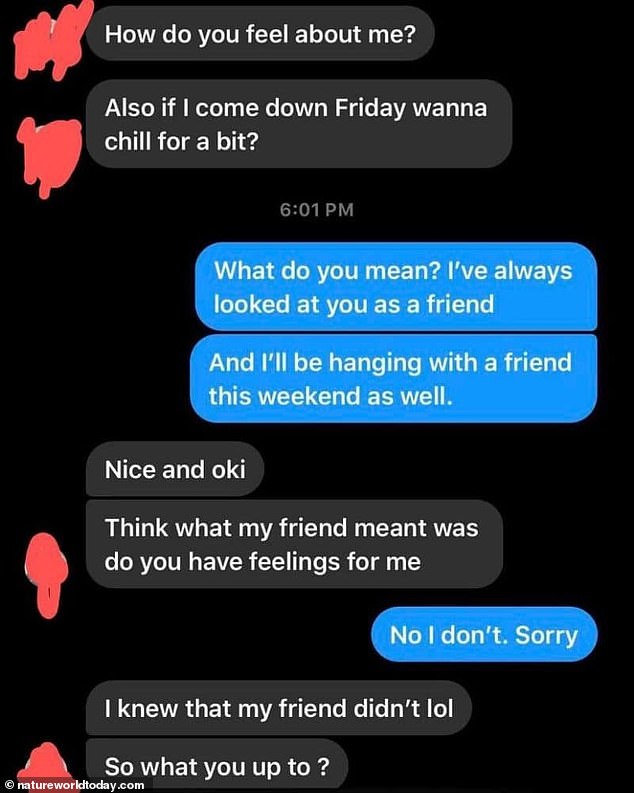 One man claimed his friend had been the person sending messages from his phone, after a woman said no to his request to spend time together 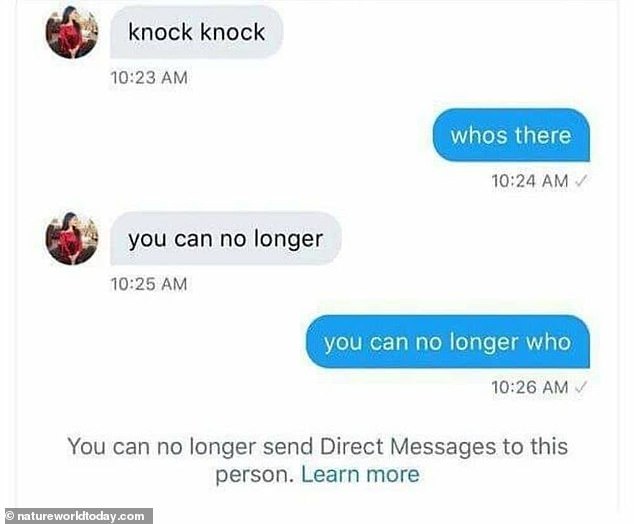 Another individual fell for a cringeworthy knock, knock joke, before being blocked from replying to messages 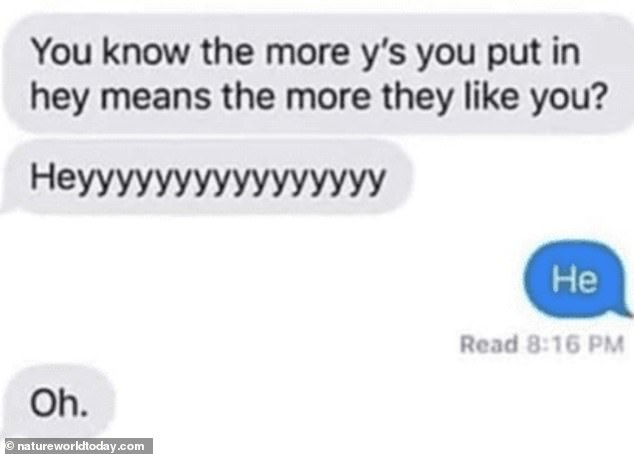 A man who tried to express his affection with the number of ‘ys’ in his greeting, had a rude awakening when his crush texted back without using the letter 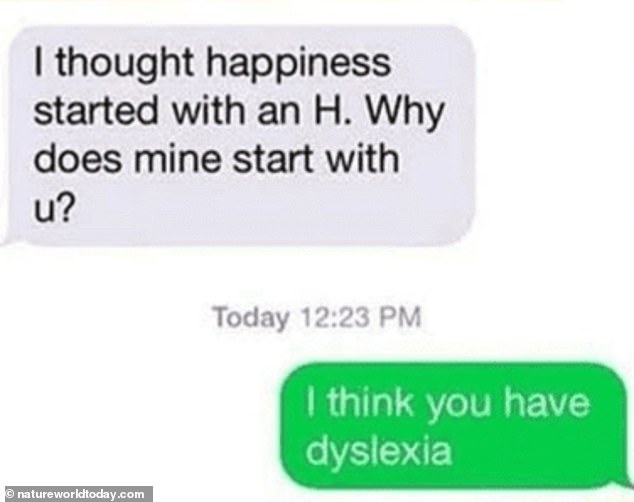 One person responded to an unwanted chat-up line claiming the individual must have dyslexia, if they are spelling happiness incorrectly 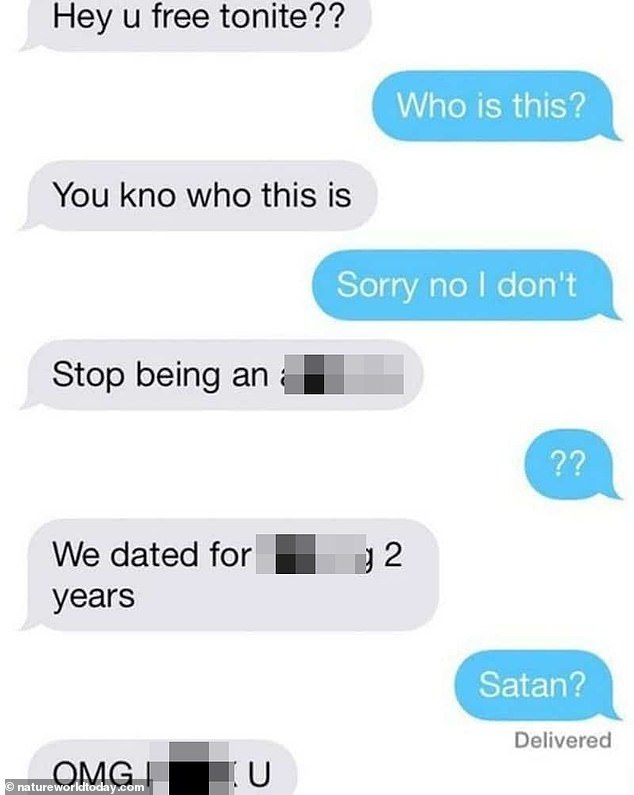