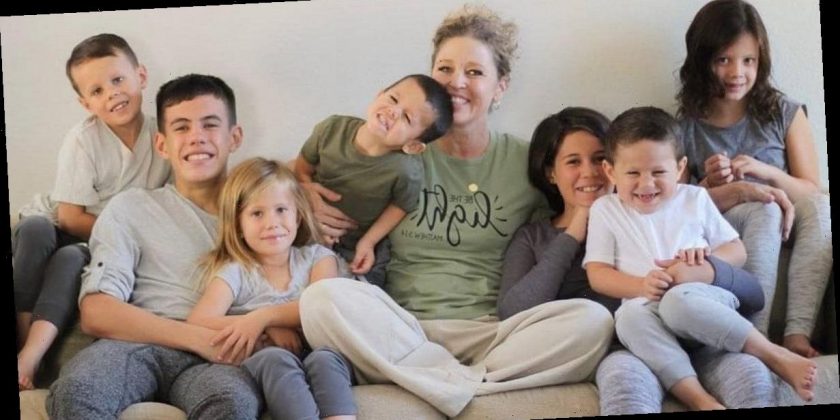 A selfless couple adopted seven siblings after their parents tragically died in a car crash.

Even though Pam and Gary Willis already had five kids of their own, they didn’t hesitate to step in.

The pair, from Menifee, California, were inspired to adopt the children after reading their story on Facebook.

They were heartbroken to hear how the little ones lost their parents when their family car flipped over on the motorway in May 2018.

In instances like this, it’s unlikely to find someone willing to take all of the siblings in.

They were at risk of being separated – but Pam 49, an attorney, and Gary, 52, a US Navy veteran, gave them a chance to stay together.

The loving couple told Metro: "When I saw the news about the kids it made me so sad.

“I looked at them and could see they needed a forever home.

"I called the adoption service every week to show them how much I wanted to help these children.

"From the moment we first met them it was instant love.

“I looked at Gary and we both could see they are really great kids and knew we were doing the right thing."

The couple had fostered various children over the years.

They typically had two or three kids at a time, along with their own offspring.

So they knew they could make room for the seven siblings who are all under the age of 16.

They “didn’t think twice” about contacting the adoption agency and rushed to the children’s home to meet the kids.

After a year of living in a children’s home, the kids finally had some hope.

They moved in in June last year and have been a “joy” to be around.

The couple are chuffed that they’re already being referred to as “mum and dad”.

Pam added: "My older kids were very welcoming and treated the younger ones like their own.

“It is pretty full on looking after seven children so my older two daughters do help out whenever I need a hand.

"I have noticed how incredibly happy they are and that makes me so happy too, because that’s all we ask for.

"The oldest of the seven, Adelino, said to me recently ‘thank you for giving us this life’ and there is no other feeling like that."