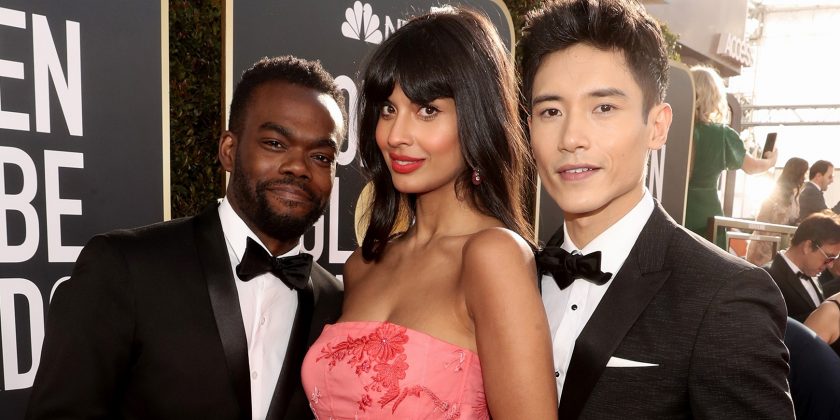 In Hollywood, the set of The Good Place really is the good place, according to the stars of the NBC comedy who chatted with Us Weekly at the 2019 Golden Globe Awards.

“It’s a really fun show,” William Jackson Harper exclusively told Us on the Globes red carpet on Sunday, January 6. “We get to work with some incredibly funny actors, incredibly smart actors. There’s a ‘no jerks on set’ sort of policy, and so it’s just beautiful.” 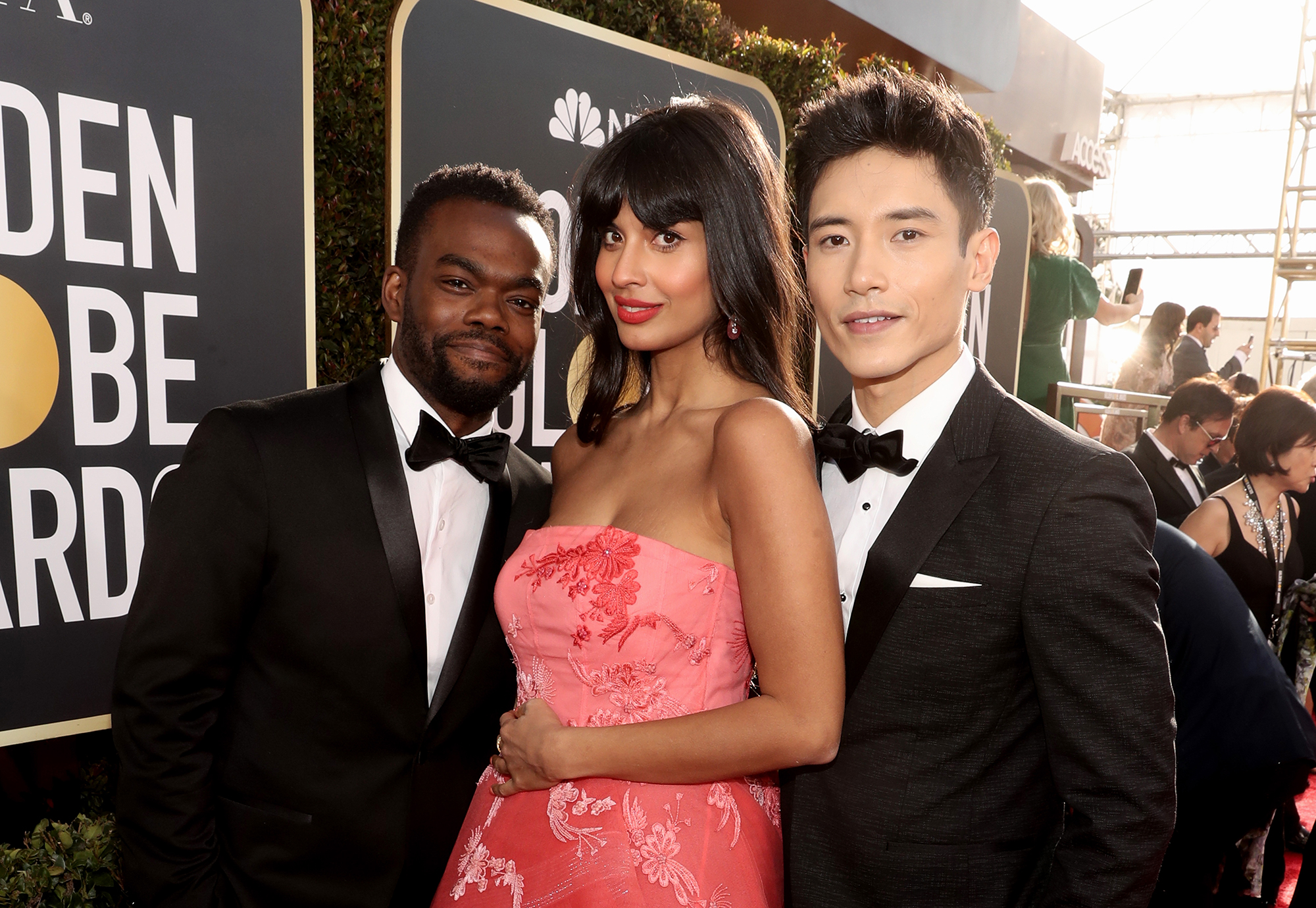 The cast also keeps up a group text, which Harper described as “a lot of fart jokes, some memes and some dark humor every now and again.”

Jameela Jamil, meanwhile, characterized the group text as “really loving and supportive,” saying the actors exchanged “a lot of swear words and a lot of joy” when the show was nominated for a Golden Globe.

“We genuinely get along, and I think it’s [because] we’re also united in our love for [creator] Mike [Schur] and also [star] Ted [Danson],” she added. “So it’s all everyone just trying to somehow kiss Ted’s ass, basically. We’re just trying to get one in with Ted on the group text.”

The actors also couldn’t stop raving about costar Kristen Bell, whose performance as Eleanor Shellstrop earned her a Golden Globe nominations this year. “She’s just so smart and just has it all together in a way,” Harper told Us. “She’s like a force. … I’m learning a lot from her.”

For more from the Good Place cast, watch our exclusive video above. 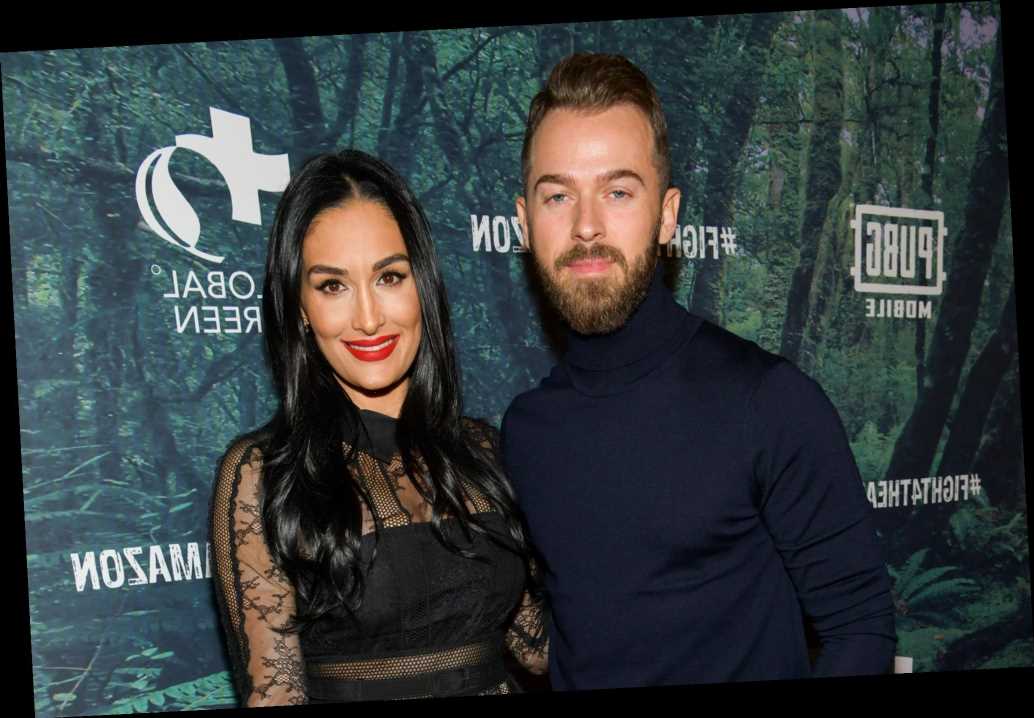