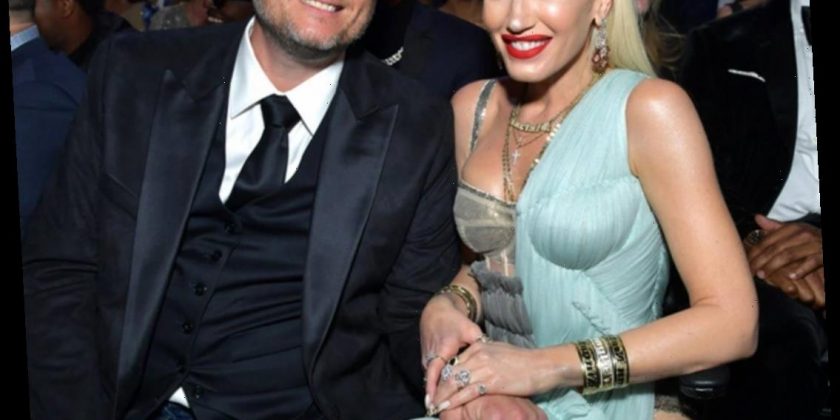 While appearing on Today, Gwen Stefani was asked about her relationship status with Blake Shelton. Scroll on to see the singer's response to marriage rumors.

Gwen Stefani and Blake Shelton are happy anywhere, but are they ready to head to the altar?

That's the question Today's Hoda Kotb wanted to know during a virtual interview with the No Doubt star this week. As fans may know, Gwen and Blake will soon celebrate their fifth anniversary together, but if they have any wedding plans, the "Cool" singer is keeping them tight-lipped.

In response, Gwen told Hoda, "That's a really good question. Well, the good news is that we still like each other a lot, so that's good."

Inside Jessica Biel and Justin Timberlake's Most Intense Year Yet

"So I heard that you've been spending quarantine with your husband Blake Shelton at the ranch in Oklahoma," Dua, who was filling in as host on Jimmy Kimmel Live, said during a virtual interview with Gwen. "Who else was with you? How was that?"

Taking a pause, Gwen replied, "Um, well…he's not my husband, but that sounded cool when you said it."

In early October, Blake took to social media to pay tribute to Gwen on her birthday. "It's a special day for a special lady in my life," he wrote on Instagram at the time. "Happy birthday @gwenstefani, I'd write a song for you every single day if I could…"

Gwen, who shares three kids with her ex-husband Gavin Rossdale, first sparked romance rumors with Blake in late 2015 after forming a bond on the set of The Voice. Now, Gwen is back on the show for another season alongside Blake and fellow coaches John Legend and Kelly Clarkson.

(E! and NBC are both part of the NBCUniversal family.)