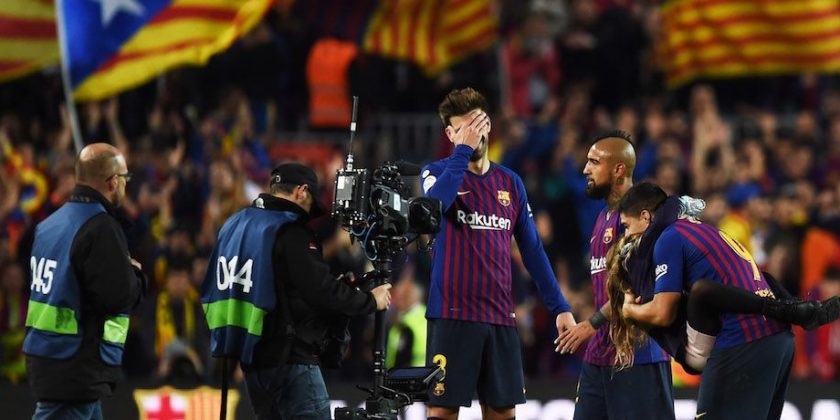 FC Barcelona open their quest for a second straight Spanish double when they travel to Léon to face third-division side Cultural y Deportiva Leonesa in the first leg of their Round of 32 tie in the Copa Del Rey. With manager Ernesto Valverde going all-out to win the UEFA Champions League this season, according to Fansided, the holders are expected to give plenty of playing time to their reserve team in a game that will live stream from Castile and Léon.

To find out how to watch a live stream of the Cultural Leonesa vs. FC Barcelona Copa Del Rey Round of 32 match, see the streaming information at the bottom of this article. Kickoff is set for 9:30 p.m. Central European Time on Wednesday, October 31, at the 13,000-seat Estadio Reino de León in Léon, Castile and Léon, Spain.

Founded in 1923, Cultural Leonesa has never been promoted higher than Spain’s Second Division, according to Nos Gusta Léon, and will likely consider even sneaking a single goal in against the 30-time Copa Del Rey winners to be a major victory.

Watch a preview of the Cultural Leonesa vs. FC Barcelona Copa Del Rey match in the video below, via YouTube.

However, there is a way for fans to watch the Copa Del Rey stream live for free, without a cable subscription. Fans may sign up for a free trial of a streaming TV multi-channel package such as the Sling TV international sports package, or Fubo TV. Both services require credit card information and subscription fees, but each offers a seven-day free trial. If the subscription is canceled prior to the expiration of that week-long period, fans can watch the “La Cultu” vs. “Blaugrana” match live stream for free.

In Spain, GOL TV will stream the Spanish Cup match. In Italy, the Leonesa-Barcelona Copa Del Rey contest will be streamed live by DAZN Italia. In Canada, the DAZN sports platform will also live stream the match.

Throughout the Caribbean, the match will be live streamed by DirectTV Sports, and in the Middle East — and parts of Africa — BeIn Sports Arabia will stream the game. For a comprehensive list of outlets in other regions that may carry a live stream of Cultural Leonesa vs. FC Barcelona, check out the listings at LiveSoccerTV.com.

In the United Kingdom, there will be no live stream offered, nor will there be one in India.