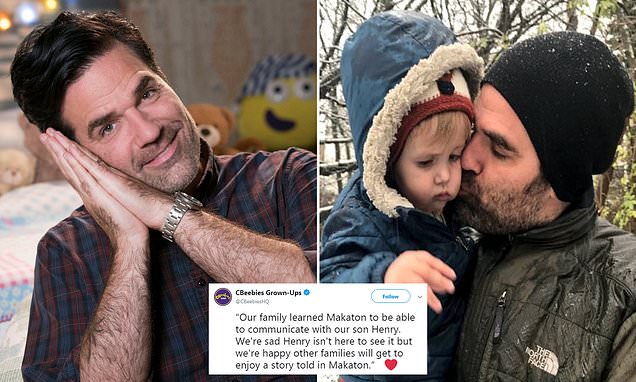 Comedian Rob Delaney has become the first person to read and sign on CBeebies Bedtime Stories in an episode of the children’s programme airing tonight.

The American actor, 41, shares Ten In A Bed by Penny Dale in Makaton, a language that uses signs and symbols to help people to communicate.

The appearance holds a deep personal significance for Delaney as he learned Makaton to communicate with his toddler son, Henry, before he lost his battle with brain cancer earlier this year. 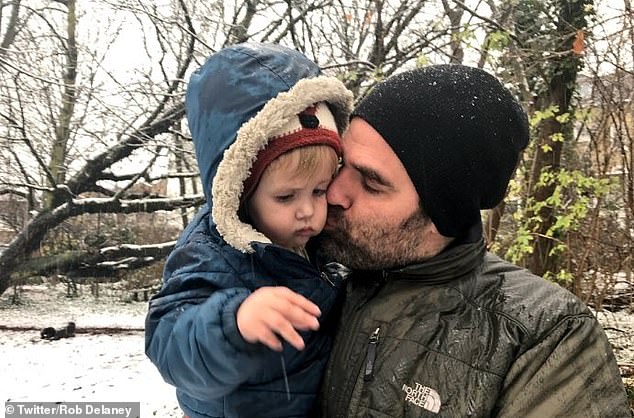 Rob Delaney, 41, can be seen reading and signing Ten in a Bed in Makaton on CBeebies Bedtime Stories tonight. It holds a deep personal significance for the comedian as he learned Makaton to communicate with his son, Henry (above), before the toddler lost his battle with brain cancer earlier this year 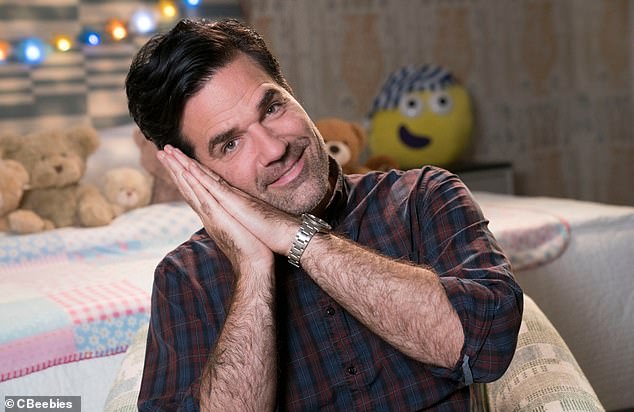 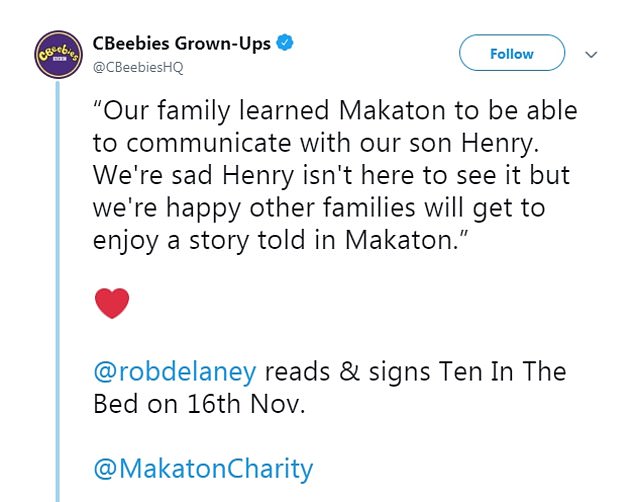 Personal meaning: Delaney commented ahead of his appearance in a statement shared on Twitter 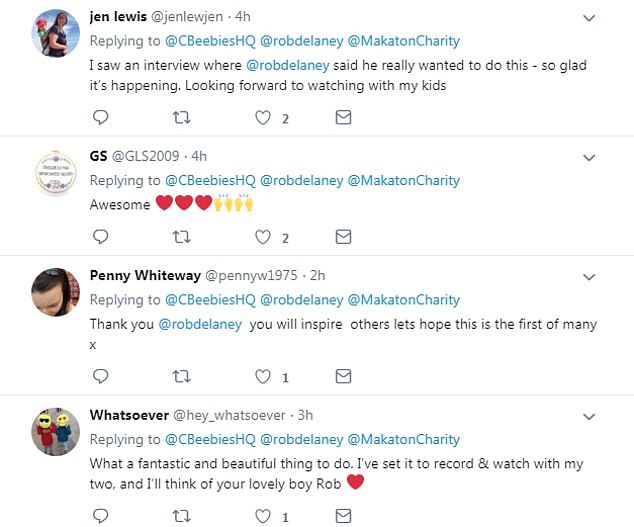 Praise: Viewers were delighted at the news and called on more signing to be seen on CBeebies

In a statement released on the CBeebies Twitter account today, Delaney said: ‘Our family learned Makaton to be able to communicate with our son Henry.

‘We’re sad Henry isn’t here to see it but we’re happy other families will get to enjoy a story told in Makaton.’

The show, which has previously featured stars like Dolly Parton and Tom Hardy, will be broadcast tonight at 6.50pm.

The casting has won widespread praise from parents, with many calling for signed stories to be featured more regularly on the children’s TV channel.

One tweeted: ‘Make this a twice a month or once a month regular thing if possible please, this is just perfect.’ 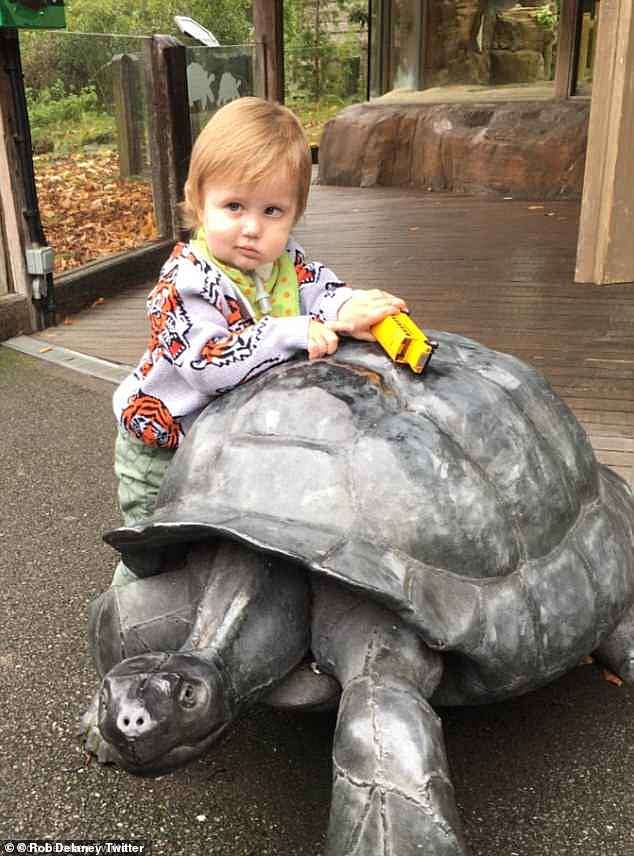 Personal loss: Delaney, best known for his role on TV show Catastrophe, has spoken publicly of the devastation he felt following Henry’s death in January this year. The father shared this photograph and moving caption on what would have been Henry’s third birthday

Delaney, best known for his role on TV show Catastrophe, has spoken publicly of the devastation he felt following Henry’s death in January this year.

Henry had surgery to remove a brain tumour following his diagnosis in 2016, but the cancer returned in the autumn of 2017.

Henry was left with significant physical disabilities from the effects of the tumour but he learned Makaton to communicate and ‘developed his own method of getting from A to B shuffling on his beautiful little bum’, Delaney wrote in a Facebook post shared in February.

‘His drive to live and to love and to connect was profound,’ he added. ‘I am astonished by the love-in-action displayed by Henry’s mom and his brothers. 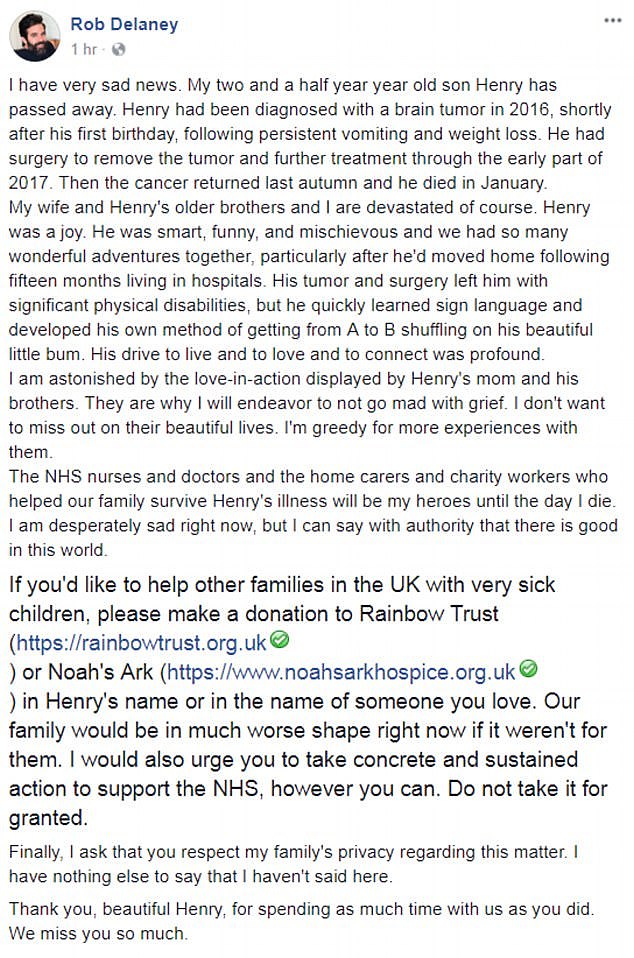 Opening up: Delaney shared news of Henry’s death in February, the month after his death

‘They are why I will endeavour to not go mad with grief. I don’t want to miss out on their beautiful lives. I’m greedy for more experiences with them.’

Delaney lives in London with his Leah and their two sons. The couple announced they are expecting their fourth child together earlier this year.

Makaton is the UK’s leading language programme for adults and children with learning or communication difficulties.

It uses speech with signs – or gestures – and symbols – pictures – to help people who struggle to communicate with speech alone. Facial expression, eye contact and body language are also used to give as much information as possible. 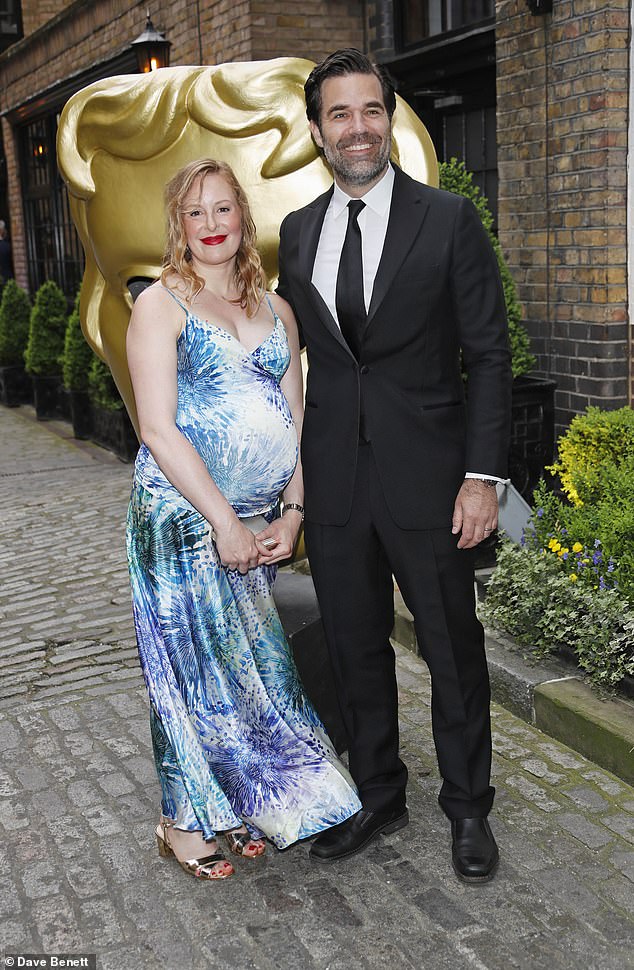 Next chapter: Delaney and his wife Leah are expecting their fourth child together 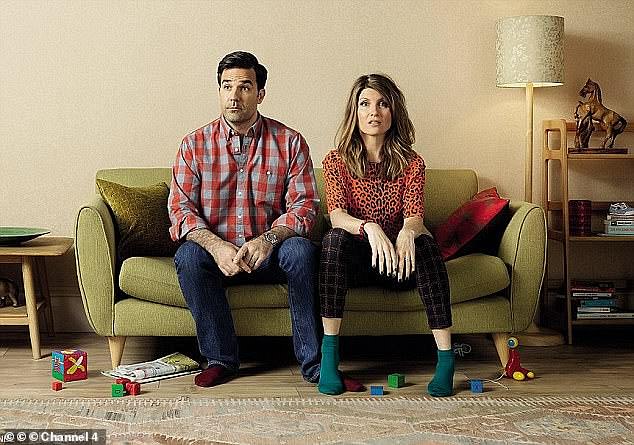 Breakout role: Delaney is best known for co-starring in Catastrophe with Sharon Horgan