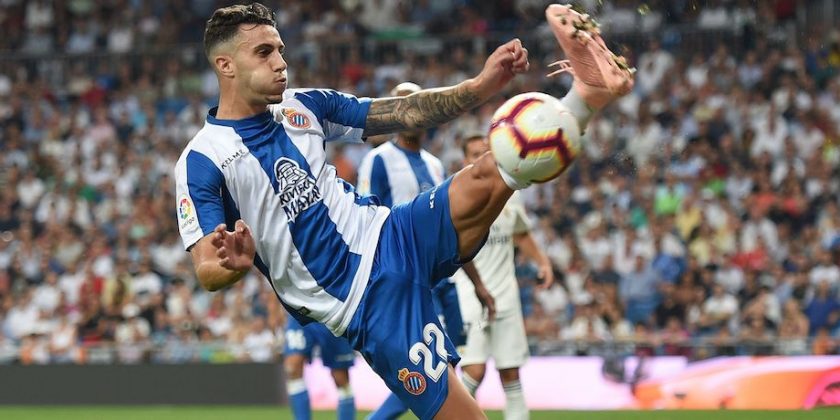 Four-time Copa del Rey winners Espanyol travel to the southwest of Spain to face Second Division side Cadiz in a Round of 32 matchup.

Under new head coach Rubi, RCD Espanyol has proven one of the surprises so far in the 2018/2019 La Liga season, currently sitting fifth, per Sky Sports, just a single point off of Atletico Madrid in the final UEFA Champions League qualification slot. But on Thursday, the club takes a detour to debut in the Copa Del Rey at the Round of 32, when they travel to Spain’s southwest coast to meet Second Division side CD Cadiz in a game that will live stream from Cadiz.

To find out how to watch a live stream of the CF Cadiz vs. RCD Espanyol Copa Del Rey Round of 32 match, see the streaming information at the bottom of this article. Kickoff is set for 6:30 p.m. Central European Time on Thursday, November 1, at the 25,000-seat Estadio Ramon de Carranza in Cadiz, Spain. In the United Kingdom, the live stream gets underway at 5:30 p.m. Greenwich Mean Time, while in the United States, that start time will be 1:30 p.m. Eastern Daylight Time, 10:30 a.m. Pacific. Fans in India can log in to the live stream at 11 p.m. Thursday night.

The match should, on paper at least, prove easy work for the top flight side, as Cadiz appears to be headed toward another relegation after just three years in Spain’s second level, according to Soccerway.com, languishing in 19th place with just two wins and 11 points from 11 matches.

But Rubi has cautioned his team against overlooking its lower-league opponents.

“In the locker room we know the difficulty of this tie. We will play against a team that is used to playing Copa del Rey and that last year eliminated Betis,” the 48-year-old former Huesca boss said, quoted by AS. “This is a competition where Espanyol has done important things, and we do not want any less this year. We go in to this game with the mentality of advancing.”

Espanyol has won the Copa Del Rey four times, most recently in 2006.

There is a way for fans of Spanish football to watch the Copa Del Rey game stream live for free, without a cable subscription. To do so, viewers should sign up for a free trial of a streaming TV multi-channel package such as the Sling TV international sports package or Fubo TV. Both services require credit card information and subscription fees, but each offers a seven-day free trial. If the subscription is canceled prior to the expiration of that week-long period, fans can watch the Los Corsarios vs. Blanquiazules match live stream for free.

Throughout the Caribbean, the match will be live streamed by DirectTV Sports, and in the Middle East and parts of Africa BeIn Sports Arabia will stream the game. For a comprehensive list of outlets in other regions that may carry a live stream of CF Cadiz vs. RCD Espanyol, check out the listings at LiveSoccerTV.com.

In the United Kingdom, there will be no live stream offered nor will there be one in India for the Cadiz vs. Espanyol match. But fans can access the live stream through another one of the providers listed here by using a VPN service, such as those recommended by the tech site CNet.