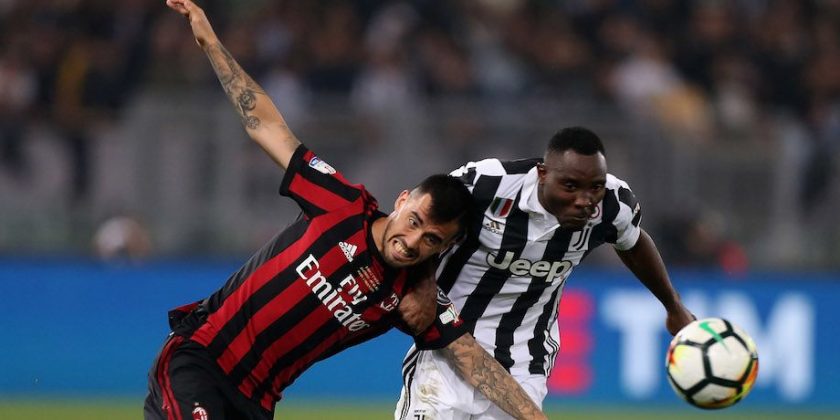 Juventus must recover after suffering their first loss of the season, as they face their toughest Serie A opponent so far in AC Milan.

The matchup that is often looked at is the Serie A championship, though so far this season things are not working out that way. Defending champions Juventus and their superstar Cristiano Ronaldo invade the San Siro to face AC Milan as the two teams who have collected the most titles in the Italian game, as ACMilan.com records, face off for the first time in the 2018/2019 season, a crescendo to the Serie A Round 12 that will live stream from Milan.

Juventus have won the Scudetto in each of the last seven years, and have collected a staggering 36 overall, going back to 1905. AC Milan are best in line, but with only half the number of league titles at 18, per the Transfer Market database. But Milan has won the European championship seven times, to just two for Juve.

This season, per Sky Sports, the situation looks a little different, with AC Milan sitting in fourth after getting off to a slow start, but having now won four of five league matches to get to 21 points. But that is still 10 behind “The Old Lady,” Juventus, who remain without a loss in Serie A. They have had only one draw, against Genoa on October 20.

But Juve is nonetheless coming off of their first defeat of the season, facing it mid-week to Manchester United in a UEFA Champions League match that saw Ronaldo return to Old Trafford, the place where he became a global superstar.

To find out how to watch a live stream of the Serie A match pitting fourth-place AC Milan against visiting, defending champs Juventus, see the streaming information at the bottom of this article. Kickoff is scheduled for 8:30 p.m. Central European Time at the 80,000-seat Giuseppe Meazza Stadium, better known to the world as the San Siro, on Sunday, November 11. In the United Kingdom, that kickoff time will be 7:30 p.m. Greenwich Mean Time. Fans in the United States can log in to the live stream at 2:30 p.m. Eastern Standard Time on Sunday, or 11:30 a.m. Pacific Standard Time. Fans in India can catch the live stream starting at 1 a.m. India Standard Time on Monday morning, November 12.

Juventus Coach Massimiliano Allegri admitted that his club is still “reeling” from taking their first defeat after 14 straight wins across both competitions, according to EuroSport.

“After the defeat everybody is feeling awful because we are not used to losing (at home) having not done so since April,” the much-decorated coach said. “We played a good match the other night, but we lost, and that really troubles me because we can’t boast about well-played matches but only about games we’ve won. The only thing we got wrong was failing to manage the match properly after conceding the equalizer.”

Watch a preview of the AC Milan vs. Juventus clash n the video below, with the panel at ESPN FC.

To watch a free live stream of AC Milan vs. Juventus, the biggest match in Serie A so far this season, access ESPN+, the online subscription service of sports media giant ESPN. The ESPN+ streaming network is available with a fee of $4.99 per month but comes with a seven-day free trial. If the trial is canceled before the week-long period expires, fans can watch the Rossoneri vs. La Vecchia Signora clash absolutely free.

For viewers in the United States who prefer Italian-language commentary, Rai Italia will also live stream the Serie A match.

In the United Kingdom, the Milan-Juve live stream is set to be carried by Eleven Sports. In Italy, the AC Milan vs. Juventus Italy Serie A summit clash will be streamed live by Sky Go Italia. In Canada, every 2018-2019 Serie A match will be streamed live on the DAZN Canada sports platform. And in India, Sony LIV will carry the live stream of the Round 12 game on Sunday in Milan.

Throughout the Caribbean — and in numerous smaller countries around the world — the game will stream only via Serie A Pass. For a comprehensive list of outlets around the globe that carry a live stream of AC Milan vs. Juventus, check out he extensive listings at Live Soccer TV.