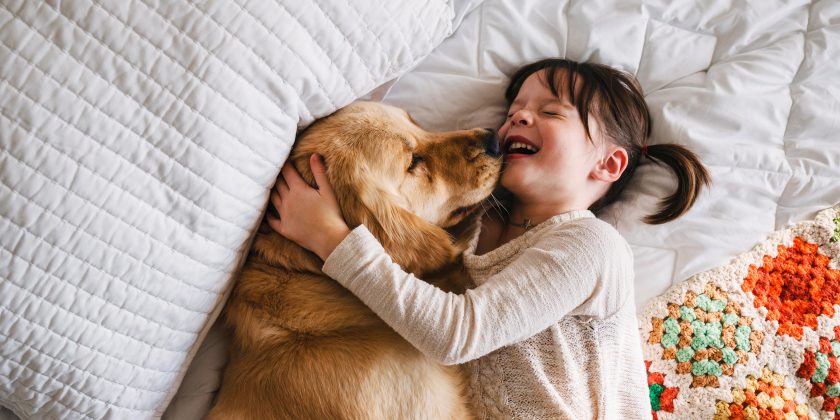 Owning a pet comes with all kinds of health perks, and a recent study out of Sweden just found another.

The study, published on Dec. 19 in the journal PLOS ONE, set out to see what effect having multiple pets had on the development of allergies in children, after several other studies “indicated that early pet keeping could protect the infant from later allergy development.”

According to the New Scientist, the study’s lead author, Bill Hesselmar of Sweden’s University of Gothenburg, and his research team looked at data from two previous studies, covering 1,278 children overall.

One of the studies interviewed the parents of 249 children several times. The first interview, conducted when the child was just 6 to 12 months old, asked the parents about pet ownership. Researchers followed up with this group several times, conducting clinical evaluations when the children were 18 months, 3 years and 8 to 9 years. The other study gave 1,000-plus children and their families questionnaires about pet ownership and the presence of allergies, asthma and their symptoms amongst family members.

Even when accounting for numerous outside factors, this recent study found the reports of allergies in children decreased as the number of pets in the household increased, reports the New York Times.

Hesselmar and his team found that in the larger study, 49 percent of the children with no pets in the home during their first 12 months of life had allergies. That number dropped to 43 percent for kids who lived with one pet as a baby and again to 24 percent for children who grew up around three pets. Children lucky enough to spend their early childhood with five or more pets had no reported allergies.

Data from the smaller study Hesselmar’s study examined backs up these numbers, with kids who grew up with two or more pets showing less reports of allergies at 8 and 9 years old versus their counterparts who were born into a home with one or no pets.

“The prevalence of allergic disease in children aged 7 to 9 years is reduced in a dose-dependent fashion with the number of household pets living with the child during their first year of life, suggesting a ‘mini-farm’ effect, whereby cats and dogs protect against allergy development,” the study’s conclusion reads.

So if you are thinking of having kids, get your “mini-farm” started now. Hesselmar told the New York Times that these findings are all part of the “hygiene hypothesis,” which has also found that more siblings and “even sucking on a pacifier and then giving it back to the kid produces a reduced risk for allergy.”