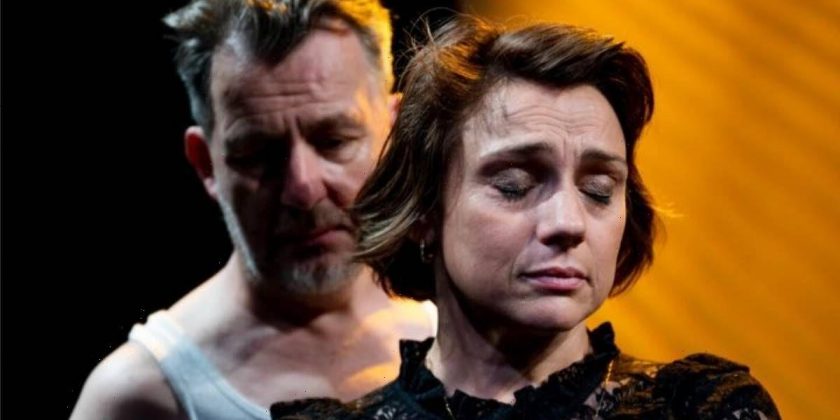 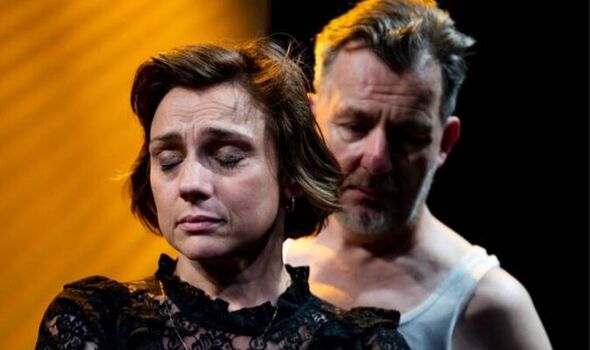 Both are set in 2014 when the Ukrainian conflict was not being widely reported.

A colonel in the Ukrainian army, Sasha is present as a slightly bewildered ghost with whom the women can converse but not touch.

As war threatens Katya’s food kiosk business, Sasha is called up to rejoin the army in spite of the fact that he is, er, dead.

A black comedy of a kind more familiar to Eastern Bloc countries than western audiences, it has mild hints of Bulgakov in its off-centred, slightly surreal approach. And it’s beautifully performed, particularly by Ryan, on a minimal set with a central screen depicting various backdrops as well as topical events.

Neda Nezhdana’s Pussycat in Memory of Darkness is a deeply distressing monologue based on actual events about a 40-something woman who has suffered from her stance as a Ukrainian Nationalist and is denounced by a neighbour leading to torture and loss of her home.

The metaphor of innocent kittens keeps us on edge throughout this virtuoso performance by Kristin Milward. But it’s tough to take.