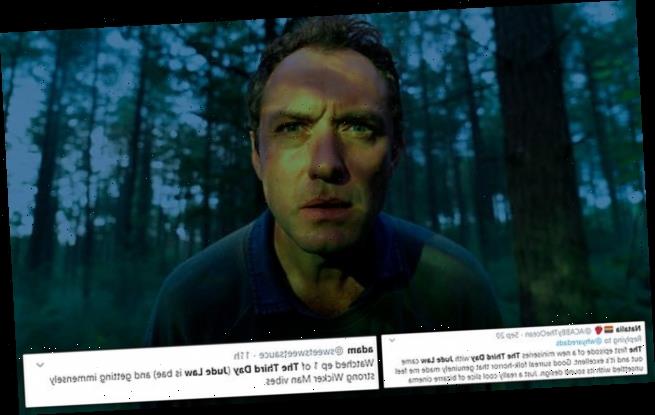 The TV drama, which premiered this week on HBO in the US and Sky Atlantic in the UK, tells the story of Sam (Law), who finds himself on a mysterious island off the British coast that is cut off from civilization and inhabited by religious fanatics.

After trying to help a young girl in trouble, Sam arrives unplanned on the island – filmed on the real, privately owned Osea Island off the Essex coast, where stars such as Cara Delevingne have partied and pop star Rihanna has recorded music – and finds the locals are preparing for an oyster festival.

But things soon turn weird as the secretive rituals of its inhabitants force Sam to grapple with a past trauma, and the line between fantasy and reality fragments.

Scroll down for trailer 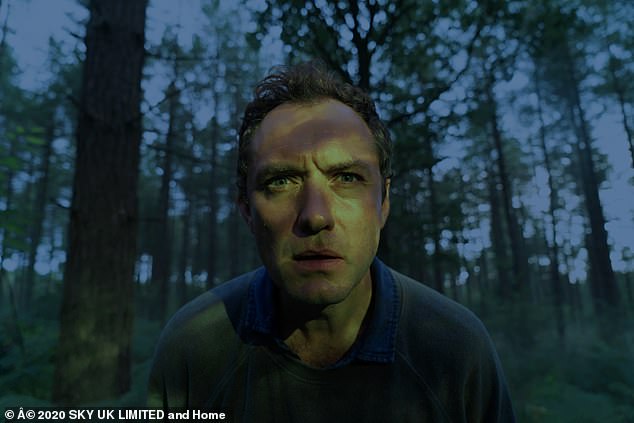 The eerie qualities have led viewers to compare the show to 1973’s The Wicker Man and horror-drama Midsommar, which is also set at a rural festival

The eerie qualities have led viewers to compare the show to 1973’s The Wicker Man and horror-drama Midsommar, which is also set at a rural festival.

In The Wicker Man Sergeant Howie (Edward Woodward) is forced to confront strange pagan rituals and practices after arriving on a small Scottish island in search of a missing child who the locals claim never existed.

Gushing about the show, one viewer tweeted: ‘The first episode of new miniseries The Third Day with Jude Law came out and it’s excellent. Good surreal folk-horror that genuinely made me feel unsettled with its sound design. Just a really cool slice of bizarre cinema.’

A second added: ‘Had a chance to watch The Third Day with Jude Law last night and I can report that it’s convincingly creepy, very much along the line of The Wicker Man.’ 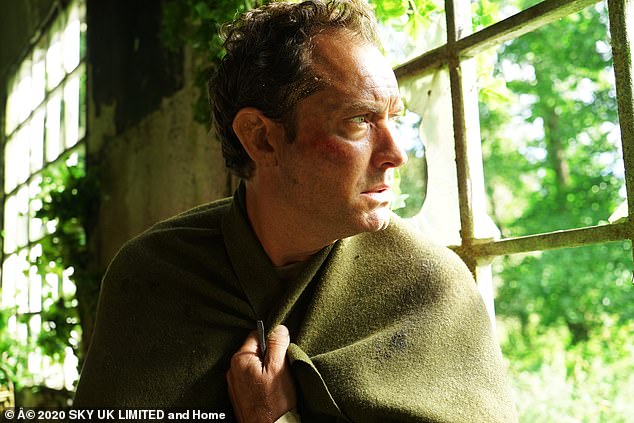 The TV drama, airing on HBO in the US and Sky Atlantic in the UK, tells the story of Sam (Law), who finds himself on a mysterious island off the British coast that is cut off from civilization and inhabited by religious fanatics. Pictured, Law in the programme

The series will include an ambitious 12-hour performance screened live as an extra element halfway through the series.

The project is the brainchild of Dennis Kelly, the writer of C4’s black comedy Utopia, and Punchdrunk, a performance company that specialises in immersive, semi-improvised theatrical experiences.

The live episode, which will air after episode three with just a single camera following the actors and work in real time over the course of a day, covers the festival itself when the celebrations become more unhinged. 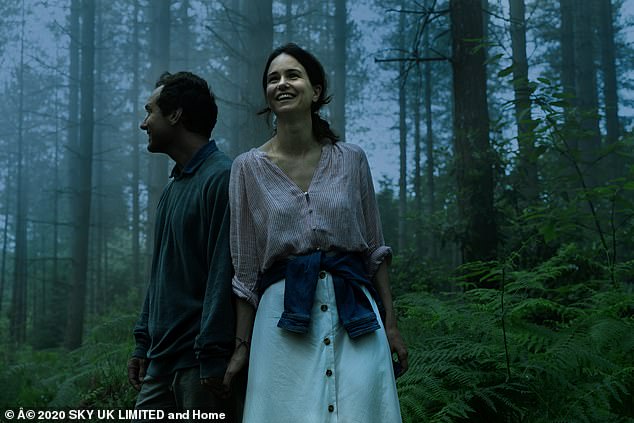 The Third Day is centered around seasonally-themed episodes and a live broadcast event set to air on Sky Arts on Saturday 3rd October. Pictured: Jude Law as Sam and Katherine Waterson as Jess in The Third Day

Emily Watson plays pub landlady Mrs Martin, one of the few on the island who welcome Jude’s character Sam and invites him to stay.

’The people believe in a religion which is basically Christianity, but shot through with some disturbing pagan elements,’ Emily told Weekend Magazine.

‘It’s a cult really. So Sam arrives on the island then can’t get off, which is partly his choice but partly him being manipulated and partly just bad luck.

‘The island has this allure. People want to stay, it’s feral and extreme. In episode two there’s a rehearsal for the festival, which was great fun to film. There were explosions and bonfires and people in weird masks.

‘There’s a bit where Sam takes acid that’s given to him by a girl, and he’s looking at me,’ adds Emily.