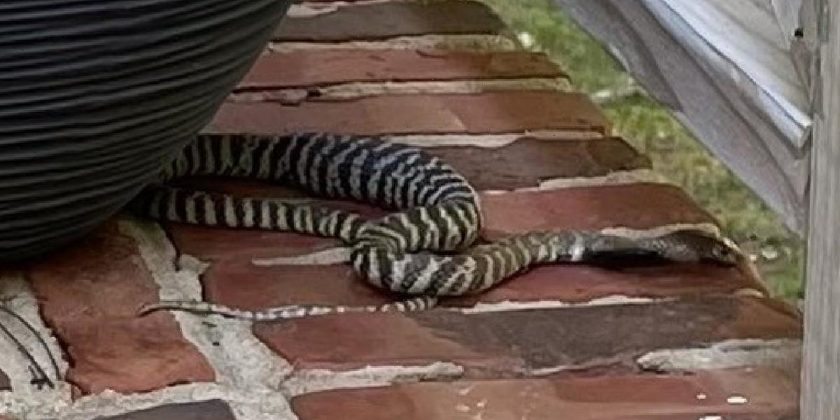 A highly venomous pet snake has escaped and remains on the loose in Raleigh, North Carolina, police said early Tuesday. CBS affiliate WNCN reports that police sent an alert at 1:30 a.m. Tuesday warning that a zebra cobra, which is known to spit venom, was spotted on the porch of a home at around 5:10 p.m. Monday. 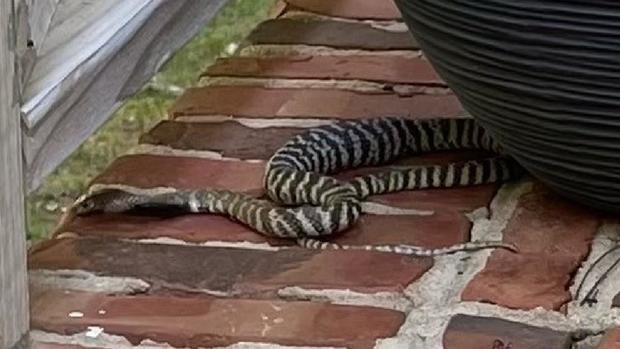 An animal control officer responded to the home, but the cobra was not found. Authorities say the zebra cobra belongs to a resident of the neighborhood.

Police said Tuesday morning that the cobra remains on the loose and could spit and bite if cornered.

According to the African Snakebite Institute, spitting cobras can “bite people and prey, and venom is easily injected.”

Under North Carolina state law, it is “unlawful for any person to own, possess, use, transport, or traffic in any venomous reptile that is not housed in a sturdy and secure enclosure.”

Police did not say if the owner of the snake will face any charges.

If anyone spots the zebra cobra they are asked to stay away from the snake and call 911 immediately.