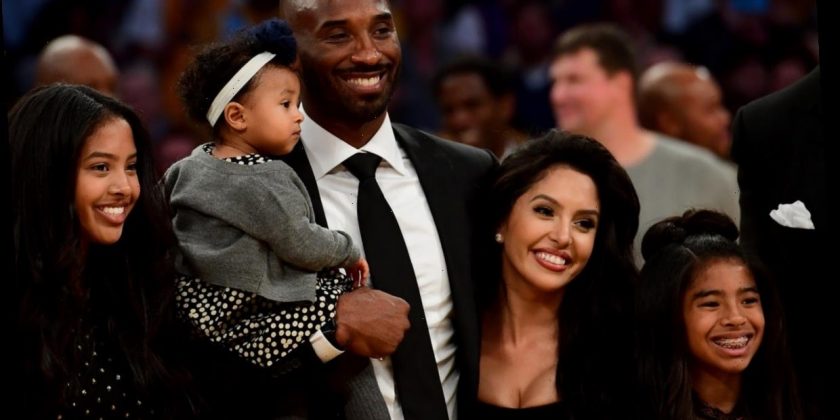 Three days after her husband and daughter died in a tragic helicopter crash, Vanessa Bryant released her first statement since Kobe Bryant’s death via an Instagram post on Wednesday, Jan. 29. To break her silence, she shared a family photo featuring a smiling Bryant and Kobe, alongside their four daughters, Natalia, Bianka, Capri, and Gianna, who also died in the helicopter crash at just 13 years old. But her family was not the only one she was honoring in her post.

Bryant began by thanking the fans who have sent their love and support amidst the tragedy, writing, "My girls and I want to thank the millions of people who’ve shown support and love during this horrific time." She continued:

In addition to sharing her grief at the loss of her husband and daughter, Bryant also made sure to remember the families of the other seven people who died in the crash on Sunday, Jan. 26. Those seven people included John Altobelli, a baseball coach, along with his wife Keri and daughter Alyssa, who was on Gianna’s basketball team; Sarah Chester and her daughter Payton; Christina Mauser, a Mamba Academy basketball coach; and Ara Zobayan, who was the helicopter pilot. "We are also devastated for the families who lost their loved ones on Sunday, and we share in their grief intimately," Bryant wrote in her post. To that effort, she announced that a new fund had been set up to help support the families of those victims.

The MambaOnThree Fund, Bryant explained, was set up by the Mamba Sports Foundation, and you can donate by visiting MambaOnThree.org. Shortly after her post went live, the site seemed to be down, possibly because of all the traffic to it. Kobe founded the holistic fitness center Mamba Sports Academy recently in 2018, and the foundation is its charitable arm.

Before thanking everyone for "lifting us up in your prayers," Bryant took a moment on Instagram to explain just how much her husband and daughter meant to her — and how unimaginably painful it is to lose them. "I take comfort in knowing that Kobe and Gigi both knew that they were so deeply loved," she wrote, " … They were our beautiful blessings taken from us too soon."

In addition to expressing gratitude for the support she’s received thus far, Bryant asked the public to respect her family’s privacy as they adjust and mourn on their own terms.