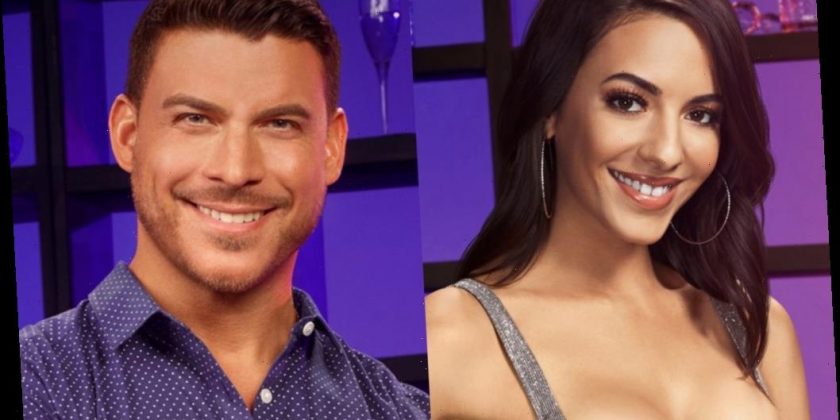 Jax Taylor has confirmed he will not be returning for Vanderpump Rules Season 9. The veteran star made the announcement on Instagram shocking fans who expected him to return. As social media went rampant commenting on Taylor’s demise from the Bravo show an old video resurfaced. The video of the season 8 reunion where Charli Burnett blasts Taylor has proven to have been an omen.

What did Jax Taylor say about his departure?

Vanderpump Rules has been on an extended hiatus after the firings of four cast members following their racist actions. Stassi Schroeder, Kristen Doute, Max Boyens, and Brett Caprioni were released from the show earlier this year. Taylor had hinted in a Periscope video that he would be coming back, but as it turns out, he won’t.

“The last 8 years on Vanderpump Rules have been some of the most challenging, rewarding, and fulfilling years of my life,” Taylor posted on Instagram. “Although this is difficult to share, Brittany [Cartwright] and I will not be returning for another season of Vanderpump Rules.”

The Bravo reality series which was a spinoff of The Real Housewives of Beverly Hills, has not been confirmed for season 9 by the cable network. However, this announcement indicates that they could be planning to start filming the new season soon.

“We are excited to take this time to focus on our growing family and share with you our new endeavors,” Taylor continued. “Bravo, Evolution, and our Vanderpump cast mates will always remain close to our hearts. Thank you to all the fans who have shared our journey with us and supported us through everything. We love you. Stay tuned, we can’t wait to share what we have planned. Have a great weekend.”

In season 8 of the Bravo series, a new crop of cast members joined the show. Taylor was not overly fond of the younger kids taking over the series and infamously clashed with Charli Burnett. The latter had an epic moment during the virtual reunion where she read Taylor in savagely.

Andy Cohen, the host of the reunion, asked Burnett if Taylor was threatened by her being on the show.

“I mean, threatened enough to go on Twitter and do a rampage of texts and tweets about me when I don’t even have a Twitter,” she started. “I don’t even know this 50 year-old-man. So, I mean, he’s basically a bully. I honestly could give two sh**s about what Jax thinks or wants. And as far as I’m concerned, he retired, done, and wrapped.”

The video resurfaced as Taylor confirmed he was leaving the show. Many fans pointed out that Burnett was “psychic” by saying Taylor was “retired, done, and wrapped” from the series.

Since Taylor’s departure, Burnett fired back with a tweet that read, “I guess I do know my role, and it’s employed.”

Although Burnett didn’t mention the former SUR bartender, it was obvious to fans that she was referring to him.

Bravo has not confirmed publicly when Vanderpump Rules Season 9 will start filming, or even if it will have another season.