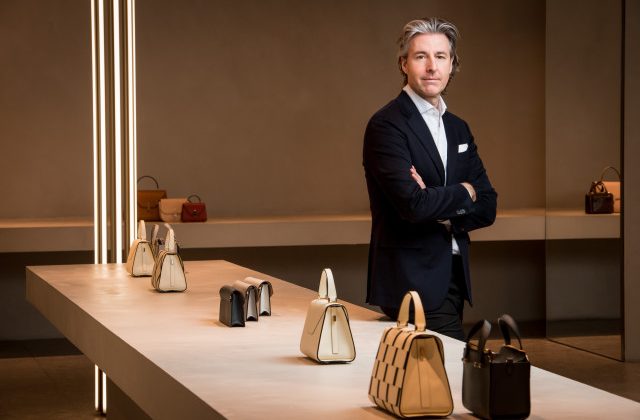 MILAN – Valextra has a new chief executive officer effective, Xavier Rougeaux, who is rejoining the Italian leather goods brand immediately. Rougeaux was its marketing and commercial director from 2015 to 2016.

He succeeds Sara Ferrero, who helmed Valextra for six years. Her achievements in growing the company and strengthening the brand globally were acknowledged by the board.  Ferrero was previously CEO at Joseph and prior to that, held the same role at Furla.

Also, Ralph Toledano is joining Valextra’s board of directors. Toledano has headed brands including Karl Lagerfeld, Guy Laroche, Chloé and Puig’s fashion unit. He is the chairman of Victoria Beckham and the president of the Fédération Française de la Haute Couture et de la Mode. Toledano is also a partner in Neo Investment Partners, which bought a majority stake in Valextra in 2013. The London-based investment firm has stakes in fashion and lifestyle brands including Victoria Beckham Ltd.,  Miller Harris and Alain Mikli.

Rougeaux was most recently the ceoof Smythson in London, which he joined in 2018. He previously held senior positions at luxury brands including Loro Piana and Sergio Rossi.

In a phone interview, Rougeaux called Valextra “the quintessence of luxury and creativity, representing Italian excellence in craftsmanship and design, while being very contemporary. This is a beautiful professional opportunity to write the new chapter of Valextra with Neo and on a personal side, in this difficult moment impacted by the pandemic, I will be able to be closer to my family.”

Valextra is known for its sophisticated and hand-crafted bags and leather goods marked by a signature lacquered piping.

While it has over the years collaborated with several artists and designers, Valextra last year presented the collective project Extra Milano launched in February, an initiative with five other fashion brands from the city.

Valextra presented a number of its storied handbags revisited by Sunnei, Plan C by Carolina Castiglioni, Arthur Arbesser, La DoubleJ by J.J. Martin and Massimo Alba. The genderless collection was distributed throughout the year, with monthly drops that started in May with Martin’s take on Valextra.