Val Kilmer is doing as well as can be expected after his battle with throat cancer, his kids say.

Kilmer’s daughter, Mercedes, and son, Jack, gave an update on the actor’s health Wednesday, approximately five years after he beat the disease that has left him with long-term complications.

Jack, 26, added, “Everyone has been so supportive; it makes me emotional. It’s really beautiful to see people come together.”

Kilmer, 61, confirmed he had cancer in April 2017 after years of speculation. Later that year, he revealed how the diagnosis changed him.

“I was too serious,” he told the Hollywood Reporter at the time. “I’d get upset when things like Oscars and recognition failed to come my way.” 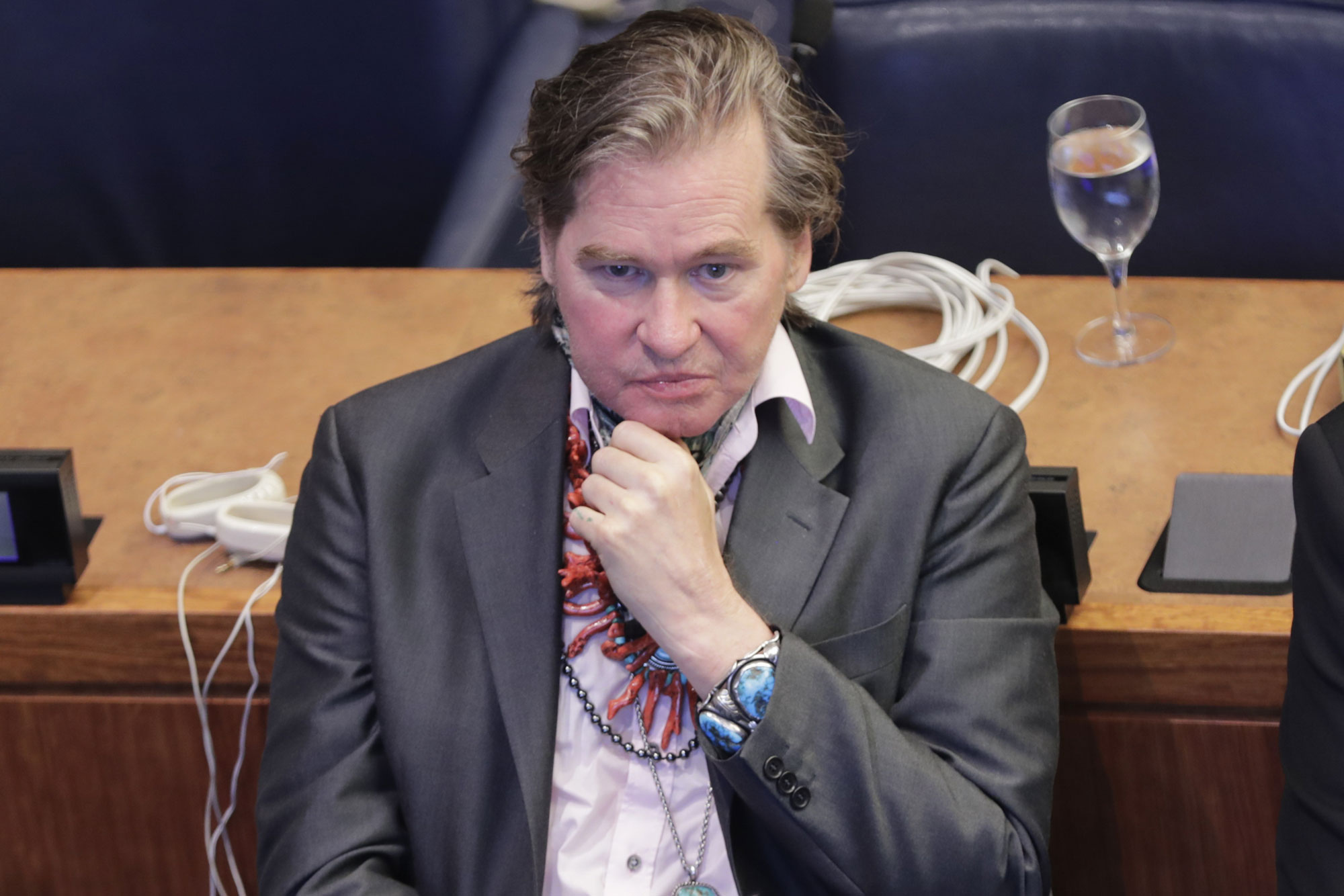 Mercedes and Jack, who are also actors, helped produce Amazon’s upcoming documentary on their dad, “Val.” It debuted at the 2021 Cannes Film Festival in July and hits Prime Video this Friday.

Jack had to speak for his father in the film, as Kilmer revealed that undergoing “extensive radiation and chemotherapy … left [his] voice impaired.”

“I’m still recovering, and it’s difficult to talk and be understood,” he said.

The documentary features home videos and several bombshells, including that Kilmer did not want to do “Top Gun” but “was under contract with the studio, so [he] didn’t really have a choice.”

Mercedes told Entertainment Tonight that the documentary made her “emotional.”

“I wouldn’t say things surprised me about my dad. He’s such an open person that I know very well,” she said. “But it did really surprise me to see it with an audience. I’m so used to people not understanding my dad. I’m so used to his public image being different than the playful, funny person that we know.”