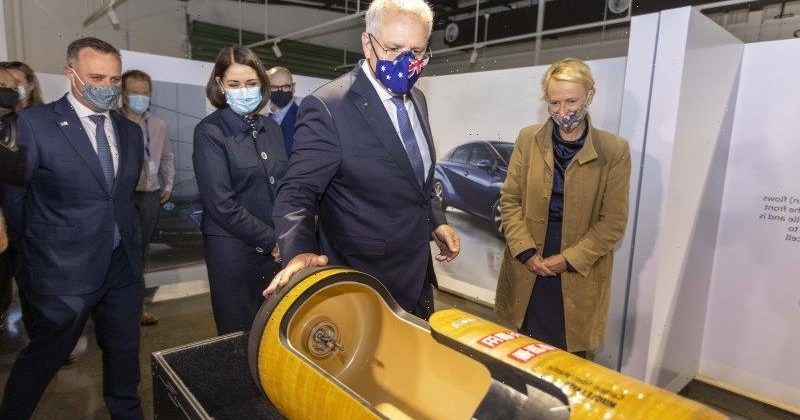 Prime Minister Scott Morrison has challenged corporate Australia to step up and end its “rent-seeking” approach by instead focusing on offering the cheaper, sustainable solutions that customers are demanding across Australia and in the world’s biggest economies.

In an interview with The Age and The Sydney Morning Herald, an upbeat Mr Morrison said he believes the world will beat climate change in the same way it has responded to other crises and warned against adopting the “defeatist” attitudes of climate activists and foreign leaders who say “we’ll all be ruined”. 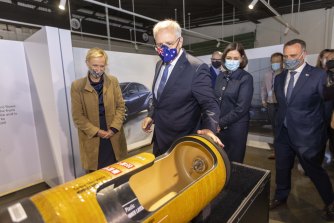 “I’m very confident we can solve this,” Mr Morrison said, sharpening his re-election pitch to voters ahead of next year’s poll. “I have much more confidence based on the track record of world history that this will be solved by the entrepreneurs and the scientists and the industrialists and the risk-takers and the investors, and supported by smart regulation.”

Modelling released on Friday of the government’s plan to reach net zero emissions showed Australians would be $2000 per person better off by 2050 by reducing emissions. It found hundreds of thousands of jobs would be created in areas such as mining and manufacturing, but there would be substantial dislocation to the coal industry which is expected to halve in value. The modelling also found Australia would face high carbon tariffs imposed on its exports if it failed to adopt a net zero target.

About 100 companies have been the source of more than 70 per cent of the world’s greenhouse gas emissions over the past three decades and Mr Morrison said multinationals should drive down their costs instead of begging for taxpayer subsidies to do the right thing.

“There is a rent-seeking element to what we see, even out of the corporate sector,” he said.

“Consumers’ choices I think are pretty clear now and the corporate sector has got to change their mindset. There are 20 million people in Australia, we’re an affluent society and economy, and we spend money on things and we buy cars and we drive them a long way. You sell us a car at the right price. And we’ll buy it. So how about your focus on getting the cost to a price that we’ll buy.”

He said cracking next generation low-emissions technology and exporting that to developing economies in the region, such as Indonesia and India, would be “just like the vaccine”.

Labor leader Anthony Albanese said on Friday the government was “incapable of acting” and Mr Morrison couldn’t lift his 2030 emission reduction target because the party room wouldn’t let them.

“They’re held back by the constraint that is there from Coalition members who are climate sceptics,” Mr Albanese said. “This Prime Minister will be remembered for ridiculing renewable energy, ridiculing action on climate change. And he has a record going way back on that.”

Australia was one of a handful of countries being urged at the UN COP26 climate summit to set a new and more ambitious 2030 emissions reduction target, but that request was ditched from the latest draft COP26 declaration. Other developed nations are also pushing for a price on greenhouse gas pollution.

Despite fierce criticism of the government’s technology-focused plan for a lack of detail and failure to lift 2030 targets, Mr Morrison said he remains certain that governments cannot solve the issue through imposing mandates or through a carbon price.

“That doesn’t mean government doesn’t have a role, of course it does, but it’s not the answer. It’s helping support the answer. And ultimately, consumer choice will drive it.”

He defended months of internal wrangling and dissent over the decision to sign up to a net zero target and said he expected voters see the value in taking time to make such a decision.

“I think they’re going to have far greater confidence that their interests are going to be looked after, by myself and in my team,” he said.