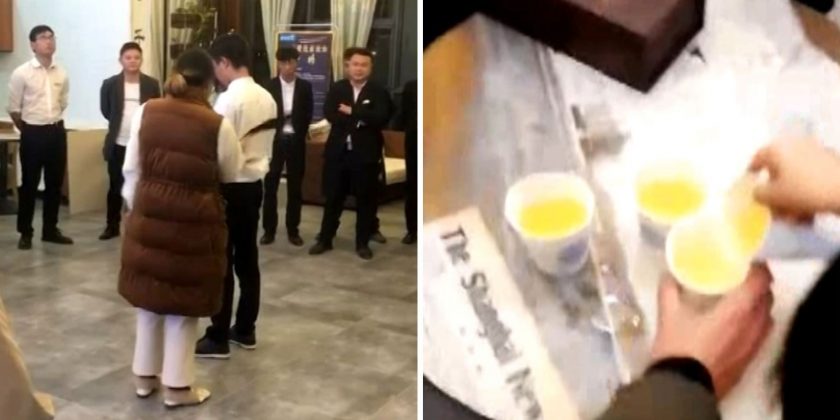 We all have our share of bad boss stories. But it’s tough to outdo the Chinese sad sacks who endured untold abuse and humiliation from sadistic overlords — all in the name of encouraging better performance.

As reported Wednesday by the BBC, an employee of a home renovation company in Guizhou was whipped in retaliation for doing a rotten job.

Others were threatened with being made to eat cockroaches. Some subpar wage slaves even had to drink toilet water, have their heads shaved and down plastic cups of urine.

The harsh discipline became all too known after a video of the dastardly behavior modification gambits went viral. As to why employees did not report their bosses to authorities, apparently the company had a habit of withholding pay and people were afraid of losing out on their money.

Adding insult to injury, this was not the first incident of wildly inappropriate on-the-job treatment in China. Earlier this year, workers at a property company in the town of Yichang were abused at an “appraisal session.”

One man was slapped in the face. Others were made to crawl around like dogs. This time as well, a video of the awful activities leaked out. Social media exploded.

One commenter railed, “What kind of work is worth losing a man’s dignity? This business is rubbish and should be closed.”

The moral of these heinous acts? Sometimes, as the real estate salesmen in “Glengarry Glen Ross” learned, there are worse things than getting a set of cheap steak knives as a performance bonus.