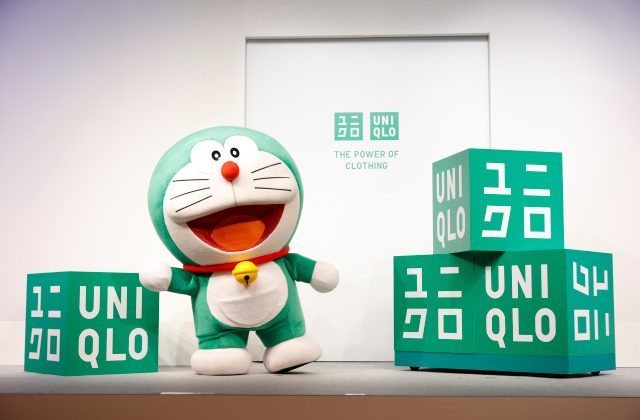 Koji Yanai, group senior executive officer in charge of sustainability for Uniqlo parent company Fast Retailing, made the announcement at a press conference in the Japanese capital Monday. He noted that 2021 marks the 20th year of the brand’s sustainability efforts, and said its long-term goal is to become the world’s most sustainable retailer. One of the company’s more concrete aims is to achieve net-zero greenhouse gas emissions by 2050, becoming fully carbon-neutral across its entire supply chain, as well as all offices and stores.

“Reducing carbon emissions is not a goal that can be achieved through one single action,” Yanai said. “We must tackle the issue through all business activities across the entire company.”

Yanai said the green Doraemon will be used to promote sustainability initiatives. When asked if Uniqlo would be making clothing with the character’s image, he said there were no such plans at the moment. And while he said it was something that the company would like to do, it would have to be done in a sustainable manner. He also said there is no set term for the partnership, but that Uniqlo wants to work with Doraemon “for a long time.”

While Uniqlo’s iconic red logo will continue to grace its storefronts and product advertisements, the green version will be used for events or projects related to environmental or social improvements.

The Uniqlo ambassadorship is the second high-profile fashion foray for Doraemon since the start of the year. Gucci previously released an extensive capsule collection of clothing and accessories featuring the character, timed to coincide with the lunar new year holiday.