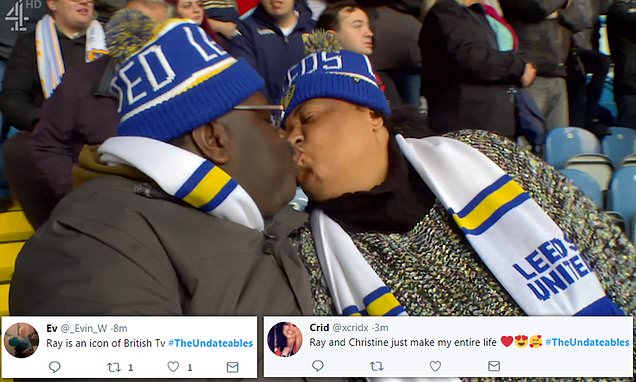 ‘He is an icon of British TV’: Undateables viewers hail Ray a ‘legend’ after he takes his girlfriend to a FOOTBALL match to celebrate their anniversary – but she refuses to give him a kiss unless the team scores

Viewers of last night’s Undateables have hailed favourite Ray as a ‘legend’ after he took his girlfriend to a football match to celebrate their first anniversary.

Ray, 55, from London, finally met his match in Christine last year on the Channel 4 documentary and their relationship has gone from strength to strength.

But on Wednesday’s episode, marking one year since they met, charity worker Ray decided to introduce Christine to his other love – Leeds United football team.

But joking at the start of the match Christine said that Ray was only allowed a kiss if his team scored.

Fans of the show seemed to love the couple, who both have a learning disability, with many declaring how the couple’s love was ‘infectious’ and how Ray was a ‘true icon’. 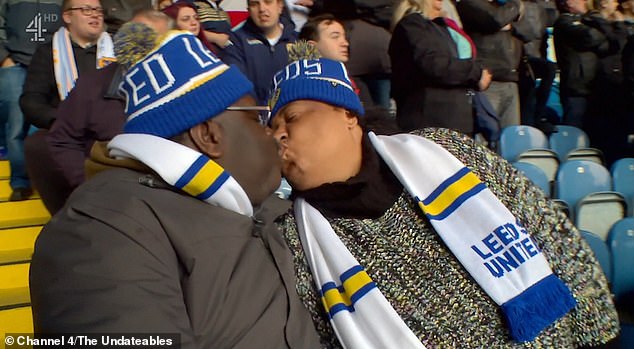 The show stated when Ray turned up late for his own surprise and tells Christine: ‘Good things come to those who wait,’ before Christine declared that the ‘good thing’ was her.

And viewers flooded social media in agreement. ‘The love Ray and Christine have…it’s just pure and beautiful,’ wrote one viewer.

Another tweeted: ‘Their happiness is infectious. I hope I have that one day.’

While an third added: ‘Ray is an icon of British TV.’

In last night’s heart-warming episode, Christine was delighted with the surprise Ray had in store for her.

‘We’re actually going to the football?’ she squealed excitedly. ‘I love that Ray. My gorgeous Ray. A big kiss to you.’ 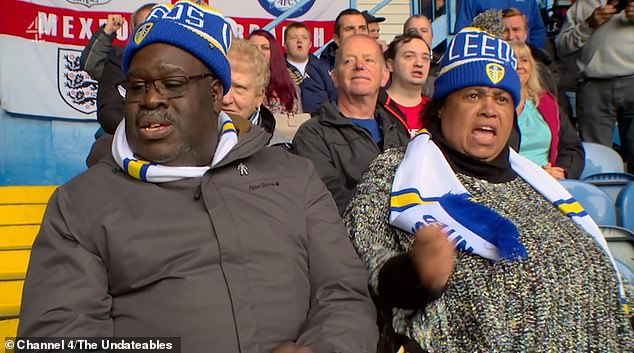 Ray and Christine watching his favourite team play football, with   Chrsitine getting into the spirit of things 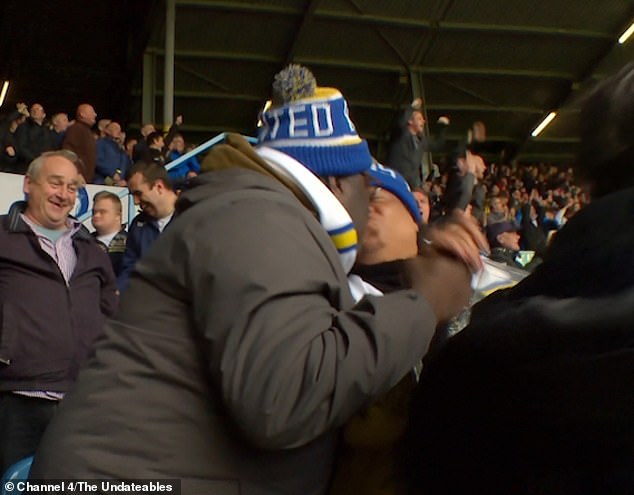 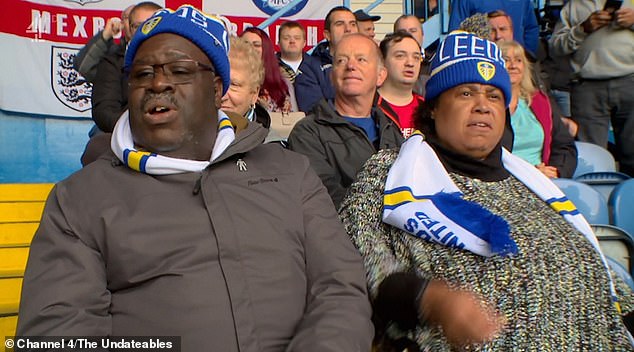 And it seems that over their past year together, Christine has really got to know the real Ray.

While Christine was anxious about the screaming at the match, Ray reassures her he will take great care of her and even teaches her the Leeds United chant on the train.

‘We call it the church because we sing a song that’s a bit like a hymn,’ he explained.

While Ray was hoping a visit to his favourite football team would help him win the way to Christine’s heart, she had other ideas.

She told him: ‘If they score, you’re going to get a massive kiss.’

Luckily for Ray, Leeds got the winning goal in the 88th minute of the match. ‘Brilliant,’ beamed Ray, after they kissed: ‘You’re the best woman I’ve ever had.’ 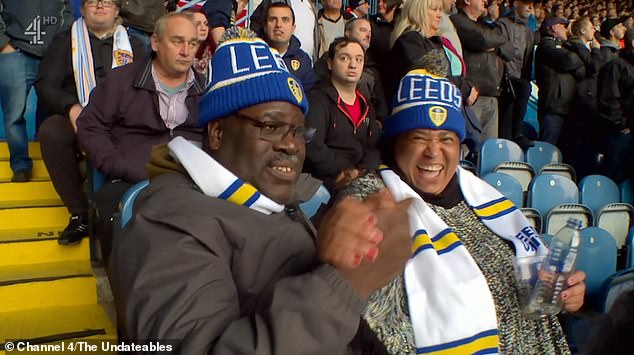 Chrsitine and Ray, the happy couple, after his team Leeds United score at the 88th minute

And Christine replied: ‘Aww that’s nice of you Ray. I loved that.’

‘If she reacts like that over a football match, how will she act when she finally gets a ring?’ commented one viewer.

While another wrote:  ‘The Undateables is warming my heart on a chilling evening.’

Another added: ‘You know it’s going to be a good show when Ray and Christine are on. Channel 4 needs to give them their own show.’ 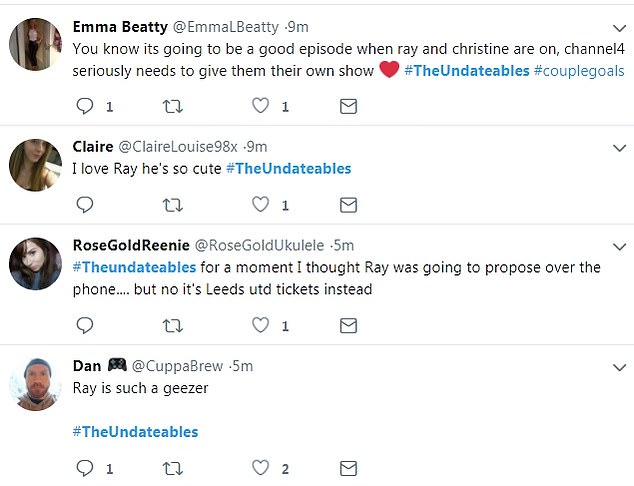