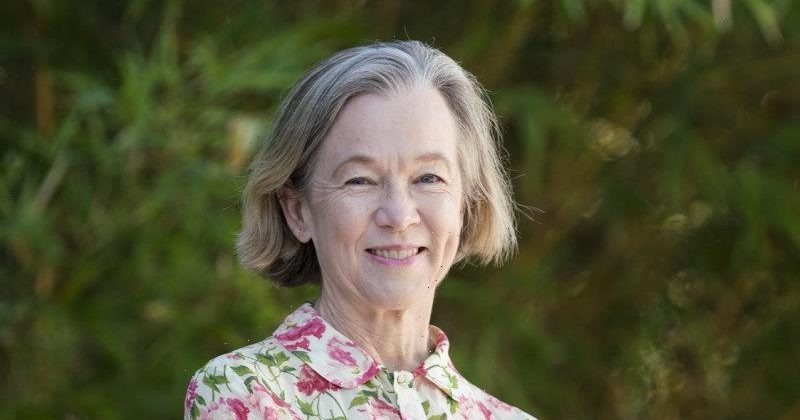 “It was a loose page of the most beautiful poetic language imaginable – we set it to music and sang it,” she recalls. But it took her another 20 years to read what many call the greatest piece of 20th- century fiction written in English. Reading it took two years, and she had it read aloud to her using a helpful guidebook, the secret, many “Joyceans” say, to understanding the Irish novelist’s genius. 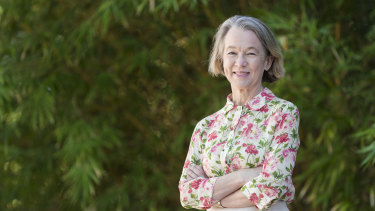 This Thursday, Carey, a more than 40-year Joyce aficionado, will read the book aloud on Bloomsday – June 16, the day on which the events of Ulysses were set in 1904. It will be part of the centenary celebrations of the novel that was twice banned in Australia, at an event organised by the Consulate- General of Ireland and the University of Sydney.

“It was a book that changed English literature and even today I’d encourage everyone to read it and reread it because we are still learning to be Joyce’s contemporaries – he was so ahead of his time in terms of gender fluidity, his voice is so astonishingly female in the final chapter,” Carey says.

From Sydney to Santiago, Melbourne to the Martello towers where it begins on the Irish coast, the book will be toasted around the world with readings, dress-up re-enactments, glasses of Irish whiskey raised on the day that is now the key event in the Irish calendar after St Patrick’s Day.

Since 1988, the James Joyce Foundation in Australia has hosted walks, talks and re-enactments in Sydney and Melbourne and now there’s a TED talk on the benefits of reading what Stephen Fry calls the “most perfectly written book”.

“No other book has a day named for it – not even Shakespeare,” says Professor Ronan McDonald, the Irish-born Gerry Higgins chair of Irish Studies at the University of Melbourne.

Caroline Downes plays the unamused Queen Victoria in Sydney in 1994 in front of Victoria’s statue, a gift from the Irish, after it was sashed for Bloomsday. Credit:Robert Pearce

But what’s the reason for its enduring universal appeal, given its rank as both a literary masterpiece and one of the world’s hardest books to read?

“As a piece of work it really broke the mould in terms of style and content with its stream-of- consciousness writing,” says the Irish Consul-General in Sydney, Rosie Keane. “The notoriety because it was banned and the fact the re-enactments took off since the first big Bloomsday celebrations by literary figures in 1954 in Dublin helped its popularity there.

“The diaspora element took it all around the world too, because when reading the book you can really hear the Irish accents,” she says. “For the Irish it is a journey back home in a book.”

And as we mark 100 years since Sylvia Beach, an American in Paris, defied censorship and published 1000 copies of Joyce’s Ulysses on his 40th birthday from her bookshop Shakespeare & Company, the other burning question is how many have actually read Joyce’s 18-chapter, 933-page tome?

“I don’t think there is a book of the 20th century that’s been so often bought and not read, everybody knows it but no one really reads it,” says McDonald, who will host a symposium at the University of Melbourne this Bloomsday to delve into the intricacies of the book.

The drama centres around Leopold Bloom, who spends the day in Dublin, wandering around to avoid going home because his wife Molly is about to begin an affair. Each chapter is written in a different style: one chapter is a play, another a bodice-ripper romance and the final chapter is a 22,000-word soliloquy; all of it with allusions to Homer’s Odyssey. 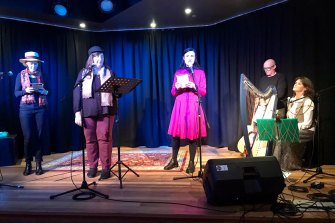 Bloomsday celebrations in Sydney in 2021.

“It went from a novel no one wanted to publish to peerless novel everyone wants to have read, but hasn’t … it was serialised and banned in the US, UK, Ireland and Australia, and now it has a cult following and has been taken up as a great festival of Ireland all around the world,” says McDonald, who himself has taken part in re-enactments on Bondi Beach with fellow Joyceans, including Carey.

“It is an extraordinary work of literary genius and encyclopaedic ambition, with its interior monologue being profoundly relatable – especially Molly Bloom’s ‘famously unpunctuated’ soliloquy as she contemplates sex with Hugh ‘Blazes’ Boylan, a man who is not her husband,” a fact, McDonald adds, that shocked Irish Catholics the world over at the time.

Robert Phiddian, a professor of English at Flinders University who has taught Joyce’s Ulysses for over 30 years, encourages reading a chapter a year as a way to appreciate its verbal playfulness.

“It’s a big and difficult book that not many readers complete, but the fact it is available still in all good bookstores around the world a century after publication speaks to its popularity,” Phiddian says. “In an era when long-form reading is under threat, the perfect way to read Ulysses is ‘slow’ reading … it is definitely not ‘Insta-friendly.’”

Bloomsday in Melbourne:
June 15-25, Yes I will, a play about Molly Bloom, will take place at the MC Showroom, Prahran.
June 16, the annual Bloomsday dinner and seminar, Ines Wine Bar, Chapel St, Windsor.

How to read Ulysses in five easy steps (According to those who have read it):