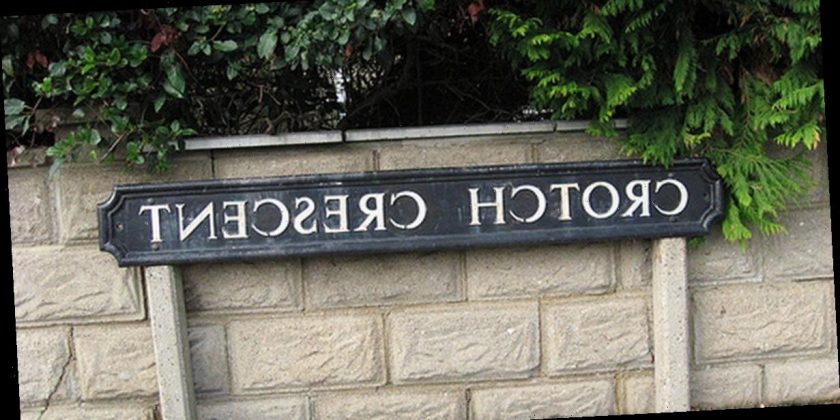 Brits love a good giggle, so many people will be left laughing as the UK's most outrageous street names have been revealed.

The motoring experts at LeaseVan.co.uk have rounded up their favourites, as they share the cheekiest roads from around the UK.

British roads have been given their names in a variety of different ways over the years, from historic settlements to community nicknames which have stuck.

However, in recent times, responsibility has fallen on local borough or district councils when assigning street names.

Some of the sillier names include Butthole Lane in Leicestershire and Oxfordshire's own Crotch Crescent – with the full list below.

A spokesperson from LeaseVan.co.uk said: “Some homeowners will view their crude road name as a curse while other families will love it, but one thing is for certain – living on or near a street with a silly name certainly isn’t boring.

“Funny or rude road names are a guaranteed way to break the ice. As vehicle specialists we’re constantly talking to drivers who spend their days travelling the length and breadth of the UK.

“So, for the entertainment of all road users, we’ve highlighted some of the most amusing lanes, streets and alleys we’ve come across over the years.”

Check out the full list while no doubt having a chuckle…

This is situated in the quaint English town of Shrewsbury. Grope Lane is steeped in history and was once best known for being a red-light district. The Tudor town is no stranger to silly names, with Bogey Lane and Butts Road close by.

Dating back to 1505, the original name of this York road is Whitnourwhatnourgate. This translates to ‘what a street’. Visitors to York can also enjoy a visit to Goodramgate and Back Swinegate.

Dick Place in Edinburgh features gorgeous treelined pavements and pretty stone walls. It is thought this street was named after landowner Sir Thomas Dick-Lauder of Fountainhall in the early 1900s.

Telling delivery drivers to bring your parcels Crotch Crescent in Oxfordshire may be a bit embarrassing for the resident, but house prices are on average £40,000 cheaper than those in surrounding areas. The saving might be worth getting red-faced for.

You can find this road over in Newthorpe, Nottinghamshire. Passers-by can enjoy the picturesque view of a local reservoir and carp fishery at Willey Lane.

Found in Shepshed, Leicestershire, residents of Butthole Lane have don't want the name changed, insisting they aren’t bothered by it.

Inhabitants of Minge Lane in Upton-upon-Severn had the chance to change to Minns Lane in 1945. However, it stayed as it was in the 1950 census. The road the Worcestershire village in sits between two local churches and a school.

This is located over in Northamptonshire and is directly opposite a small river, which is named Hog Dyke.

People passing through Doncaster on the A1 can take a short detour through Backside Lane, which sits just behind Doncaster By-pass.

We can't wait to visit them all once lockdown is finally lifted!