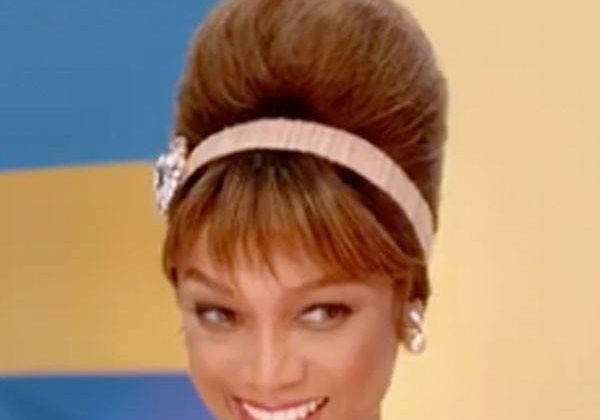 Eve is back to her old ways.

While it’s been nearly two decades since we last caught up with Tyra Bank‘s famous doll come to life, it seems Eve hasn’t changed much—including her typing. In a newly released clip for the upcoming sequel, Banks appears as several versions of the doll, including a secretary that types away while “Eve A4618” chats with another Eve on the phone.

But, much like fans learned from the first film, Eve doesn’t do well with spelling. After their urgent chat about saving the Eve doll from being discontinued, Secretary Eve presents her notes from the call. As suspected, it’s complete gibberish, just like that time Eve got a job as a secretary for Casey’s (Lindsay Lohan) dad in the first film. Fortunately, it doesn’t seem to bother Eve A4618. 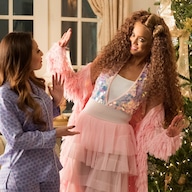 Surprise! Calling from Sunnyvale! ? #LifeSize2 is here for you on 12/2.

Surprise! Calling from Sunnyvale! ? #LifeSize2 is here for you on 12/2.

While we’re still a month away from the movie’s highly anticipated Freeform premiere, the initial trailers and clips have offered a few clues about what’s in store for the second movie. In this scene, we see that a spell has been cast yet again and it’s up to Eve to reverse it. You can also notice that Eve A4618 looks like the Eve we last saw at the end of the 2000 film and has the same Marathon Toys number, suggesting that she is the OG Eve and there are new ones at work.

Except, this time, it seems Raisa’s character, Grace, is intentionally trying to bring Eve back to life, unlike the last time when it was an accidental success.

However, why Grace brings Eve to life remains a mystery.