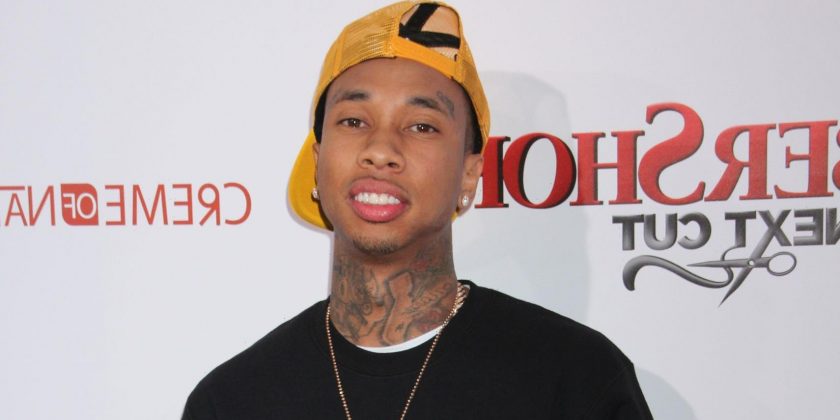 Tyga likes to show off his luxury cars on social media, but now he’s facing a lawsuit for not paying for his Ferrari and Rolls Royce. The lawsuit is the latest in a series of financial struggles the Rack City rapper is currently dealing with.

Tyga, whose real name is Michael Stevenson, has been unable to pay a 2019 settlement to Midway Rent A Car, according to court documents obtained by Radar.

Midway filed the original lawsuit in 2019 after the rapper stopped paying for the two luxury cars that he leased in 2016. The rapper leased a 2012 Ferrari 458 Spyder and a 2012 Rolls Royce Ghost from the company. They claimed that Tyga made several monthly payments before abruptly stopping. They claim Tyga stopped responding to their notices, forcing them to repossess both vehicles ahead of schedule.

Radar claims that he owed $267k on the Ferrari and $174k on the Rolls Royce at the time of the repo.

The company reclaimed and sold the cars, then demanded Tyga pay the difference on both. The bill was for $44,000 on the sportier 458 Spyder and another $84,000 on the Ghost.

Midway and Tyga settled the lawsuit in December 2019 after the rapper agreed to a payment plan. However, Midway went back to court recently, claiming Tyga hadn’t finished paying the settlement. The company is asking the courts to give Tyga just 12 more months to meet his settlement obligations.

This isn’t even the first time the rapper has had a car repossessed. In 2019 he got booted from Floyd Mayweather’s birthday bash after he got into a fight with two men who leased him a Maybach, which he also stopped paying for.

That was the second time he had a Maybach repossessed; the first was in 2016 when he was dating Kylie Jenner.

To top off his financial woes, Tyga is also facing a lawsuit for breach of contract and fraud by a company called Profusion Productions. The company provides production management and stage management services to artists.

Profusion claims that Tyga hired them to work on the tour. They started working on the project in June 2019, even personally meeting with Tyga to review plans. When Tyga called off the tour a few weeks later, they submitted an invoice for their work, and Tyga refused to pay.