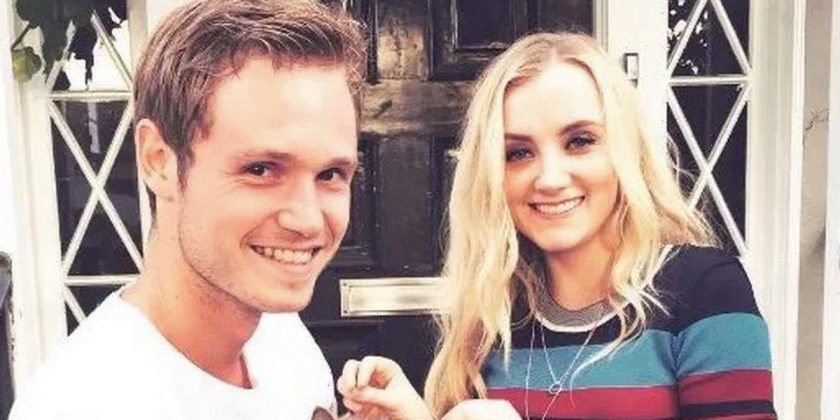 Harry Potter is one of the most successful media franchises ever to exist, and it launched the careers of some of today's most famous actors, including Daniel Radcliffe, Emma Watson, and Rupert Grint.

Supporting actors and even those given minor acting roles were able to kickstart their careers thanks to the success of the films, which catapulted them into the limelight.

With fame comes a number of pros and cons, one being the intrusion on your personal life, especially your love life.

It's no secret that some celebs go out of their way to keep their latest romance out of the watchful eye of the public, but these two Harry Potter stars took that to a whole new level.

Evanna Lynch, an actress from Northern Ireland, played Luna Lovegood in four of the Harry Potter films, and eventually became part of the main supporting cast.

Fellow co-star Robbie Jarvis, was cast as a young version of Harry Potter's dad, James Potter, in the fifth film.

The pair met on set, and sparked up a relationship which lasted for nine years unbeknown to the general public.

Evanna and Robbie began dating in 2007, and successfully kept it out of the public eye until around 2015, when they chose to go public with their romance.

The relationship lasted for nine whole years, until it came to an amicable end in 2016. However, while they are no longer romantically involved, it appears over the course of the long-term romance they made friends for life.

On each of their Instagram accounts pictures appear of them together occasionally, suggesting they have retained a close friendship. Also, when attending the Fantastic Beasts premier in New York, Evanna told US Weekly that her and Robbie were 'still friends'.

The Harry Potter set appeared to be a hotspot for romance back in the day, with fellow stars Bonnie Wright and Jamie Campbell Bower also falling in love and going on to get engaged after meeting on set.