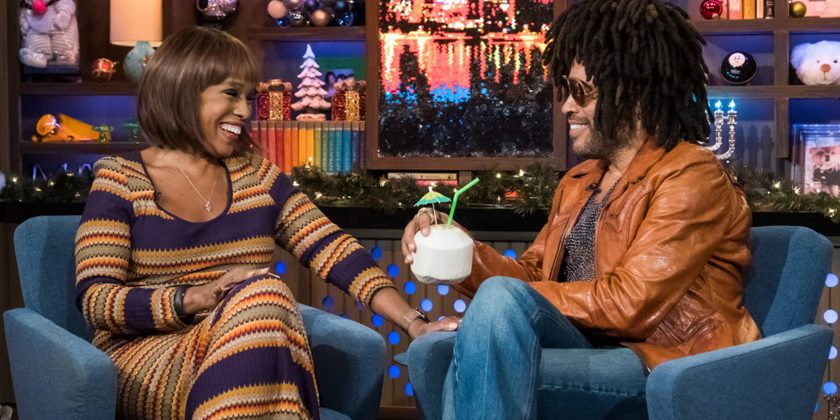 Gayle King appeared to be asking Lenny Kravitz if he was gonna go her way Wednesday night on “Watch What Happens Live!” and some Twitter users were here for it.

The “CBS This Morning” host and the musician were both guests on Bravo’s late night program where King got flirty.

When Kravitz, 54, was asked about the craziest place he’s had sex during a game of “Plead the Fifth,” King, 63, playfully turned to him, got close to his face and announced she was “listening with both ears.”

When Kravitz couldn’t determine the wildest location he’s been intimate, King suggested: “Well why don’t you just tell us where you’ve had sex, then we’ll decide what’s crazy.”

Some members of the Twittersphere were delighted by King’s on-air affections.

“Ok Gayle King is on #WWHL THIRSTIN’ over Lenny Kravitz,” a Twitter user assessed, “and tbh who can blame her?”

“Haha @GayleKing is really out here shooting her shot w/ @LennyKravitz…” another user commented, adding a GIF of a person continuously sinking baskets.

Haha @GayleKing is really out here shooting her shot w/ @LennyKravitz on @BravoWWHL#WWHL like… pic.twitter.com/xVOQkJ3gxt

“Gayle is loving her some Lenny Kravitz right now… aren’t we all?!” assessed another.

Gayle is loving her some Lenny Kravitz right now… aren’t we all?! #[email protected]