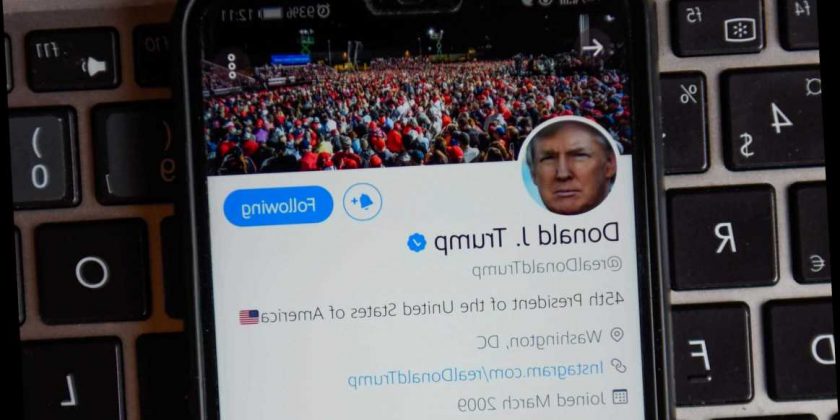 And one account, @SuspendThePres, has been diligently following along, reposting Trump’s snippy remarks as an unusual social media experiment.

The account was created by Andrew Lazar, who now volunteers on the Arizona Lincoln Project leadership team but began @SuspendThePres as an independent project in May, shortly after Trump issued an executive order targeting social media companies and accused them of unfairly working to “silence conservative voices.”

@SuspendThePres — which also has a smaller presence on Facebook — is designed to test the limits of Twitter’s algorithms and terms of use. It encourages its nearly 56,000 followers to report rule-violating tweets and has been temporarily locked multiple times for posting the exact same things as Trump, but with one obvious difference: Trump is the president, while the @SuspendThePres account is run by a self-described “regular Joe.”

Speaking with HuffPost, Lazar said that mimicking Trump’s social media feed for nearly half a year has been “definitely a bit challenging at times.”

“The routine starts out first thing in the morning,” Lazar said. “I roll out of bed around 5:30 and start rattling off the President’s late night tweets from the night before. … Then it’s just cut and paste throughout the day when I have a few minutes to myself. … All said and done, I’d say it takes a few hours in total a day to put it all together. I can think of worse hobbies.”

All that time spent siphoning Trump’s 280-character musings has led to four temporary Twitter suspensions. The first came less than three days after @SuspendThePres reposted Trump’s May 29 tweet calling Minneapolis protesters “THUGS” and warning of a possible violent intervention in the city. The latest was on Sept. 14, when the account shared Trump’s words urging North Carolina voters to avoid having their votes “illegally” taken away.

In both instances, @SuspendThePres’ verbatim re-postings of the president were flagged as glorifying violence and sharing misleading information about voting. The account was subsequently locked for 12 hours.

Trump’s original tweets, in contrast, were allowed to stay online, though they were both labeled with disclaimers that “Twitter has determined that it may be in the public’s interest for the tweet to remain accessible.”

“I’ve been suspended four times now, whereas the president has not, which just goes to show that the president’s argument that Twitter is treating him unfairly is pure nonsense,” Lazar said. He also blasted the recent “grandiose tinfoil conspiracy” of Donald Trump Jr. and Eric Trump, who both argued that their social media reach has been censored by algorithms. “It’s never their own fault. Someone else is always to blame for their own undoing.”

HuffPost reached out to Twitter in June regarding the different treatment applied to Trump and @SuspendThePres over the Minneapolis “THUGS” tweet.

A spokesperson cited the company’s policy on inflammatory tweets by world leaders under which Twitter will “err on the side of leaving the content up if there is a clear public interest in doing so.” They stressed that this wasn’t solely “a Trump rule,” citing other instances such as a COVID-19 conspiracy theory tweet by Brazilian politician Osmar Terra that remained online with a disclaimer.

“But what happens if the president isn’t reelected?” Lazar asked. “He becomes a regular citizen. Is he still afforded the same protections? That remains to be seen.”

Lazar said he asked Twitter spokespersons this very question and received unclear answers. HuffPost reached out to Twitter as well but did not receive an immediate response.

Nevertheless, despite Twitter’s special standard for world leaders, Lazar said that the platform appeared to “take its terms seriously” and added that if Trump does win a second term, @SuspendThePres will keep going — albeit in a potentially automated form.

“Six months is one thing,” Lazar said. “Four more years of reposting manually is another endeavor entirely. If he loses his bid, I will keep it going manually. I’m really curious to see what happens if Twitter will suspend an ex-president or if they rationalize it some other way. To that effect, I guess it’s up to Trump and Twitter if the experiment has an end in sight. No doubt he will violate some rule or another; it’s just a matter of time. The real question is what will Twitter’s response to it be?”