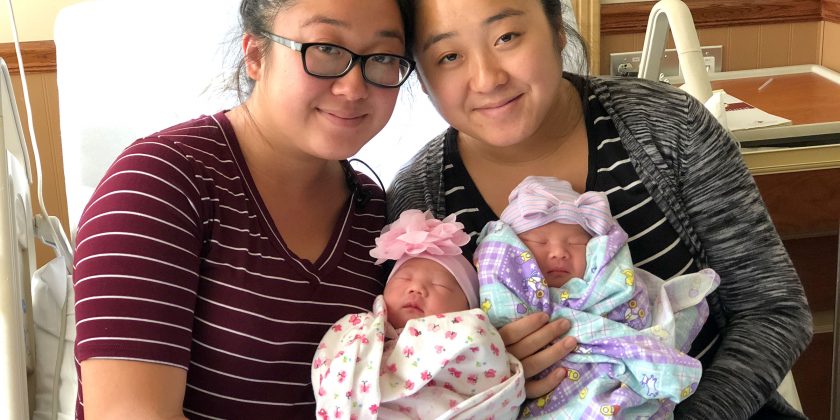 Their due dates were actually two days apart, but they both went into labor a week early on Nov. 4, with Bao Kou welcoming her first baby Nadalie Xiong less than one hour before Bao Nhia gave birth to her third child, Candra Thao, at Fresno, California’s, Community Regional Medical Center.

“We both weren’t expecting this, to say the very least,” Bao Kou tells PEOPLE, adding that she found out her sister was in labor in the next room shortly after delivering Xiong. “I was definitely in shock, but I was happy for the both of us. It’s really a miracle.”

The sisters, 23, were reunited just a few hours after their respective deliveries, and Bao Kou says the reunion was “emotional.”

“We were just feeling a lot of love and care for each other. We’ve gone through a lot,” she tells PEOPLE. “We definitely were there for each other and we both reminded each other that no matter what happened, we were always going to have each other.”

The births come after tragedy for the sisters, who both previously suffered miscarriages within months of each other.

“My sister and I went through miscarriages together and that definitely brought us closer,” Bao Kou says. “Being able to see her, being able to have her be there and keeping me together after our miscarriages was something that was very important to me.”

Now, Bao Kou says being a first-time mom isn’t easy, but she’s glad to have Bao Nhia at her side. As for their little ones, Bao Kou says she hopes their daughters grow up to be just as close as the sisters.

“They seem to get along with each other. They fall asleep next to each other fine. They cry at the same time,” Bao Kou says of the babies.

“I think that me and Julia will try our best to ensure that our children know what a close bond she and I have. Hopefully they will get to share that as well.”