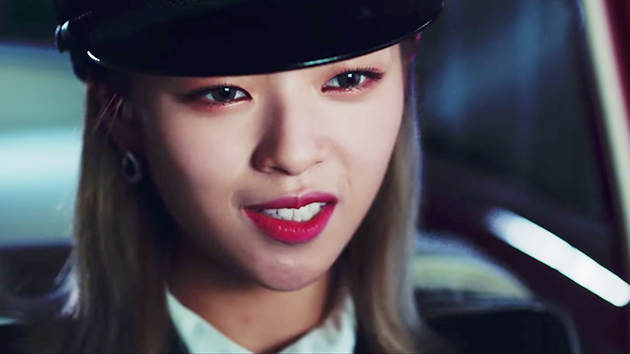 Twice just dropped a brand new smash hit, ‘Yes Or Yes’ and fans are loving it! And, the buzz online is that Jeongyeon is featured more than usual on the track! — Listen to it here, and see the best fan reactions!

Twice has done it again! The South Korean girl group — composed of nine talented artists, Nayeon, Jeongyeon, Momo, Sana, Jihyo, Mina, Dahyun, Chaeyoung, and Tzuyu — released their sixth EP, “Yes Or Yes” on November 5, and the reviews are in! Fans are loving the new track, and some are thrilled after saying Jeongyeon received more lines and screen time! Listen to the track (above), and check out some of the sweetest fan reactions down below!

“‘Yes or Yes’ feels like a natural progression from Ooh Ahh and TT. It was the best title track song from Twice this year,” one fan tweeted. Another dubbed the group the official, “Queens of Halloween”. “TWICE dropped ‘Yes or Yes’ and it is a BOP!”, one person wrote. More tweets, praising the group, continued to pour in, with one fan taking on the challenge to learn Twice’s moves. “I have every TWICE dance memorized and I’m ready to memorize the choreo to ‘Yes or Yes’,” the tweet read.

In the video, there’s a scene where Jeongyeon is driving a taxi or sorts, and fans are tweeting that she can drive them anywhere! “Can Jeongyeon take me to McDonald’s?”, one person tweeted. Meanwhile, another wrote, “Jeongyeon can be my taxi driver anytime.” After seeing Jeongyeon’s performance, many fans are in agreeance that “this is her era.”

“#Yesoryes is Jeongyeon’s era sorry i don’t make the rules,” a fan declared on Twitter. “The queen is slaying so happy for JEONGYEON she got so much lines and screen time this is very much a yes for me,” one excited fan wrote.

Twice was introduced in October of 2015, and quickly rose to fame with their 2016 single, “Cheer Up”. The song hit No. 1 on the Gaon Digital Chart and became the best-performing single of that year. The song also won “Song of the Year” at the Melon Music Awards and Mnet Asian Music Awards.