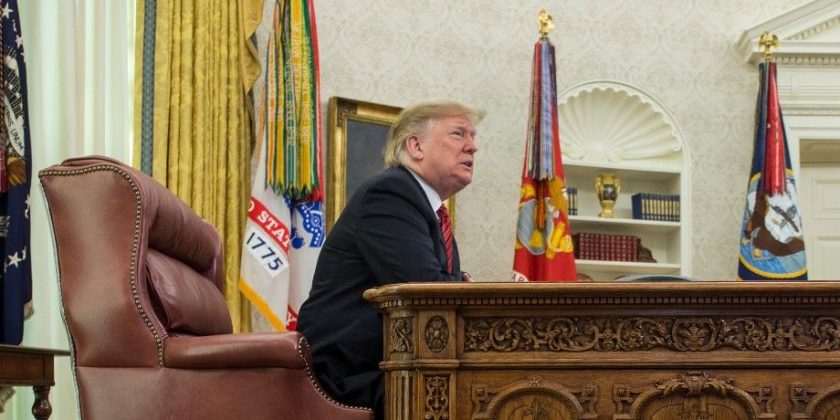 Has the United States and its allies defeated ISIS? The question is one well worth asking, especially since President Donald Trump has given conflicting answers on the topic.

On December 19, shortly after announcing that he would be withdrawing U.S. troops from Syria, Trump announced ISIS was defeated, fulfilling a campaign promise he made in 2016.

“We have defeated ISIS in Syria, my only reason for being there during the Trump Presidency,” Trump wrote out in a tweet that day.

But on Thursday last week, Trump seemingly backed-off of that claim, writing in another tweet that he recognized withdrawal from Syria meant that other nations would take up the mantle of fighting ISIS — which, by its very nature, means that hostilities are not over there.

“Does the USA want to be the Policeman of the Middle East, getting NOTHING but spending precious lives and trillions of dollars protecting others who, in almost all cases, do not appreciate what we are doing? Do we want to be there forever?” Trump wrote, according to reporting from Business Insider. “Time for others to finally fight.”

Even that statement doesn’t acknowledge, however, that his commentary from before was seemingly wrong. Trump rarely makes such statements, according to reporting from the Atlantic, either holding true to a supposed lie as much as is possible whenever he allegedly makes one or reportedly altering the wording of his mistakes and ignoring them completely.

But on Wednesday, Trump again altered his language, again acknowledging that the fight in Syria was still ongoing even though the U.S. was withdrawing from fighting. Trump reportedly made a separate statement saying that ISIS was “very nearly defeated,” CNN’s Chief White House correspondent Jim Acosta tweeted. “Trump had previously said ISIS had been ‘defeated,’” Acosta reminded his Twitter followers.

Trump’s comments also go against the realities of what is happening on the ground. Although he announced the withdrawal last week, the U.S.-led coalition of forces continued to launch missile airstrikes during this week, announcing it had done so on Tuesday, per reporting from CNN.

Trump’s announcement of troop withdrawal stunned and surprised many in Washington who felt that the U.S. presence there was still necessary. Defense Secretary James Mattis reportedly resigned over the matter, and U.S. Sen. Lindsey Graham, who is generally an ally of the president on Capitol Hill, was not happy with the announcement.

“I’m pretty annoyed,” Graham said upon learning about Trump’s decision, according to further reporting from CNN.