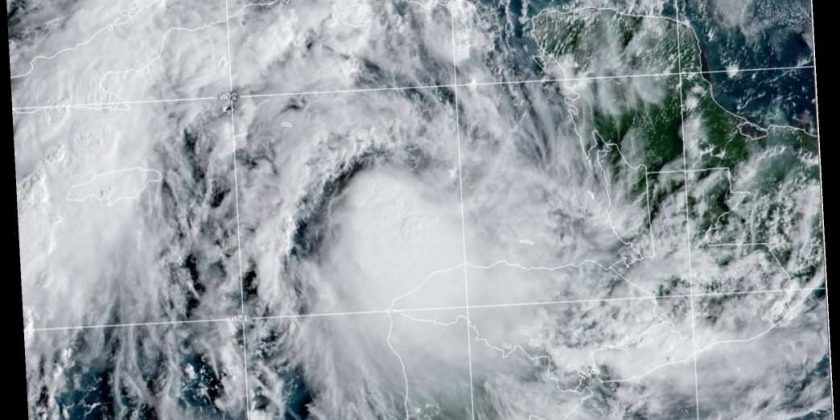 The Gulf Coast is in the path of yet another hurricane.

The National Hurricane Center (NHC) predicts that Tropical Storm Zeta will become the next Atlantic hurricane, making landfall on the Yucatan Peninsula near Cancun and Cozumel on Monday night and Tuesday morning.

Zeta is the 27th named system of the 2020 season, and follows Hurricane Delta, which made landfall earlier this month and left 700,000 residents in Louisiana, Texas and Mississippi, without power. According to the NHC, Zeta is expected to be a low-end hurricane, not nearly as strong as Delta.

After making landfall on Monday night, Zeta is expected to weaken briefly, before regaining a little of its strength as it reemerges over the Gulf of Mexico on Tuesday.

It will likely stay at this intensity until Wednesday morning as it moves north towards Louisiana and eventually weakens again on Wednesday afternoon, CBS News reported.

As the 27th system this year, Zeta puts 2020 on track to either tie or break the all-time record for the number of named storms in the Atlantic in one season. The record was set back in 2005, which featured 28 tropical storms.

The communities in the Gulf Coast have been hit hard by this hurricane season. They already weathered back-to-back storms with Hurricane Laura and Hurricane Delta.

Hurricane Laura made landfall on Aug. 26 and killed at least 26 people and led to extensive damage along Louisiana’s coast, particularly in Lake Charles and Sulphur. Just weeks later, Delta hit Louisiana as a Category 2 storm on Oct. 9, making it the fourth to hit the state this year.

NHC says that residents near the strike zone for Zeta should always prepare for a category above what is forecast, as a rule of thumb.