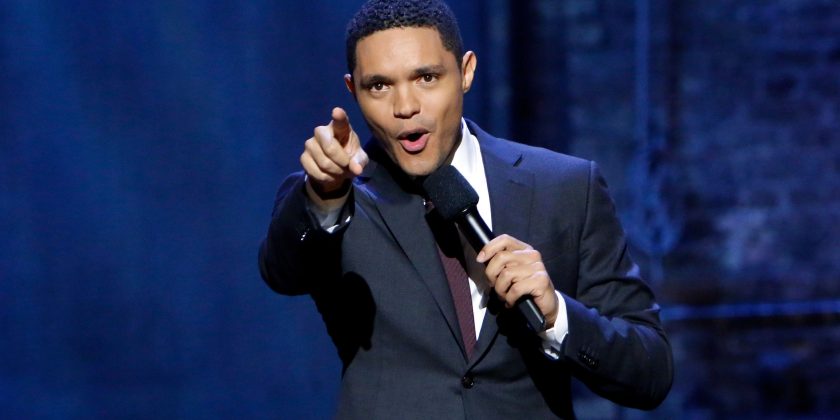 In the special, “Son of Patricia,” Noah recalled a meeting with then-President Barack Obama in which he embarrassed himself, and Obama made him feel better.

Noah visited the White House to interview Obama for an episode of “The Daily Show” that aired December 12, 2016. But as Noah revealed in the comedy special the most memorable moment of the interview came after the cameras were turned off.

“I thought he was going to leave,” Noah said. “He’s president of the United States, you’ve got to go do something. And he just chilled for a bit. We spoke as human beings.”

Noah said Obama invited him to perform at an event he was holding for his aides. But a misunderstanding led Noah to think the president had instead said he had AIDS.

“He explained what he meant and I wanted the earth to swallow me whole,” Noah recalled. “Because I had just looked at the president of the United States and asked him if he had AIDS.”

“And… the worst thing: He was nice to me, as well,” he continued. “I’m frazzled, I’m like, ‘Mr. President, I’m sorry, I didn’t mean that. You don’t have AIDS, you definitely – and even if you do have AIDS, there’s nothing wrong with having AIDS. There’s no stigma.'”

Obama said everything was fine. Still, Noah continued to stammer.

“I’m so sorry, Mr. President,” he continued. “I’m so sorry. I shouldn’t have said that. … I’m the dumbest person you’ve ever met.”

Obama said it was OK, and, in an apparent effort to make him feel better, Noah claims Obama laughed it off with a joke.

“Get out of here!” Noah cried to the audience. “So smooth.”

USA TODAY has reached out to representatives for Trump, Obama and Noah for comment.