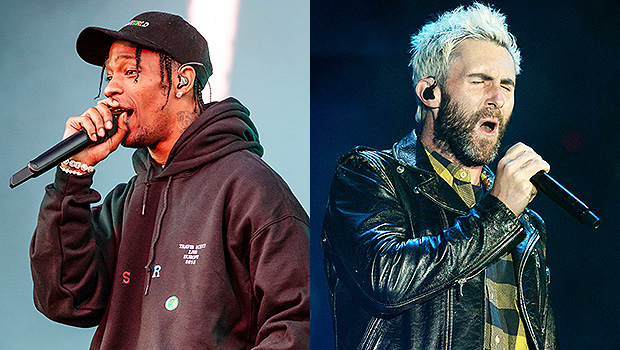 Maroon 5 finally found someone willing to perform with them at the Super Bowl: Travis Scott! The rapper has reportedly signed on for the halftime show!

After MONTHS of searching for performers, Maroon 5 has reportedly locked down Travis Scott to join them as performers at Super Bowl LIII in 2019, according to TMZ! Now, Travis will perform with the Adam Levine-led band during the halftime show in Atlanta, Georgia on February 3, and it’s sure to be epic. Travis is one of the hottest rappers in the world right now, and his Astroworld tour is huge. Performing at the Super Bowl is only going to boost his star status.

While the “SICKO MODE” rapper and Maroon 5 hasn’t confirmed the news yet, this is exciting. The band is also reportedly trying to convince Cardi B and Outkast‘s Big Boi to join the show. Cardi collaborated with Maroon 5 on their hit, “Girls Like You”, so hopefully she at least makes an appearance! HollywoodLife will keep you updated as more details about the Super Bowl performers becomes available. Keep checking back!