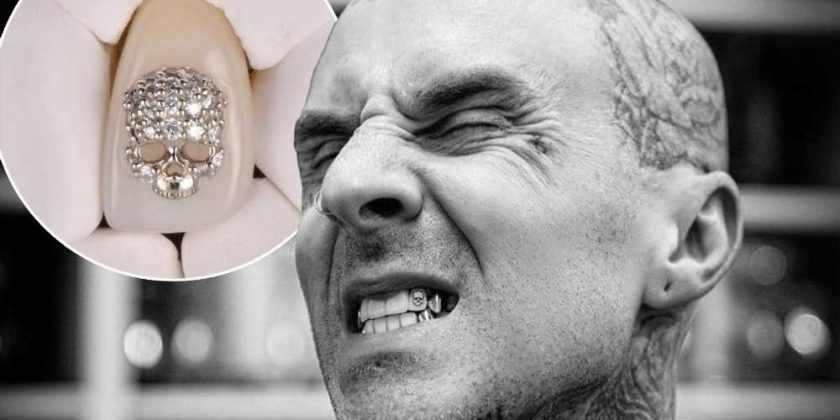 Kiss off: Kourtney and Travis keep grossing us all out at UFC 264

Travis Barker is following in girlfriend Kourtney Kardashian’s footsteps when it comes to mouth jewelry.

The Blink-182 rocker, 45, debuted a new diamond-covered skull gem on one of his incisors on Friday.

Dr. Thomas Connelly DDS, who has worked with tons of other athletes and celebrities on their smiles, created the custom embellished porcelain crown.

The dentist also revealed that the badass work cost Barker $8,000, and that the drummer is already considering another statement piece in the near future.

One person who approves of his blinged-out bite? Barker’s girlfriend Kourtney Kardashian, who showed off her own diamond-covered vampire fangs last month.

“She loves it, too,” Connelly said, adding that the reality star, 42, came in along with her beau. “She thinks it’s hot.” 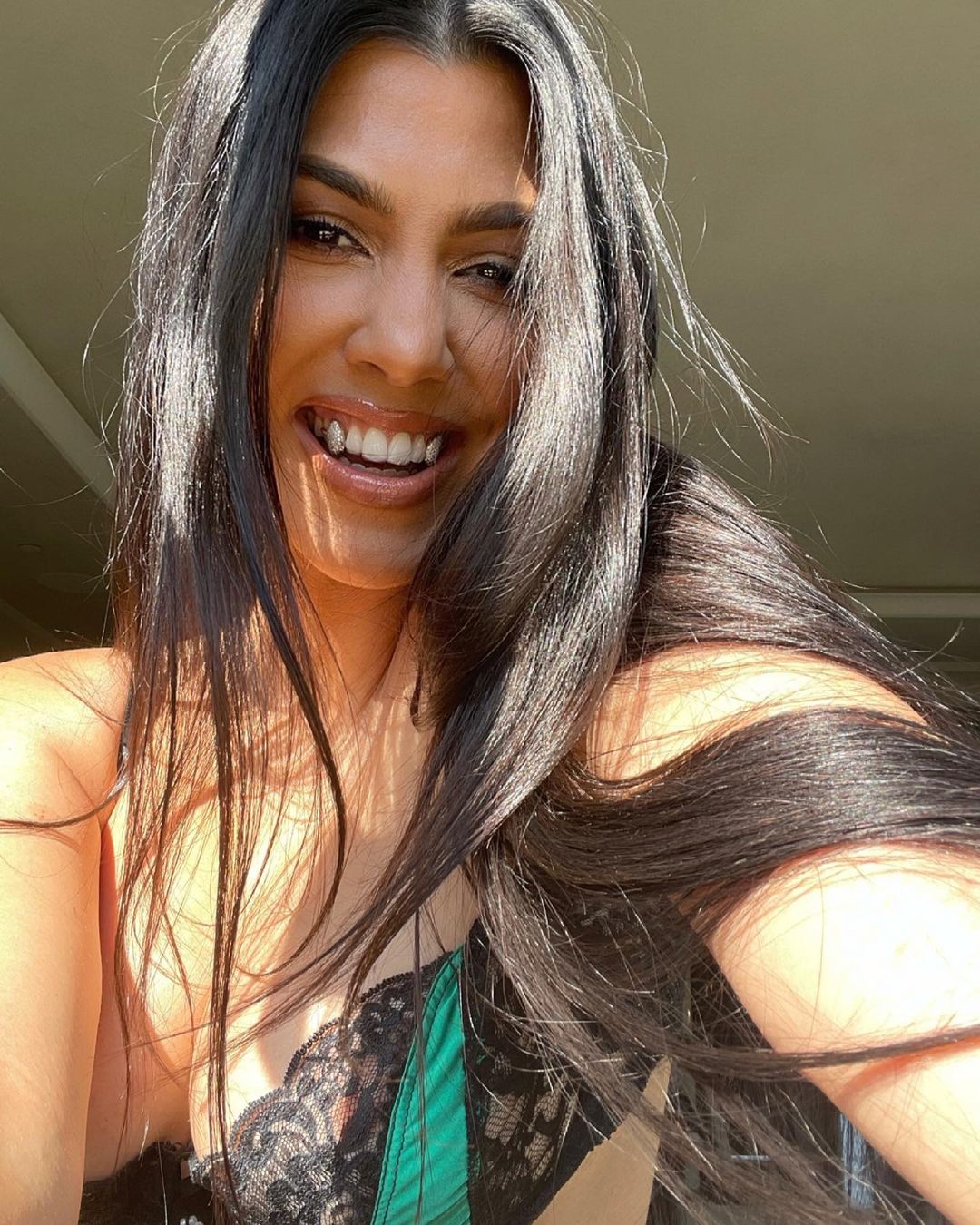 Though the mom of three is loath to admit Barker’s influence on her style, she’s worn some noticeably edgier duds since the couple started dating in January.

Kardashian also often shows off the rocker’s hair-braiding skills on Instagram and, last week, let him chop off some of her strands.

However, the influence goes both ways; last month, Kardashian tattooed “I love you” on Barker’s arm, and he also got his girlfriend’s name inked over his heart.