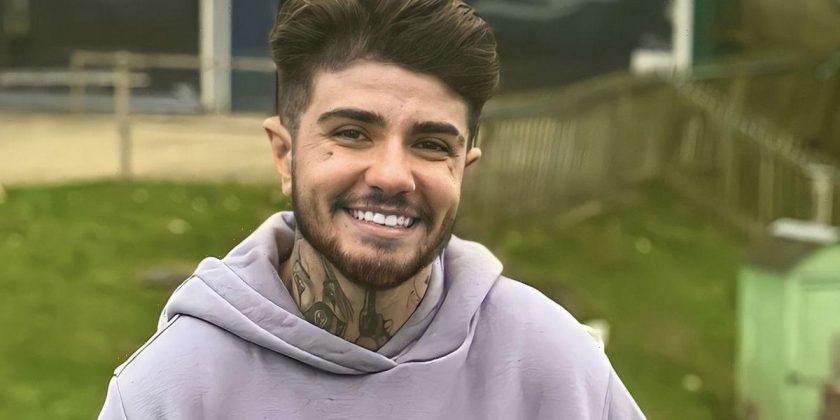 A transgender man has left blokes feeling threatened after saying he "can take their girlfriends off them whenever he wants".

Demitri Rodriguez claims that women who have been to bed with him vow to only date trans men from then on.

The 22-year-old also says trans men have better fashion sense and are unlikely to abandon a woman after having a baby.

In a series of TikTok videos, Demitri, from Stratford-upon-Avon, believes women should be more accepting of trans men.

The recruitment resourcer, who came out publicly at 18, thinks he has an edge over lads as he knows how the vagina works.

He said: "We know how the vagina works.

"The amount of female friends I've had who have told me they've had s*** sex because lads don't know how to find the clitoris."

He added: "I was born with one, so at least I know.

"I've slept with girls who've said they wouldn't date anybody other than a trans man from that point. They say sex just isn't the same.

"Trans men have had a vagina, or they might still have one if they haven't had the surgery.

"It does put men at a disadvantage compared to us. I also think it's a universal truth that trans men dress better.

"I don't think I've ever seen a trans man who dressed like dog s***, to be honest.

"I think we're better for fashion advice too. Most lads don't know anything about make-up unless they're gay."

Demitri even keeps sanitary towels at his home in case a girl comes over and needs one.

He explained: "I think more lads should do that. It just makes a girl feel more at ease.

"I can see both sides of it and that's why I think I have a lot of people coming to me for relationship advice.

"I put the video out because I've heard a lot from my trans mates that women won't date them because of body parts and what-not.

"And because I'm so open about myself, I thought I would give people something to talk about."

Since he shared the videos, Demitri was "in a little bit of shock" when they went viral.

He admitted: "It was a bit overwhelming. I've had attention from girls before, but not on that level. It came as a massive shock.

"I didn't realise that many people wanted to date a trans man. In real life, my experiences have been pretty split.

"A lot of women do gravitate towards trans men because they want to experiment.

"Girls are always way more accepting of trans people than boys anyway. I don't know if it's because they feel a bit threatened.

"I think they feel threatened by the fact that I could turn around and take their girlfriend off them if I wanted to."

In a TikTok video, which has racked up over 50,000 views, Demitri shared reasons why trans men would be more appealing partners.

The captions read: "The reasons why you should date a trans man: We understand how girls think and feel as we used to be one.

"We know how to treat you properly as we have the biggest loyalist hearts.

"We tend to be better in bed as we know how the vagina works. We weren't born with f*** boy mentality."

Commentators agreed with his points and flooded his comments with date requests and compliments.

One said: "TikTok has definitely made me change my preference, transmen all the way."