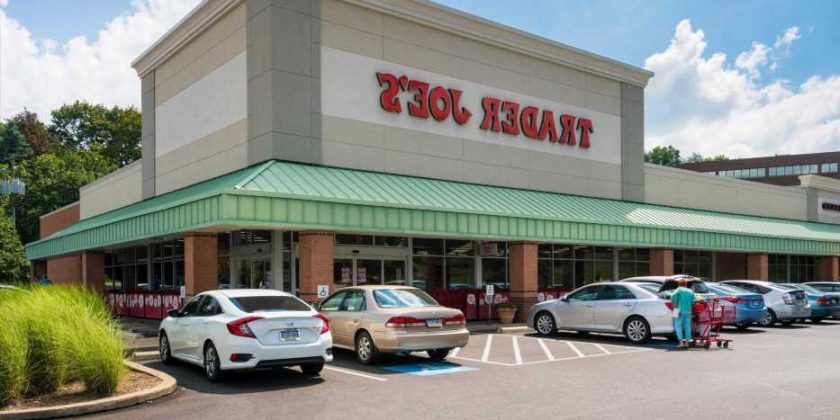 STAFF at Trader Joe's have revealed what it's like to work at the grocery store.

They claim that shifts are tiring with tough hours and early starts and that you can't get bonuses. 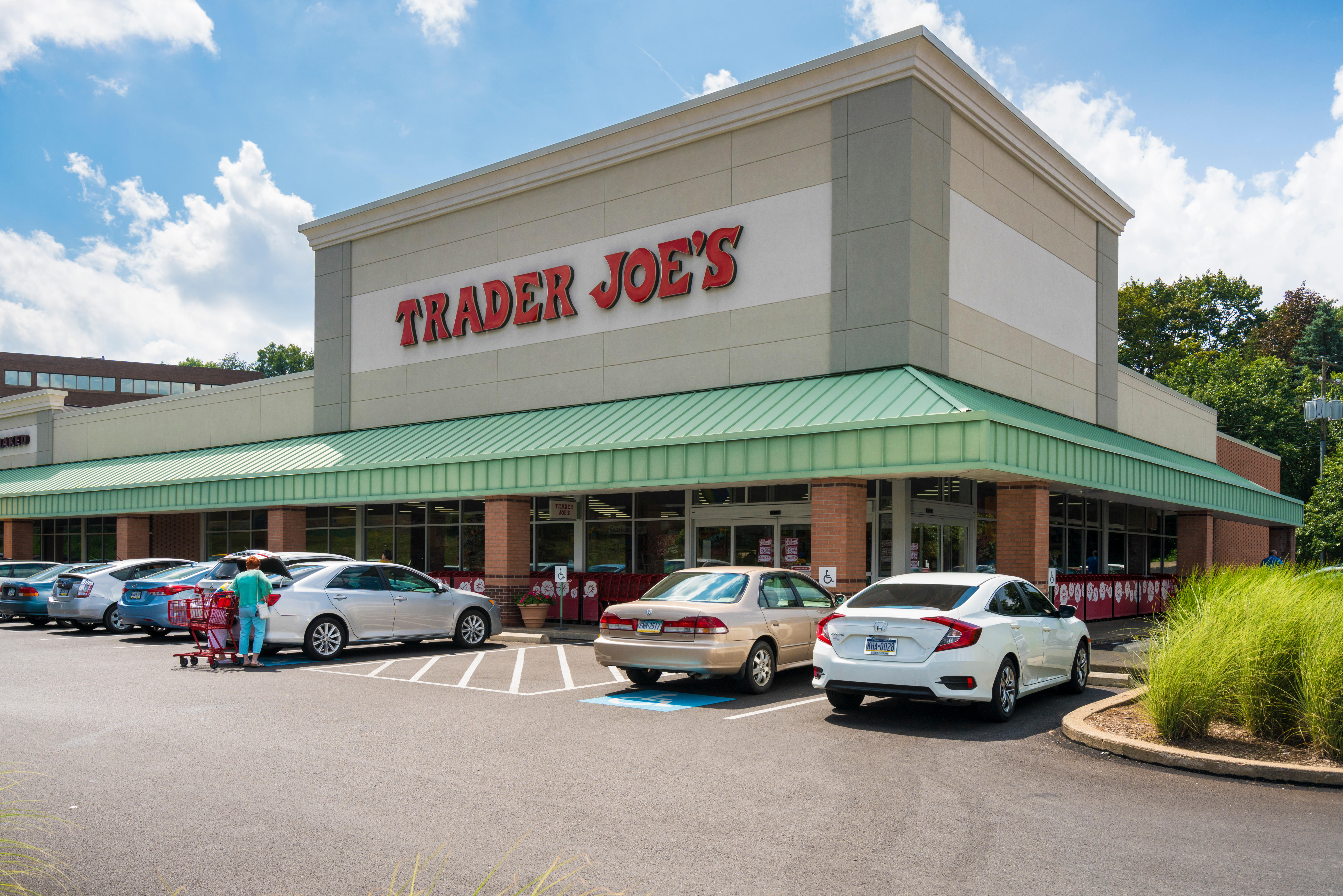 The first Trader Joe's opened in the US in 1967 and now there are almost 500 across the states with tens of thousands of employees.

In nearly 2,800 reviews posted on job search website Glassdoor, staff members and ex-workers have given it a 4.2 rating out of five stars.

One current employee in Raleigh, North Carolina said the environment is great but that you'll need to be prepared to "work your tail off", especially during holiday season and weekends.

His claims were reiterated by a former employee who warned prospective candidates that "revolving shifts caused sleep deprivation", while others said they start work at 4am or 5am. 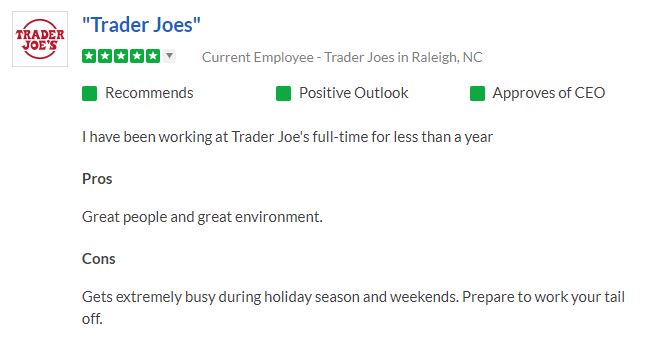 Loads of reviewers also focused on the physical nature of the work, which some claim is unsafe.

One current employee in Oakland, California wrote: "Safety is not enforced at the store level and not encouraged in any meaningful way by corporate.

"Crew works in unsafe conditions because it would be too expensive to repair them.

"The company consistently prioritises keeping the store open for business over worker safety." 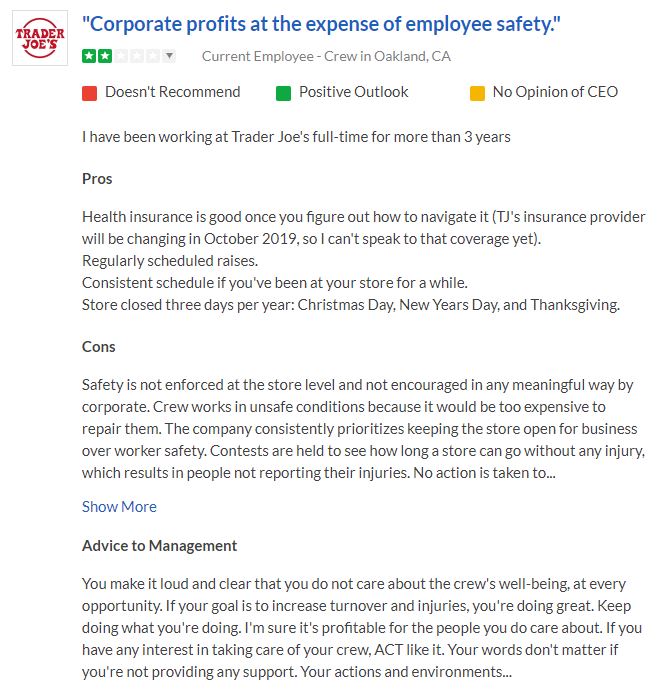 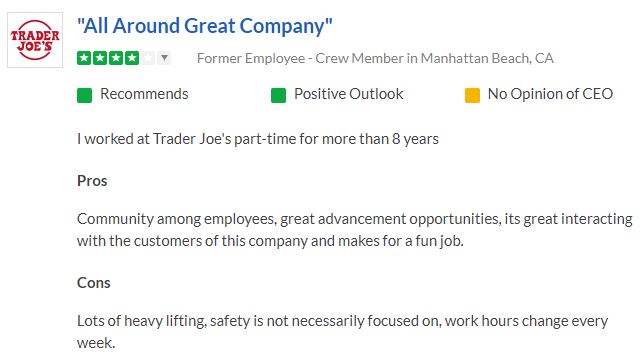 While a former employee in Manhattan Beach, California, said: "Lots of heavy lifting, safety is not necessarily focused on, work hours change every week."

But many workers also praised Trader Joe's for its great pay and benefits, including a 10 per cent staff discount.

One current employee in New York said: "Flexible hours, some of the highest pay in the industry and great benefits."

While another simply stated: "Pay is good."

And a third one said: "Regularly scheduled pay raises," but added that these are fixed amounts and that you get no bonuses.

Trader Joe's declined to comment when contacted by The Sun, and added that it was named America's best employer by Forbes earlier this year.

Most read in money

OR if you're a pumpkin fan, you're going to want to head to the grocery store as it's just released an entire pumpkin range.

Meanwhile, Taco Bell is giving out free bean burritos for the next month.