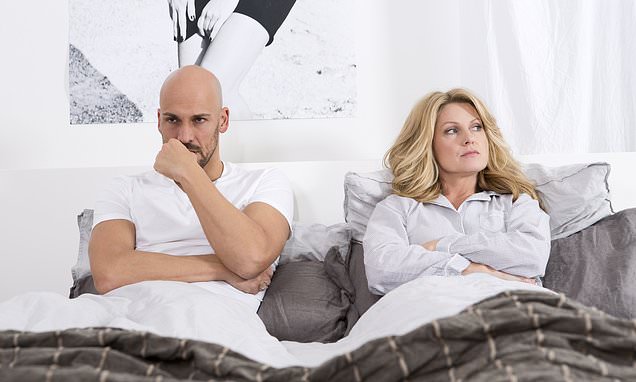 Great sexpectations? Relationship expert Tracey Cox reveals the eight ‘problems’ with your sex life that are completely NORMAL (and when you actually should be worried)

We all have expectations about what we think a good sex life should be like.

But some of the things couples worry about, aren’t problems at all.

Are you suffering from unrealistic sexpectations?

Here’s eight issues that DON’T mean you have problems with your sex life.

You have sex less than twice a week

There have been many (many) surveys done to find out how often the average couple has sex but, for some reason, the figure that’s stuck in most people’s brains is 2.2 times per week.

Which means what, exactly? Two sessions of intercourse and .2 of oral sex? It’s meaningless and hundreds of surveys since then have thrown up completely different statistics. 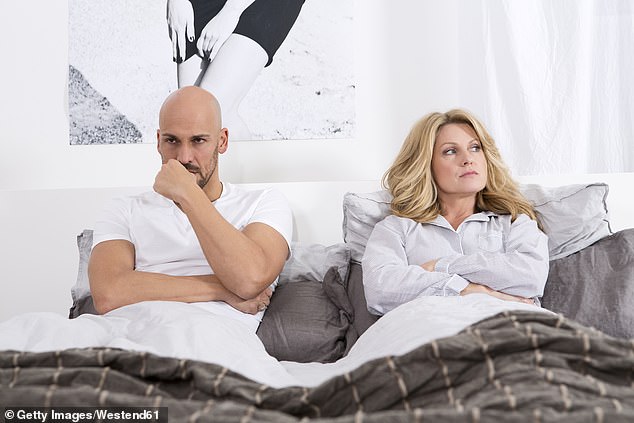 Sex and relationship expert Tracey Cox reveals the minor issues in your sex life that are definitely nothing to worry about, including making love less than twice a week

The averages of how often couples have sex are just that: averages. All couples have dips and peaks depending on the stage of their relationship.

If you’re having sex once a month and have only been together for six, it could be a problem. If you’ve got two kids under five, both trying to hold down jobs and having financial problems, it would be bizarre if you were swinging from the chandeliers every night.

It’s normal for sex to take a backseat at certain stages: frequency is an indicator of sex problems but not an absolute.

More important is the quality. Lots of couple prefer to have a longish sex session once a fortnight than three quickies.

How high are your sex drives? If both your libidos are quite low once a month might be perfect for both of you.

There’s a basic human longing for novelty however much you love your partner.

Love doesn’t stop you being attracted to other people, it just stops you acting on the attraction.

Fantasising about someone new is actually a very sensible way to indulge the urge to be unfaithful. Far preferable, I think you’ll agree, to doing it in reality. 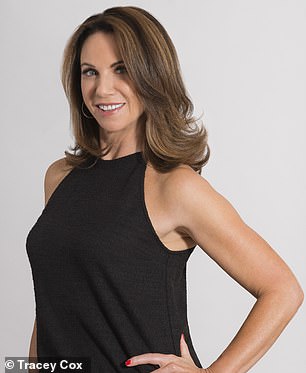 I do need to add a few get-out clauses here though: fantasising about other people every time you have sex with your partner isn’t a great sign, and there’s evidence that fantasizing about the same person – particularly someone who’s available in real life – could feed the desire to act on it, rather than calm it.

Otherwise, it’s one of the best ways to keep sex hot long term.

Doesn’t really matter though: if you’re doing it, it’s win-win for both of you.

You do the same things every time you have sex

You and the rest of the world.

It’s not ideal (obviously) but if this means your sex life is bad, we’d all have to put our hands up. 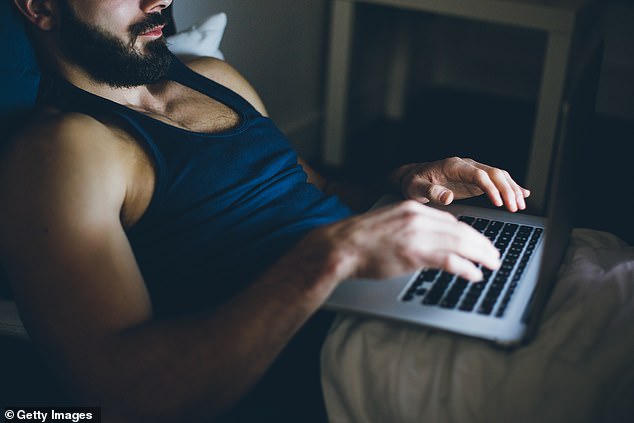 Boredom can be the kiss of death (so get to it and think of some new things to try together) but predictability in love-making can also be a huge plus for some people.

Knowing exactly what’s about to happen and when, enhances arousal for people who need to feel ‘safe’ in bed or struggle with orgasm and need set, specific stimulation to achieve it.

You don’t have an orgasm through intercourse

If you’re a woman and you can’t orgasm through penetrative sex alone, welcome to a club that has 80 per cent of the female population as members.

Penetration alone rarely does it – nearly all women need some type of clitoral stimulation as well to climax.

The problem with intercourse is this: while thrusting feels very nice, it’s an ineffective way of stimulation the clitoris because it’s positioned outside the vagina.

This means most sexually savvy couples add clitoral stimulation, often by him using his fingers during intercourse.

This is great in theory. In practice, his hand gets knocked around and it’s a bit like trying to rub your head and pat your tummy at the same time.

Trying to thrust with his hips and rub with his fingers isn’t easy.

The most sensible solution is for the woman to DIY.

It also makes sense if she needs a specific, particular technique, done in a certain order and a certain way.

FIVE THINGS YOU DO NEED TO WORRY ABOUT

You’re both angry and resentful

You can’t have great sex if your relationship is in tatters.

If the standard look you send each other’s way is a glare, there’s little or no affection and you feel like you’re competing against each other, rather than part of a team, you’re in trouble.

If you often think ‘Why should I have sex with you? What have you done for me lately?’, it’s definitely time to get therapy or have an honest discussion.

It’s absolutely fine to take sex off the table, if you both agree it’s time to take a break (sick parents, just had a baby, work pressures etc).

Quite another thing suddenly stopping having sex completely or letting sex drop from once a week to once a month to zero over time, with no explanation or discussion to check you both agree this is OK.

You dread having sex

You don’t have to be gagging for sex but the prospect shouldn’t fill you with absolute dread.

If it is, pinpoint why. If sex is painful, get medical advice. If you’re bored stupid, come up with some new things you can both try.

There’s another reason this may be the case…

The better sex is, the more you’ll want it: it really is that simple.

If you’re pretending your partner’s technique works to arouse you and makes you orgasm, rather than telling them what would work, you’re both in trouble.

How can they fix the problem if they aren’t aware there is one?

You secretly think sex is ‘dirty’

Sex is fun. Well, it is for people who have a positive attitude to it.

If you see sex as ‘dirty’ or even scary, it’s not much fun at all.

If you’ve had negative sex experiences – strict parents with a restrictive religious upbringing, some type of sexual abuse or an ex-lover who made you feel bad about yourself, again, consider talking things through with a therapist.

Find a good one at bacp.co.uk.

The sooner we all accept this and work with how the female body is designed, the happier couples will be.

Again, seriously, who does?

The sexiest person on the planet doesn’t feel attractive when they’re sick, having a fat day/bad hair day, stressed, anxious, depressed or just a bit off.

Some days our self-esteem is low, sometimes it’s high and both affect when and if you’ll feel sexually attractive.

It works both ways: our partners aren’t going to look hot all the times either!

If you never feel sexually attractive and it stops you getting naked or having sex, it’s a problem that needs addressing.

It’s also about love, fun and – crucially – connection to your partner.

Very few couples consistently have the bed-shaking, knee-trembling sex sessions we see on screen long-term. To have that sort of sex, you usually need to make it happen – like try something new and naughty to press fresh buttons.

Intense, lusty sex is not the norm long-term but the exception.

A lot of time sex will be a bit of fun, an expression of love, a simple release for a physical need.

It’s OK for it not to fit the standard model of sex we see on Netflix or the movies where it’s all urgent and moany and sweaty.

Would it concern you if your favourite foods were different? If you liked different movies?

If you know you each like different styles of sex, it also means you’ve been honest with each other about what you want.

It’s only a problem if you both have very different ideas of a great sex session but haven’t told each other.

There are ways to get around this: like ‘take-turn’ sex where you each get a turn to have sex the way you want.

Another good compromise is to divide up the session to cater for both your needs.

If he wants fast, hard sex based around intercourse and you want lots of oral, followed by slow intercourse with you on top, one compromise might be this: the session starts with ‘her sex’, resulting in an orgasm for her through oral, then continues to ‘his’ style of intercourse for him to orgasm.

Traceycox.com has lots more blogs about sex by Tracey and info about her books and product ranges.