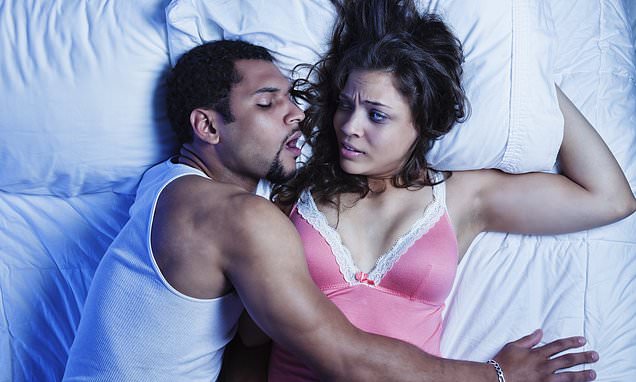 What NOT to do in bed: Tracey Cox breaks down the guaranteed sexual turn-offs for men AND women from bad breath to baby talk – so how many are you guilty of?

True, one person’s idea of hell in bed can be another’s heaven. But there are some bad bed habits that are absolutely and universally disliked.

Here’s a list of the all-time worst things to do during sex. Turns out bad sex isn’t better than no sex after all…

Poor hygiene tops the list for everyone for obvious reasons. Seriously, is it that difficult to shower, wash yourself properly, clean your teeth and wear freshly washed clothes?

Especially when you know you’re going to get up close and personal. 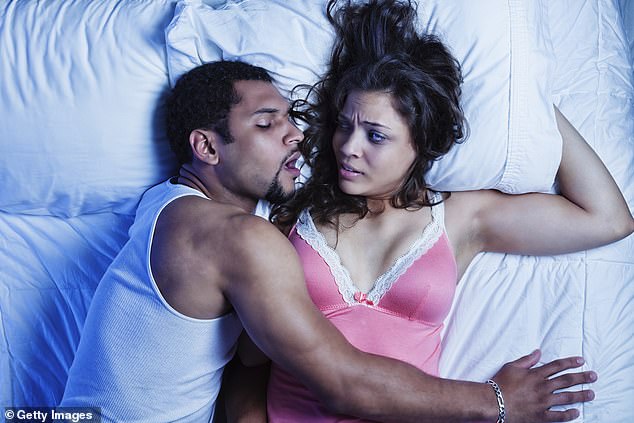 Body odour is bad enough but nothing is more off-putting than genitals that smell.

Pay particular attention to the words ‘wash properly’, if you’re a bloke.

Weird names for your bits

Same the pet names for after sex when we can either wince or giggle without destroying the mood.

Not reciprocating with oral sex

A deal-breaker for most, sane people. And why wouldn’t it be? It’s takes selfishness to a whole new level.

With good, practical information on sexual technique easy to find online, is there really any excuse for not having a clue what you’re doing?

Literally licking your face or neck, kissing with a stiff tongue that’s trying to tickle your tonsils, kissing like an overexcited teen, making no attempt to match kissing styles – people who can’t kiss often don’t get past first base. 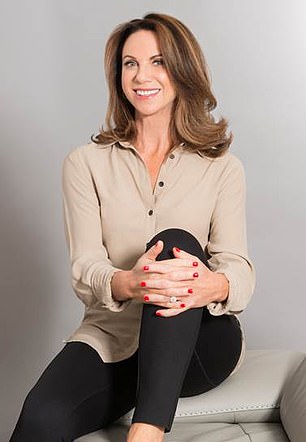 Tracey says that bad kissers rarely get further than first base

For good reason: how we kiss is a reliable predictor of how good we’ll be in bed generally.

You’d be amazed the amount of people who pay lots of attention to their appearance – but completely forget about their feet.

Men, particularly, are guilty of this one.

The only thing worse is than scratchy, ugly feet on men are long, dirty fingernails. Unhygienic, potentially painful, all-round disgusting.

It’s nice to be asked for feedback on technique with a well-timed ‘Is this OK?’ or ‘Is there anything you’d like me to do differently?’.

Quite another being asked every two minutes ‘Do you like that?’ and wanting hours of reassurance once sex is over.

Talking about exes and how good they were at something

It’s rude. It’s boring. And it they were that good, why aren’t you still with them?

Lots of people hate it at any time but it’s particularly creepy when used during sex.

Don’t go there without discussing it first.

Completely naked genitals can sometimes be a bit of a shock, not to mention unflattering and a little…disturbing. 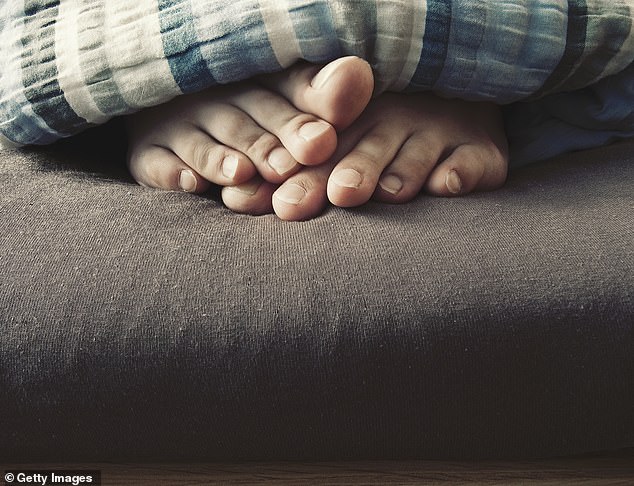 On the other hand, pubic hair that’s never been trimmed or tamed at all looks lazy and gets in the way.

No-one likes opening their eyes while kissing to find their partner staring at them but avoiding eye contact completely during sex makes it insultingly impersonal.

And there’s the woman who’s over theatrical and super noisy in bed. It sounds fake and makes him nervous – especially if flatmates are next door and the walls are thin.

Not willing to experiment

Last but not least, refusing to try new things sexually is the quality most likely to make you (yawn) exceedingly boring in bed.

THE TOP 10 TURN-OFFS FOR WOMEN

Fast and furious thrusting does nothing other than annoy the hell out of most women.

Even more unappealing, this thrusting style tends to follow foreplay that’s woefully inadequate or unskilled, so hurts as well. (Not knowing when to stop is another female pet hate also worth mentioning here.)

It’s not impressive, it’s cocky (and not in a good way). No more than one change per session please, and, even then, only if it feels necessary and doesn’t involve clumsy rearranging of limbs.

Pushing our head down

It’s the quickest way to get us to stop doing what we’re doing and never do it again.

The number one complaint of all women, regardless of age (though up the amount of complaining, the older the woman is). When you think you’re being really gentle, guys, go half as soft as you’re doing.

Getting offended if we direct you

It doesn’t matter how many lovers you’ve had, each female is different. We’re not criticising you when we move your hand, simply showing you what suits us.

Many women say men don’t read their body language for signs. If she presses against you, she wants more pressure, if she pulls away, she wants you to be more gentle (see above).

Stopping at the crucial moment

Our orgasms often last longer than yours do (there has to be some payoff for not having as many). You might think we can’t possibly still be having one but we might well be! If you stop what you’re doing while we’re still climaxing, the orgasm continues but it’s not as intense and we feel horribly robbed.

Thinking sex is over because he’s had an orgasm

Terribly glad you had a good time but you aren’t the only one in the bed. Get to it.

Asking ‘Are you close yet?’

Nothing is more guaranteed to delay or kill an orgasm completely than the person who comes up for air every thirty seconds to check on progress.

Sending unsolicited pictures of your bits

Close-ups of genitals might turn men on but for most women, nah. If you insist on sending something, make it a pic of a well-toned abdomen, focusing on that lovely ‘V’ that leads to your prized possession.Less is sexier.

Having pets in the room

Even if you love your cat or dog more than anything in the world, it’s freaky for lovers having them stare or – worse – trying to join in by licking somewhere highly personal!

THE TOP 10 TURN-OFFS FOR MEN

Semen isn’t poison (and it’s not going to stain anything, either, by the way).

No idea what you’re doing

Some women have absolutely no clue what to do with a penis: they tug at it, bend it backwards, stroke it so softly he can’t feel a thing and wouldn’t have the foggiest how to pleasure orally.

Do a quick google (or visit my website) to brush up on the basics and/or at least ask what feels good.

Not even in the room, let alone in the moment

This almost always rates as the number one passion killer for men.

Move. Make a noise. Do something, anything other than ‘starfish’ – laying there like just being there naked is enough.

It’s hard enough to tell whether a woman’s had a real orgasm or not.

Even harder if you make no noise whatsoever throughout the entire thing.

A bit of direction is helpful but too much strips away any confidence and deflates the healthiest erection.

Not insisting he wear a condom

Him refusing to wear a condom is (quite rightly) a deal-breaker.

But if you’re too quick to trust that he’s ‘clean’, he stops trusting you.

Besides, how do you know he’s telling the truth, bar seeing a test result (and since when do doctors/sexual health clinics give a written letter saying as much?)

Not being body confident

Insisting on the lights off, staying under the covers, leaving your top on, saying ‘Don’t touch me there, I’m too fat’.

You are a far, far worse critic of your own body that he will EVER be.

Men know why we do it and know our heart’s in the right place (to protect that delicate male ego) but most would still rather you tell them what you need to have a real one.

I don’t care what’s happening on social media, put the phone away.

And don’t suddenly talk about something unrelated to sex, like ‘Remind me to tell you what my boss said later’.

Act like you’re expecting a wedding proposal after the first time you have sex with him, and it’s highly unlikely there will be a second.