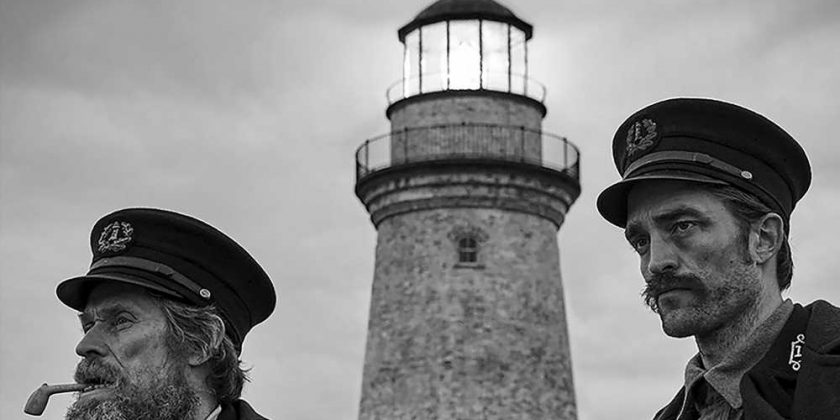 TORONTO – Ever wondered what a mermaid vagina would look like?

I certainly hadn’t, until I saw “The Lighthouse.” But that’s only the tip of the surrealist iceberg in this beautiful black-and-white head trip from director Robert Eggers (“The Witch”), where Robert Pattinson and Willem Dafoe battle the elements, drink, dance, fight, fart and stumble toward the edge of madness as lighthouse-watchmen on an isolated rocky outcropping.

It’s a rare pleasure to encounter a movie so genuinely strange you’re not sure how to define what you’ve just seen. Fortunately, director Robert Eggers was on hand at the Toronto screening Sunday night, along with Dafoe, to talk to the crowd sitting agape in the IMAX theater as the credits rolled to the tune of an old sea shanty.

“I have this stupid obsession with trying to do things period-accurately,” said Eggers (“The Witch”), who dug into the writings of Herman Melville, Robert Louis Stevenson, dictionaries of sailor lingo and more to create his two-man drama set in the late 1800s on a windswept coastline, which he co-wrote with his brother, Max. He also built the structures used in the film, shot in Nova Scotia, from scratch – including the titular lighthouse whose gleam, he’s been told, can be seen from 16 miles away. (There is precedent here: for his first film, he demanded historically-accurate hand-forged nails be used in the construction of the houses in his story about a witch haunting a Puritan village).

It makes sense that “The Lighthouse” would come from a mind this obsessive; Eggers seems to have poured much of that sentiment into Dafoe’s character, Thomas Wake, the old-salt keeper of the light, who torments his newly-arrived assistant (Pattinson) with endless backbreaking tasks and berates him for not doing them fast enough. What happened to the old assistant? Pattinson’s Ephraim Winslow can only wonder at Wake’s story about the boy being driven mad by the gleam at the top of the tower. But then, Wake has his doubts about Winslow’s seemingly placid back story as well.

The film starts slowly, with occasional blasts of the lighthouse horn and the smash of waves into the rocks and wooden decks (Eggers’ sound design is a character in its own right, and if you get the chance to see this film in IMAX, jump on it). Toots from the flatulent Wake demonstrate the reality of living without any modern ambient noise, and add a nice comic touch to the overarching aura of gloom. Soon, though, the dynamic between the taciturn Winslow and the taskmaster Wake has disintegrated into something far more menacing. At one point, Wake has dirt shoveled into his face as he lies in a hole: Dafoe described the experience as “Not pleasant. But memorable!” With a shiver, he added: “There was water at the bottom of the hole. It was so cold.”

I hesitate to describe too much more, as part of the intrigue is the unfolding of its increasingly nightmarish imagery. I will say that Pattinson, who continues to prove he’s a real talent who just happened to get his start in the cheesiest of places, gives an all-time great monologue rant when asked if he likes Wake’s cooking. “But ye’re fond of the lobster, aren’t ye?” Wake asks almost tearfully when Winslow finally stops yelling. By turns funny, sinister, haunting, historically fascinating and mythical, “The Lighthouse” is one of the best films of the year.