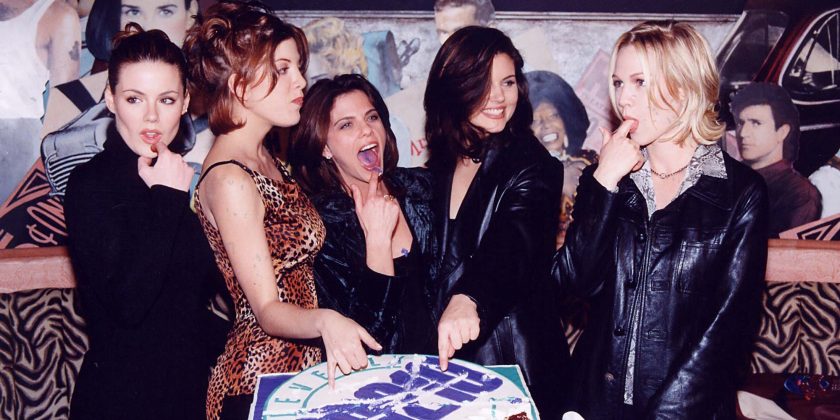 Return to the Peach Pit? Tori Spelling announced that a Beverly Hills, 90210 revival featuring some members of the original cast is officially in the works.

Spelling looked surprised by the hosts’ reaction to her news. “Did I just confirm something that wasn’t known?” she asked as she held her hands over her mouth.

The Stori Telling author then provided details about what viewers can expect. “It is the OG crew back together, and we’re playing heightened versions of ourselves,” she explained. “The fans will be pleasantly surprised, though, because we will intercut that with scenes from the show. So it’ll be a whole ensemble cast.”

A few familiar faces may be missing from the project, though. “Luke [Perry] has Riverdale, so Luke will do as many as he can do,” she said. “But almost the whole original cast.”

Shannen Doherty’s availability is also up in the air after her breast cancer battle. “We would love to have her on. … There is no status right now,” Spelling noted.

Chatter about a 90210 revival ramped up after the reality star and her former castmates Jennie Garth, Ian Ziering, Brian Austin Green and Jason Priestley reunited in Los Angeles in December 2018. Spelling told Access Live that she and her costars “were having coffee in between meetings with networks.”

The Last Sharknado star previously teased the revival in September 2018. “We’re talking about it. We’re definitely talking about it,” she told Us Weekly at the time. “The cast all remained very close over the years. … I know it’s something that the fans really want and we all love each other, so we would love to work together again.”

She added: “I think we are invested in … kind of turning a reboot on its heels and doing something a little different. So that’s why we’re taking our time to do it right.”